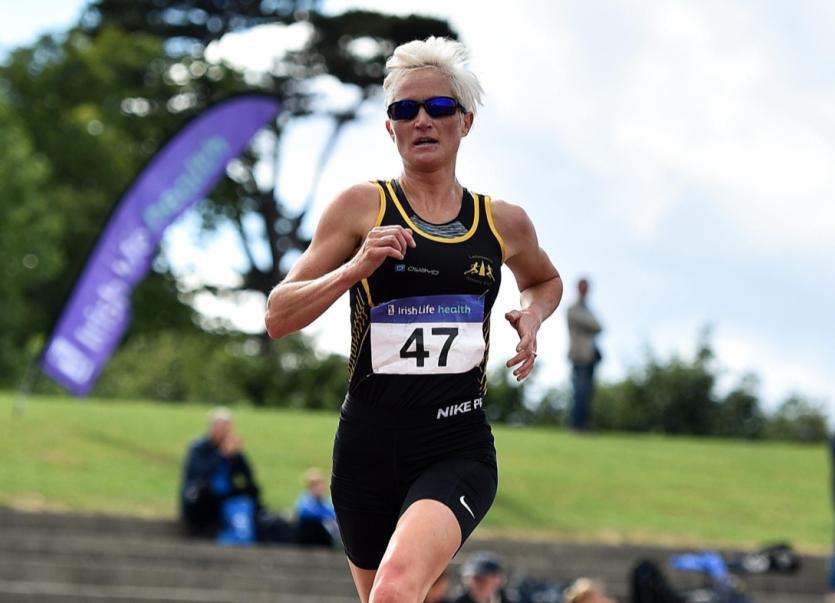 Athletics' activities, indeed sporting activities in general, have been almost non existent throughout Ireland, as well as throughout the world, during the last 4 months. However, road racing made a welcome return to Ireland on Saturday, in the form of a 10K organised by Athletics Northern Ireland at Down Royal racecourse.
Ann-Marie McGlynn, who was displaying exemplary form before the March lockdown, showed, amazingly, that she has come out the other side in even better form. She clocked 32.43, to win the women's race by more than 2 minutes over North Down AC's Jessica Craig. Ann-marie gained a top 20 finish overall in a race that was won by Stephen Scullion, Clonliffe Harriers, in a very fast time of 29.13. Ann-marie's time, in addition to being a PB, put her top of the all time list in Northern Ireland for 10K on the road. Ann-Marie was already Northern Ireland's fastest ever Half Marathon runner and Marathon runner. She is now in the F40 category and her time is a new Irish F40 road 10K best time.
Her performance took a mammoth 1m45s off the existing record, held since 2014 by ex Olympian, Catherina McKiernan. No F40 runner in Britain has bettered Ann-marie's time this year and only 1, Priscilla Welch (1985), has ever beaten that time. It is 13 seconds faster than the best F40 time posted by the highly rated Jo Pavey, the only British runner to ever compete in 5 Olympic Games.
Letterkenny Athletic Club's New Mills 10K will take place on Sunday July 26th, starting at 9.30am. The club will follow Athletics Ireland guidelines in order to ensure that the race adheres to social distancing and sanitation etiquette in relation to Covid-19. The race limit of 120 has already been reached, and no entries will be taken on the day. There will be chip timing and a generous prize list. The race headquarters will be Aura Leisure Centre and the course is the familiar New Mills loop. However, it is in the opposite direction to previous years, which means it starts in the direction of Conwal Cemetry. There will be a staggered start. Spectators are asked not to gather near to the start. Letterkenny AC is grateful to Divers' Hyundai for their generous sponsorship.
Letterkenny Athletic Club wishes to extend condolences to club stalwart, Philip Connolly, following the death of his mother, Margaret. A large group of Letterkenny AC runners were in attendance at the funeral on Friday and formed a Guard of Honour as the hearse approached the Church.
Condolences are also offered to all those club members who lost loved ones during the last four months including Theresa Wiseman, whose father died on May 4th, Anthony Ward, whose father died on May 20th, Patrick Brennan, whose father died on June 3rd and Barry Mackey, whose uncle died on July 3rd. Also Frank McDonald, Hugh Ward, Peter James Brennan and Hughie Greene.