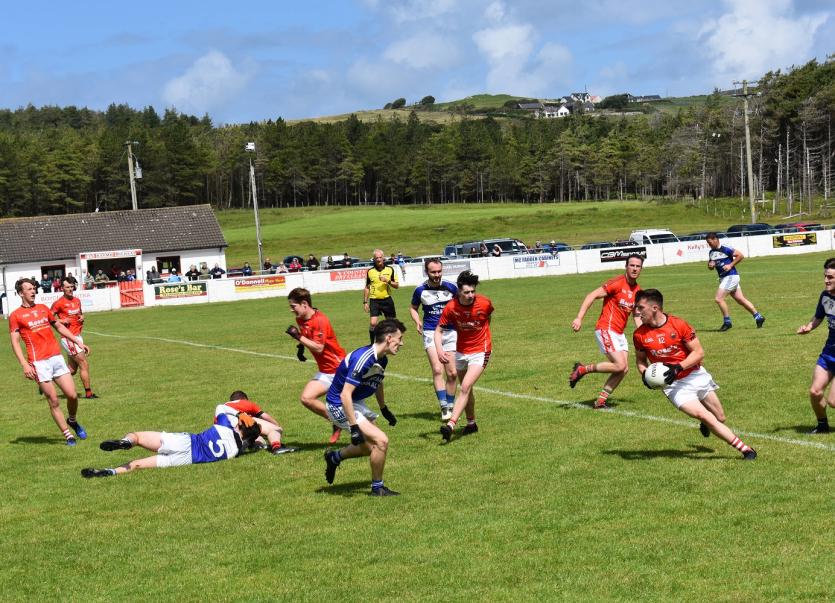 St. Michael’s held off a spirited late comeback by Cloughaneely to keep up their good start to the Regional League with a four point victory at The Bridge.

The match had been delayed from Saturday evening and was played at Midday on Sunday after a Covid-19 scare in the Cloughaneely Camp.
Before the match began a minutes silence was observed by both teams and all present in memory of St. Michael’s club stalwart PJ McFadden who had passed away shortly before the match. PJ was a long standing servant to St. Michael’s both as a player and manager as was his father Mickey Handsome McFadden before him.
When the action began in blustery conditions it was the home side who went in front with a point from the boot of Colin McFadden and in a low scoring first quarter points from Ruairi Friel and Carlos O’Reilly were cancelled out by points from Shaun Curran to leave the match evenly poised before Colm McFadden slotted home a penalty to leave a goal between the sides.
The visitors were left tom rue a first half miss when Michael Fitzgerald saw his shot hit the upright and go wide when through on goal. Further points for St. Michaels from Carlos O’Reilly and a brace from Colm McFadden were answered by further points from Curran to leave the half time score St. Michael’s 1-6 Cloughaneely 0-5.
Playing with the wind in the second half Colm McFadden opened the scoring for the Bridegmen to extend their lead and it was further stretched with a well taken goal by Colin McFadden.
Despite playing against the strong wind Cloughaneely kept themselves in the game with two well taken goals from Shaun Curran and Ciaran McFadden to set up a nervy finish but in the end further points from Colm McFadden and Kieran Kelly cancelled out a point from Conor .
Next up for St. Michael’s is a home match against Glenswiily on Friday evening in the Senior Championship, while Cloughaneely will get their Intermediate Championship campaign underway in Portsalon against Fanad Gaels on Saturday evening.

Romantic Gary pops the question at the foot of Errigal 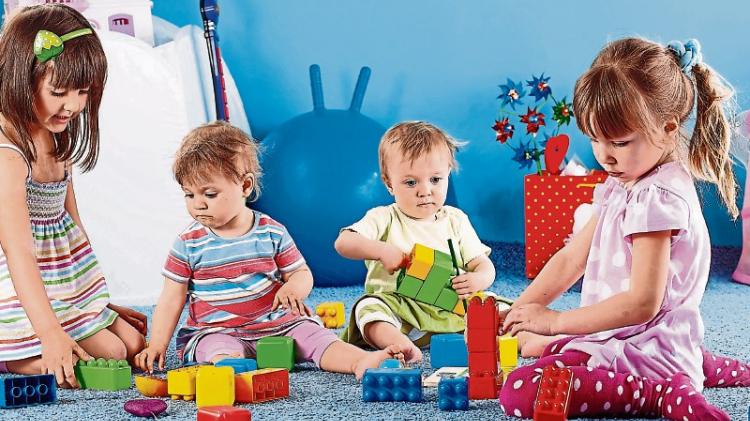