Cloughaneely and Aodh Ruadh the front runners for Intermediate title 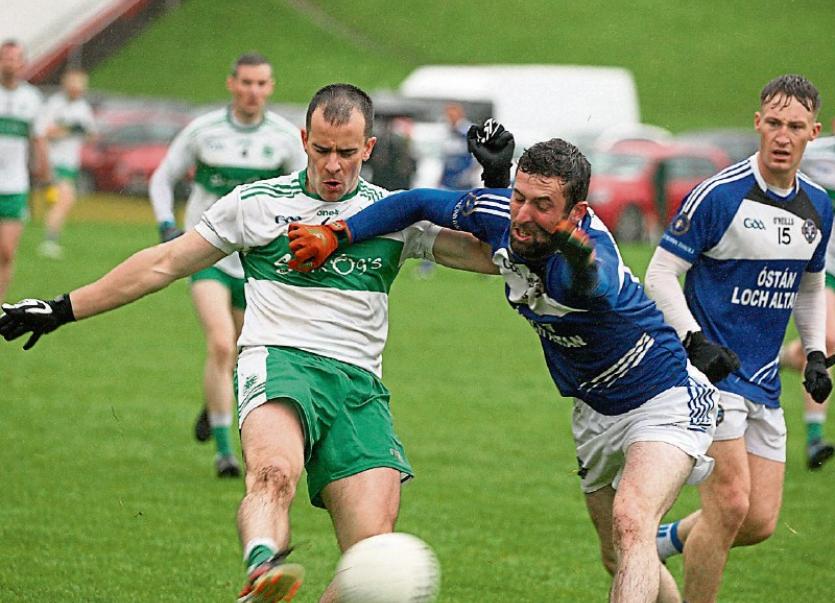 Looking at the draw overall, I would feel that Group B is the toughest group with Cloughaneely, Aodh Ruadh, Naomh Columba and Naomh Brid all up there in the running for championship honours.

In Group A Malin and Buncrana look the big two, while Red Hughs will be hoping to follow up on their Donegal and Ulster junior success from a few years ago.

Overall, you would have to say that Cloughaneely and Aodh Ruadh are the frontrunners, given the form from last year. Aodh Ruadh have a number of players back this year, but with the short run-in to championship, it will be a matter of hitting the ground running.

Cloughaneely performed impressively last year in getting to the final and they would feel having to play so many games in such a short time didn't do their case any good. They will be looking to go one better.

A team that is going to there or thereabouts is Naomh Brid and they had a good victory over Four Masters in the league with the Gallaghers and Brogans playing well.

Naomh Columba will also feel that they are not far away with the evergreen Michael Maguire driving Glen on for maybe 15 years or more.

The new format with teams playing four games and the results put into league table format should make it exciting.

Normally the Intermediate Championship was run off with three groups of four and you needed to finish in the top two to guarantee your place.

Now, it will come down to the top eight at the end of the four game series with the bottom four out of the running.

And it will also be important to finish high up the league table with the top four getting home advantage in the quarter-final, which will have a very big bearing.

This is the real big game in the group. Malin, relegated from the senior championship last year, against the Donegal junior champions, Buncrana, who would have been disappointed not to have won the Ulster title.

Malin have plenty of scoring power with the McLaughlins but Buncrana are not short in that department with John Campbell and Darach 'Jigger' O'Connor and they have Caolan McGonagle at midfield.

It is the tie of the first round and again by virtue of home advantage I will give Buncrana the nod.

Naomh Muire are a team that I had plenty of experience against as a manager and I never felt you got anything easy at The Banks. Red Hughs won the junior championship a few years ago and won Ulster.

They have the likes of Calvin Bradley and then they have Stephen McMenamin, and have made great strides in recent times.

But then The Banks has been a graveyard for many favourites. You'll get nothing easy down there although they have been hit by emigration in recent years. I might be going against the grain but I'll give a tentative nod to the away team.

This game is not being played until the Bank Holiday Monday but should be a close affair. The Michael Lynch transfer will be a big loss for Naomh Colmcille while Naomh Ultan have been boosted by a big league win over Four Masters at the weekend.

With Aaron Kyles having an impact for the Dunkineely men and if big Alan Lyons is on form at full-forward, I will give the nod to Naomh Ultan.

With the game in Glen, I would give a very narrow nod to Naomh Columba with home advantage. But I would expect Naomh Brid to really put it up to them.

Aaron Doherty was kept scoreless in the recent league game against Killybegs but I don't expect that to happen this weekend.

Ryan Gillespie is also a big player for them and they might have more firepower than Naomh Brid.

Burt have made massive strides, despite being regarded as a hurling club. But you would have to fancy Aodh Ruadh on the evidence of their league performance and by virtue of the fact that they have so many boys back this year.

They have David Dolan and Eddie Lynch back from the Lebanon and Damien Cleary back after being out for almost a year. You would have to give the nod to Aodh Ruadh.

By virtue of the fact that they were there on final day last year, they will want to go one better. Fanad Gaels know that if they are to be a factor in the competition will have to take advantage of home games.

But they could not have faced a tougher opener.