Cranford Athletic Club back in action at Donegal Championships 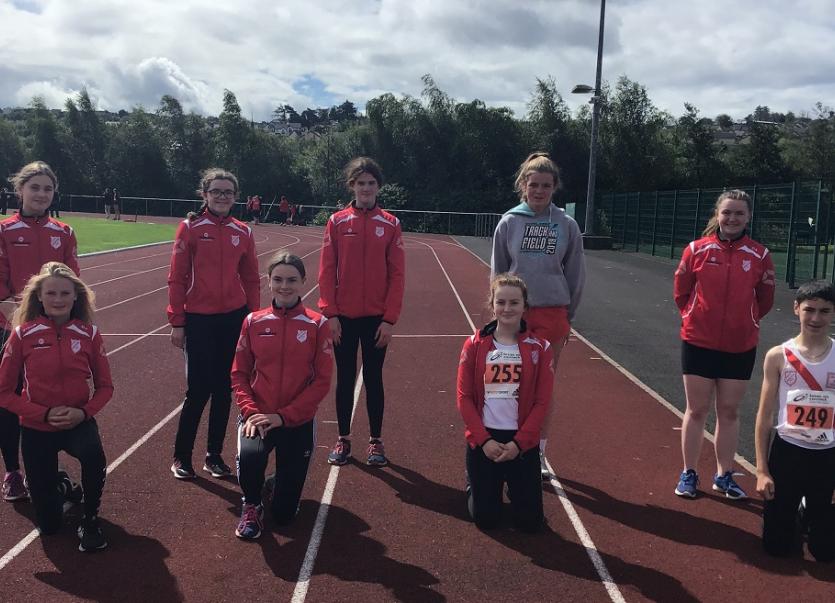 Last weekend saw the return to competitive competition for Donegal athletics and the Cranford athletes were keen to participate. Saturday was the time for the seniors and under 17 to compete at Finn Valley and Sunday the Under 14 upwards represented Cranford at the Aura. Cranford scored well on the medal table with a total of 15 medals in the 2020 Donegal Championships. 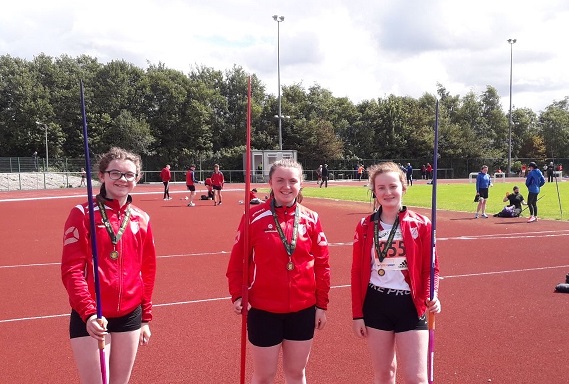 The Cranford athletes have been training in Downings following national guidelines for return to sport, and although we have had limited numbers the athletes were keen to get back on the track for some competitive events.
Oisin Kelly was on top form and challenged well to win his Under 17 800m in a time of 1.59 minutes across the fabulous refurbished track at Finn Valley. Dymphna Gallagher represented the club in the senior athlete category in Long jump and 800m, this was the first competition at senior level for Dymphna who performed well, and we are expecting further performances from Dymphna in the future. She is a great ambassador for the Cranford athletes. Oran McMenamin unfortunately although entered was unable to compete due to injury, and hopefully will be back for the Ulsters in two weeks time.
Aoife Giles was in great form producing fine throws in 3 events at this Championship earning herself a well-deserved total of 3 silver Donegal medals her first event was the U17 Shot with a distance of 11.52m, Aoife maintained her consistency and threw a fine 27.53m in the discus to gain another silver medal and finally threw a respectable 24.90m Ain the javelin.
Orla Neely demonstrated great technical skill in the discus throwing a respectable 15.97m gaining a bronze medal place. Oral also competed in the shot throwing 7.67m and gaining another bronze medal in the javelin with a distance of 19.63m. great work from our throws team who have been working hard on their techniques.
Saturday saw the younger age group compete in sunny conditions at the Aura in Letterkenny with our sprinting stars in the U14 200 m being Amy Cullen and Ellie McFadden who ran finishing with photo finishes to earn themselves well deserved silver and bronze medal positions. Both girls also ran well in the 80m with Amy gaining another Donegal medal bronze position. This was a close call with times heats.
Two Donegal champions in the 800m Girls and boys U14 event, these two managed the double again with both Miah Fletcher and Caolan McFadden storming home comfortably in their events. Two more gold medals in the medal table count for Cranford AC
Clodagh Neely also had a successful day at Letterkenny having a fine run in the 800m event then throwing well in the javelin producing another Gold medal performance with a throw of 17.81m Another athlete who has been working hard on this technical event. Blathnaid Gallagher threw 17.03 in javelin earning another Silver medal in threw U15 event. 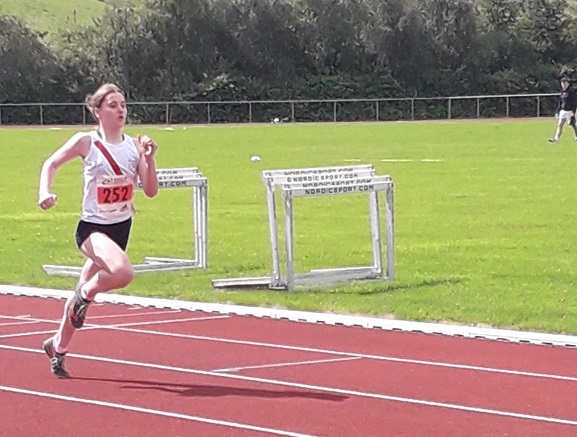 Ellie McFadden in action in the U14 200m

The Cranford AC athletes have a strong long jump reputation which is usually lead by Theresa Mullan who although currently injured managed a fine run in the 100m sprint but opted out of the long jump. Her up and coming proteges did not disappoint with Amy Cullen jumping a PB of 4.85m earning a well deserved Silver medal, Ellie McFadden also showing her experience producing some fine jumps and Jessica Cullen earning a well deserved Bronze medal in the U15 long jump.
We are now working hard towards the NI and Ulster events 15/16th August, training continues at Tramore every Tuesday, Thursday and Sunday. A big thank you to all the coaches and helpers who made this event possible giving up their weekend to support our athletes with the additional safety measures in place.