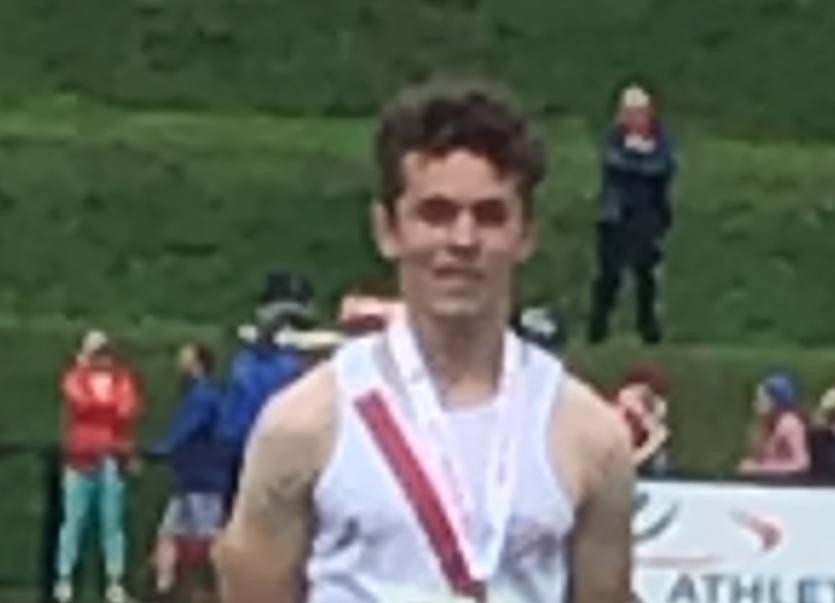 Saturday Amy Cullen shines with 3 Ulster medals
The stunning Mary Peters track in Belfast was the venue for the 2020 NI and Ulster Track & Field Athletics championships. This was an age restricted event to meet the current Covid 19 restrictions, as always the Cranford athletes were keen to travel to represent their county and club. Saturday saw glorious sunshine and we were also treated to the Red Arrows fly past whilst we were there.
Saturday started early with the U14 long jump for Ellie McFadden in one of the three heats, Ellie performed well but was just out of the medal positions, meanwhile in the final heat Amy Cullen jumped well recording a new PB with a massive 5.05m jump to earn her a well-deserved Silver medal.
Orla Neely entered the U16 javelin, shot and discus, the heat of the day was starting to show on our athletes and unfortunately Orla did not throw to her usual standard but enjoyed the experience and competition. Good lessons learnt and experience gained.
There were 3 timed heats for the U14 80m event and both Amy Cullen and Ellie McFadden were well warmed up and ready to run, both girls ran a fantastic race. Amy won her heat with a time of 11.03, there was some tension until the timed heat results were announced, this resulted in Amy earning well deserved Silver medal and Ellie coming 3rd in her heat with a time of 11.61, great running by each of these girls.
Miah Fletcher represented Cranford in the U14 800m however with another timed heat Miah finished 3rd in her heat, running a respectable 2.28.95 Miah did not perform to her usual standard and missed out on any medals today.
Amy and Ellie were back in action in the U14 200m event, both girls ran in the same heat this time and finished strongly in their heat with Amy finishing 2nd and Ellie 3rd, great running again by the Cranford girls however Ellie just missed out on a medal again and Amy earned her 3rd Ulster medal of the day with a bronze medal.
The final athlete of the day was the ever reliable Teresa Mullan who demonstrated great jumping in the U16 Long jump, again with 3 heats it was a few tense moments until the final medal of the day was awarded to Teresa who jumped 5.27 to earn a Silver Ulster medal. This was just beaten by the winner 5.29

Sunday Double Gold for Oisin Kelly
Day two at the Mary Peters track saw our Cranford athletes and coaches back in Belfast for more events. Sunday was a different day with the rain starting early.
Oisin Kelly started Sunday off well with some great jumps in the long jump finishing with a final jump of 6.13m recording a new PB. Oisin then made his way to the start of the U17 800m event where Oisin ran a superb 800m in the U 17 boys event which he led from gun to tape fighting off a late challenge from Nicholas Griggs Mid Ulster AC in under 2 minutes.
Jessica Cullen performed well in the in the long jump where she had a good jump of 4.10m. Next up was the U15 800m where Jessica had a strong run in her heat, more things to come from Jessica.
Blathnaid Gallagher again had a great day performing well in the javelin to earn herself a Silver medal with a great throw of over 18m. Blathnaid also ran well in the 800m event.
Clodagh Neely had a great performance in the U 15 javelin event where she threw 17.48 This was a great throw and earned Clodagh a Bronze medal in the NI and Ulster championship. Clodagh also ran a strong 800m finishing well.
Aoife Giles put in many fine performances too on Sunday starting with the U17 discus gaining her first Silver medal of the day with a strong throw of over 26m. Aoife then competed strongly in the shot where again she was awarded a Silver medal with a throw of 11.15m. Aoife’s final event of the day did not disappoint throwing well to gain her 3rd Silver NI and Ulster medal of the day.
Cranford athletes are back in action 12th September for the 1500m events back at the fabulous Mary Peters track.
Many thanks to all parents and coaches who supported and travelled to Belfast over the weekend.