Another good win for the men from the Cross 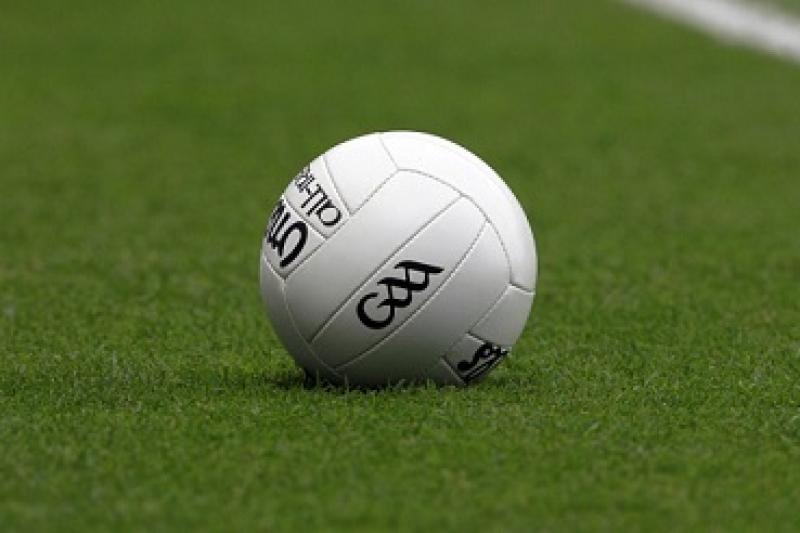 Impressive Red Hugh’s cruised to victory over Naomh Ultan in a goalfest in Dunkineely on Saturday evening.

They hit four goals from Tim Callaghan (2-0), man of the match Calvin Bradley and Pauric McMenamin which effectively blew away the challenge of the home side who did manage to find the net through Paddy White and the ageless Aidan Duddy.

But kudos to the men from the Finn Valley who look well drilled, fit and focused while the home side badly missed the power and presence of Alan Lyons and Sean White while Aaron Kyles was only coming back after injury.

Meanwhile, county star Stephen McMenamin is at the fulcrum of all that is good for Red Hugh's while Calvin Bradley, who looks like a slightly smaller version of ex Dub great Vinny Murphy, was double marked for long periods but hit a very impressive 1-5 and won loads of possession for his side.

He was well supported inside by dual star Denim Rowan who won a few vital frees including a mark.

For an outgunned Naomh Ultan, Cian Kennedy posted 0-6, four from frees and veteran Aidan Duddy and the Alvey’s tried hard, but they lost too many battles all over the field.

Kennedy got the home side off from a free after two minutes with Jack Gillespie replying in kind for the visitors.

Bradley nudged Red Hugh’s ahead with a pointed free before they struck for the first of their four goals in the 12th minute.

Dermot Gallier responded with a fine long-range effort for the losers before Bradley struck like a rattler sweeping the ball to the net after the Finn Valley men cut through the home defence like a German Panzar Division on tour.

Suddenly it was 2-2 to 0-4 and Naomh Ultan came back with a point from a Cian Kennedy free which was cancelled by a well struck Rowan point and a similar score from Stephen McMenamin from a forward mark.

But Naomh Ultan then hit back with a well-executed goal of their own in the 26th minute.

Aidan Duddy won a mark in the middle of the field and hit a long quick ball into Paddy White who kept cool before rifling the ball to the Red Hugh’s net.

Gallier found the target for Naomh Ultan before buzzing Bradley hit the point of the half shrugging off a few tackles before firing over a glorious point.

It got even better for the visitors when a long high ball into the Dunkineely square bounced up kindly for Pauric McMenamin and he punched the leather to the Naomh Ultan net to put the visitors ahead by 3-5 to 1-5 at the break.

But Red Hugh’s struck for a real killer goal five minutes into the half when Callaghan was again on the end of a searing move and found the net.

It was all over at this stage, although Naomh Ultan continued to battle hard.

They did manage to get another goal in the 47th minute when Duddy appeared to be fouled but carried on and found the net as Red Hugh’s thought it was a free in.

But it was only a token gesture as the winners could afford to take off Bradley and see out the game in fine style with Rowan and Kennedy swapping points in the gathering gloom of an early autumn evening.