No joy for Cowan and Glentoran against Motherwell 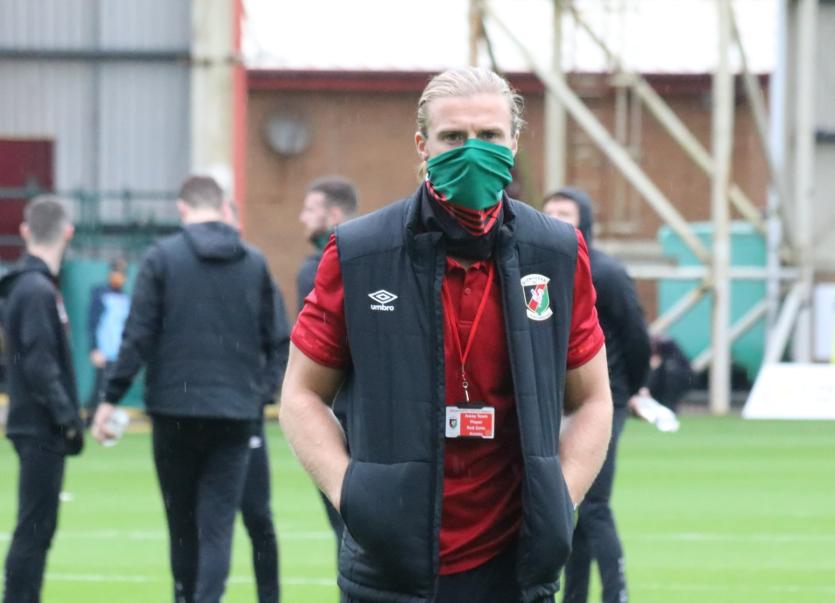 Keith Cowan, masked up and ready to go. The Donegal man checks out the Fir Park pitch prior to Glentoran's meeting with Motherwell

Keith Cowan was part of the Glentoran team who gave Motherwell a real fright in Thursday night's Europa League meeting at Fir Park - even if the scoreline tells a different story.

The SPL outfit were firm favourites to advance from this tie - but they took an awful long time to gain a stranglehold in this match.

Indeed Glentoran spurned a number of good chances to score before disaster struck when they had Seanon Clucas sent off for a second yellow early in the second half.

Robbie McDaid netted a late penalty, but by that stage the damage was done as Motherwell struck five times to see off the Irish Cup winners.

It was a better night for Coleraine who caused a major shock, winning on penalties away to Maribor in Slovenia.

Shamrock Rovers also advanced, winning 12-11 on spot kicks after they drew 2-2 with Finnish side Ilves at the Tallaght Stadium.

They join Dundalk in the hat for the draw for the second qualifying round of the Europa League.

Bohs are out however. They lost on penalties away to Hungarian outfit Fehérvár after the game finished 1-1.