Harps get kitted out with new van from Highland Motors 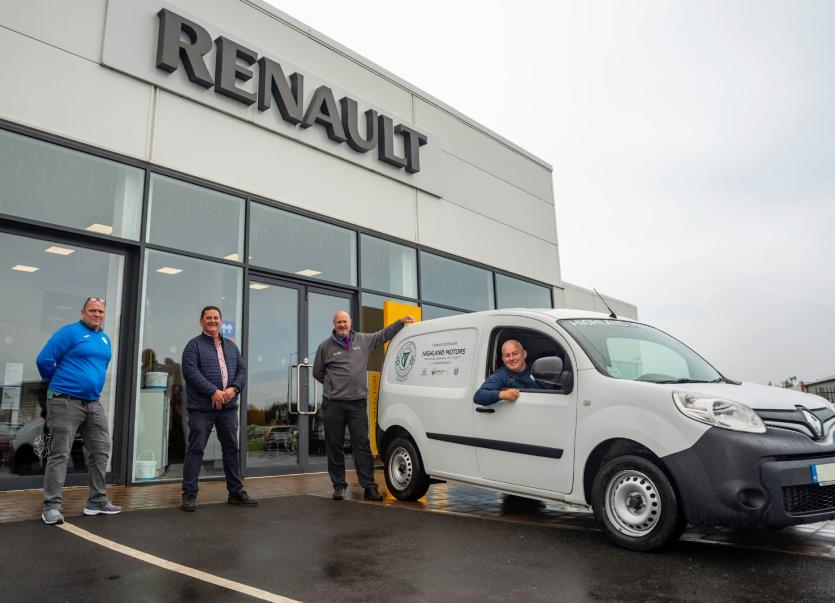 The job of the kitman at any League of Ireland club is a busy role.

So when the club linked up with Highland Motors for the purchase of a new club kit van, he was a happy man!

“When you’re on the team bus with all the gear, the boys are waiting for you to get everything set up once you reach the ground. This way I can make sure everything is ready ahead of time," he said.

"For example for the Waterford game last week I was there at 9.30 to make sure everything was right for the squad once they arrived at the RSC.”

“The van also means you can take more gear and equipment with you and just generally makes life easier.  This added to the improved facilities at Finn Park that fans paid for via the GoFundMe have really help us in terms of preparation for games.” added Dougie.

Harps have thanked all at Highland Motors for their support in partnering with the club to provide the new kit van.

Harps director Ivan Harvey worked with Highland Motors to secure the van: “People don’t realize how much effort and organization goes into the kit at a League of Ireland club and with this support from Highland Motors we can help set Dougie and the team up as professionally as possible.

"We are deeply grateful to Highland Motors for their support of the club and it’s safe to say Dougie is a very happy man at the moment!”