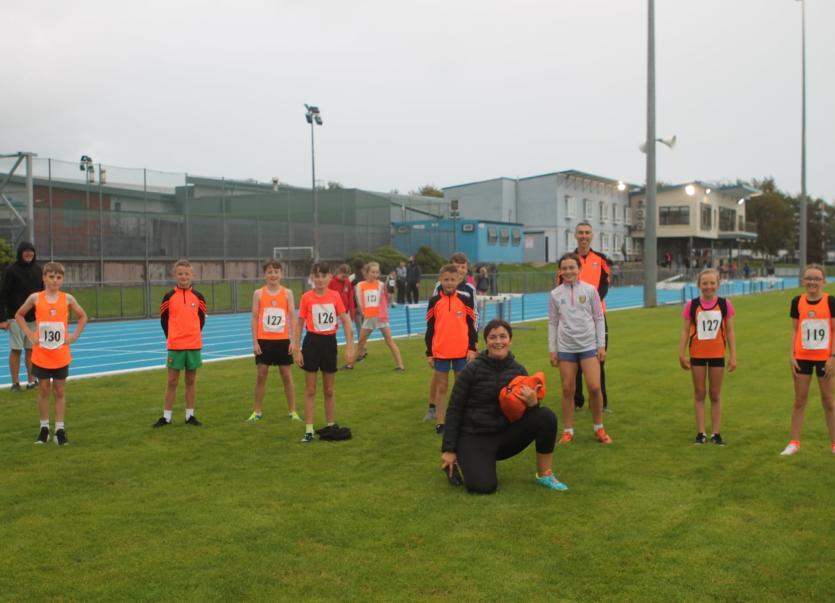 Rosses AC U-12 and U-13 athletes at Donegal championships

Over the past few weeks has saw the club return to competitive action with a number of events taking place and the club showing up strongly in all competitions. Firstly at the National Senior & U23 Track & Field Championships in Santry by Johnson Bangura took part in the 100m running a strong heat in a top class field getting himself placed 27th overall out of 50+ of the top caliber sprinters in the country and running a time of 11.90. Fodhla McFadden was delighted to be back in action in the long jump and competed strongly after a disrupted summer of training. 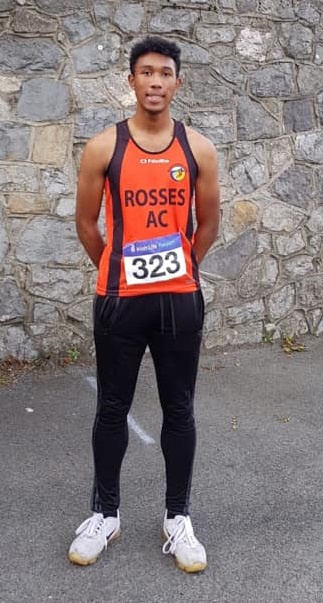 Last week the Donegal U12 & U13 Track and Field Championships took place for the u12/u13 hosted by Finn Valley AC. A large number of Rosses AC athletes made the journey and it proved to be a very successful evening with the club coming home with 4 individual gold medal winners, 3 silvers and 4 bronze. A huge thanks to Athletics Donegal and Finn Valley AC and all the officials and county board members for organizing a very professional and strict guidelines event. It was very much appreciated by all the kids, parents and coaches. The club had strong performances across the board with gold medals in both the boys (Leighton Green) and girls (Faela Houston) 600m on the track while in the field events there was gold medals in the Long Jump for Odhran Boyle while Eva Logue took gold in the High Jump. There were 3 silver medals for Aoife McGonigle (Shot Putt), Eva Logue (600m and Turbo Javelin). Bronze medals were won by Faela Houston (Long Jump and Turbo Javelin) and Odhran Boyle (Turbo Javelin) and Una Richardson in the Long Jump. There was a number of people who just missed out on medals and deserve special mention with great performances and medals will be had another day for Odhran Rodgers (600m), Aoife McGonigle (600m), Darragh Wiggins (60m), Fiachra Ferriter (Long Jump and 600m), Deirdre De Burka (60m and Long Jump), Saorla Freel (600m and Long Jump), Michael Sweeney (600m and Turbo) and Aoife O'Donnell (Long Jump and 60m).
It was great to see a number of athletes making their first appearance at a championship event and they will have gained so much experience and learned from this that will benefit them in the future and all performed brilliantly. This is an extremely talented group of athletes who train hard and play hard and ensure they are having fun along the way !!!
Friday last saw Milford host one of only a limited number of 5k events and a very well organised event saw Declan Ferry stick with the lead pack and claim a fantastic PB of 15.24 with Charlie Postie 15.41, Manus McHugh broke the 17 min barrier with 16.54, Paul Mc Kelvey 17.13 and Patrick Trimble with 17.27. Declan Gallagher- after the huge Seven Sisters 50k- ran 18.10. Breaking 20 mins was Brendan Mc Bride 19.34 and Keith O Connell 19.39 and Martina Mulhern trained consistently over lockdown and reaped the benefits with 20.57. Well done to all.