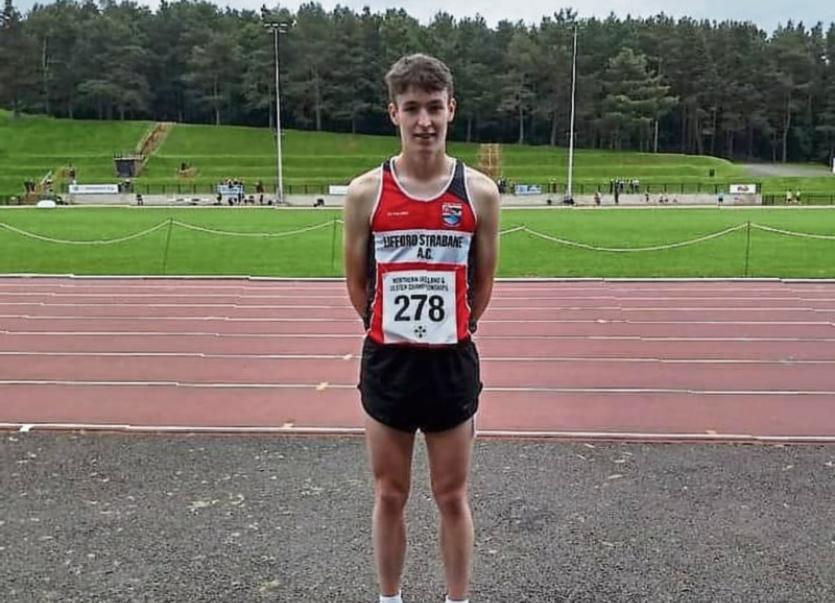 Lifford Strabane AC’s Jaime McGinley coached by John Craig kicked off the racing action with a mid-week competition. This young athlete was the club’s solo representative at the Donegal U12 and U13 Championships 2020 which was hosted in Finn Valley AC on the evening of Wednesday 26th August. Jaime won the Girls U13 600m race convincingly to take Gold.

Friday 28th, Milford AC hosted the 16th John Kilmartin Memorial 5K in what was a highly competitive road race which saw 42 athletes finishing under 18 minutes!! Lifford Strabane AC had 6 athletes at this race.

First club finisher, finishing in 23rd place to take 2nd in the Senior Ladies Race was Lifford Strabane AC’s Claire McGuigan in a superb season best time of 16:57. McGuigan had a gutsy race, narrowly missing out on a personal best! Well done Claire!!

Running a personal best time of 17:37 finishing 39th overall, 3rd in the Junior Male Category was the industrious Cormac Carlin! This young athlete has made vast improvements, displaying superb determination on making improvements on his 5K race times running a fantastic personal best time taking over a minute off his previous best 5k race time!! Well done Cormac!! Master athlete Eddie Kelly was next to finish for the club in 18:41 followed by Seamus McAteer 21:06 and Kevin Gallagher 22:05.

On Saturday 29th August at the National Senior and U23 Track and Field Championships at Morton Stadium Lifford Strabane AC’s Alan McGinley coached by Michael McKinney took bronze in the Men’s U23 800m. McGinley clocked a season best time of 1:57.99.