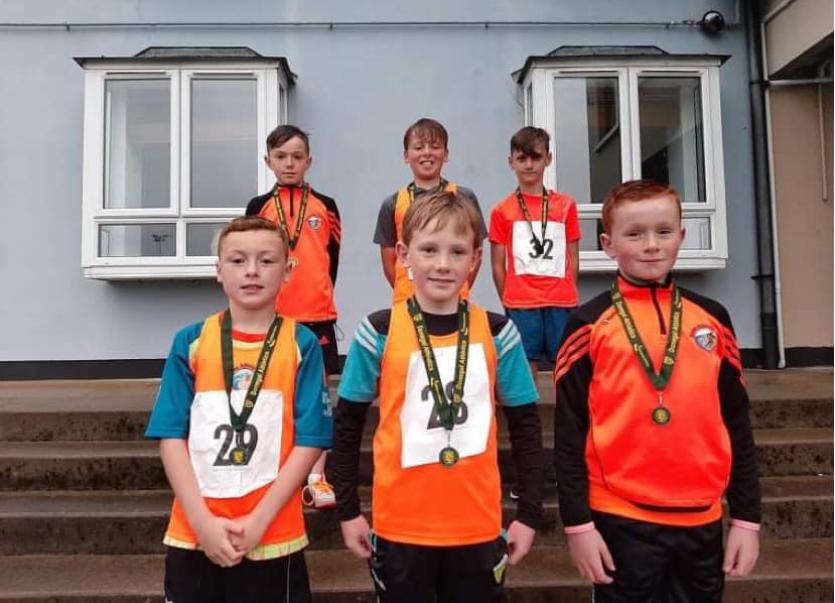 Last weekend saw the National Masters Track & Field Championships 2020 take place in the Morton Stadium, Dublin on Sunday and it was a great result for the club with Nicole O'Donnell and Trisha Gillespie both securing All Ireland medals.
Nicole, who recently claimed the County Senior and masters 100m title, continued her fine form running a new pb of 13.38sec in the 100m to secure All Ireland gold against a top class field.
Trish, following on from her County masters title, claimed a national silver medal in the ladies high jump with sb of 1.30m. This ends a great season for both ladies. Well done from all at rosses AC.
On Saturday it was the All-Ireland Junior Championships and Johnson Bangura had a good outing where he ran 11.76 in 100m and 24.25m in 200m. Top class fields and saw him finish in the top half for the 100m and inside the top 20 for 200m. It’s been a rough summer for training for sprints and these results are a credit to Johnson and his dedication and work in training. Next up is the Ulsters at Mary Peters Track next weekend.
Wednesday evening last it was the turn of the u11s for their Donegal Track and Field Championships in Finn Valley which was an excellent event and superbly oranised and run by the County board with Covid guideline strictly adhered too - well done to all involved in organising and hosting. 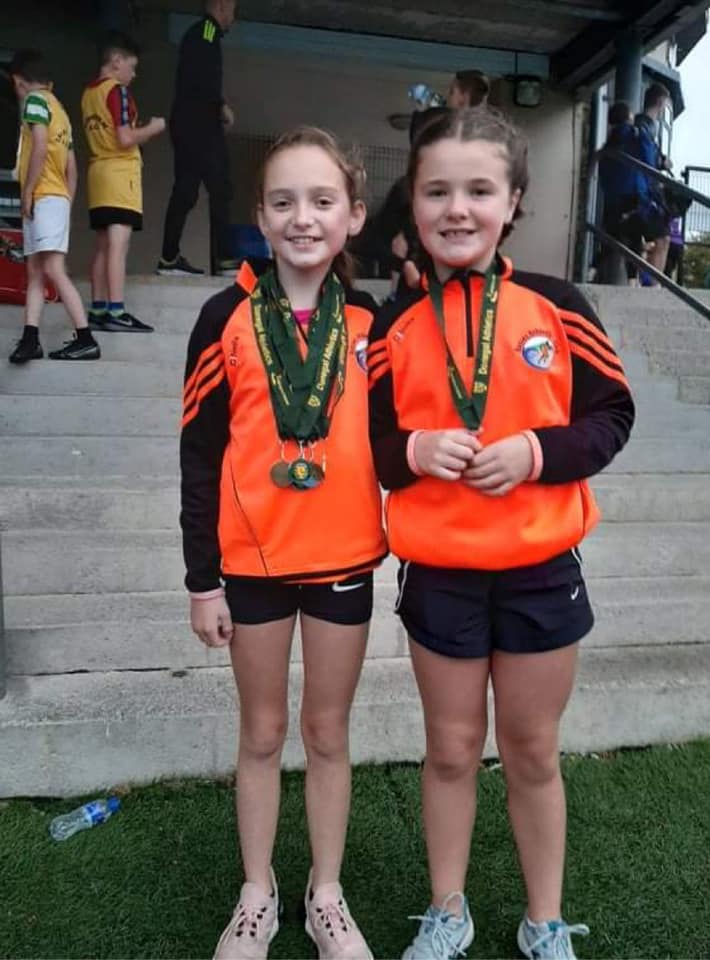 The evening started with the 60m heats and we had 3 girls make the final with a great run by Leah McGee on her first competition to dig deep to get to the final and then in the final itself Niamh Doogan, who had a great night, got the medals rolling with a gold in the 60m closely followed by Ruby McGee just missing a medal in 4th and Leah 7th. In the Boys 60m we had 4 boys make the final with strong runs in the heats by Ruadhan Gallagher and James Brennan. In the Final Jack McElroy was to have a great battle to take a silver medal with Shay Gallagher in 5th. Next up on the track was the 600m and our training efforts are really paying off with 3 girls in the top 6 starting with Niamh Doogan just missing out on gold to claim silver with the ever improving Ruby McGee in 5th and Aoife Gallagher 6th followed by Leah McGee and Eve McLaughlin.
In the boys 600m strong finished saw a 1-2 for Rosses with Jack McElroy taking gold and Tristan Green finishing fast to get silver. Shay Gallagher was 8th, James Brennan 7th and Michael Logue 9th - good running lads in a big field. In the Field events Eve McLaughlin claimed a great silver medal showing hard work pays off. Niamh Doogan claimed another gold in the Turbo with Lead McGee 5th, Ruby McGee 6th and Aoife Gallagher 8th. In the boys Turbo the boys did not throw to form and end up just missing the medals and claiming 4th, 5th, 6th 7th and 9th which was great throwing but just outside the medals.
In the Long Jump Shay Gallagher showed his potential by claiming a silver medal after a great battle to get ahead of Micheal Logue in 3rd and Jack McElroy in 4th. Ruadhan Gallagher has been a consistent trainer and his 6th was to show great improvements with James Brennan in 8th. The girls event has a large field and the talented Niamh Doogan was to claim her 4th of 5 medals on the night with a silver medal and jump of 3.32m. A consistent high finisher all night and showing her continuing improvements was Ruby McGee followed by Leah McGee and Eve Mclaughlin who are still adjusting to jumping from the board.
The last two events on the night was the relays with the girls just missing out on gold medals to Finn Valley but happy with Silver ahead of Olympian. The race of the night was to be the boys relay with a great battle all the way between Rosses and Inishowen and in the end the had the same time and it took a photo finish to separate them after Shay Gallagher had got a great start, strong back straight by James Brennan, a great bend by Ruadhan Gallagher and an all-out finishing straight battle by Micheal Logue.
Well done to all our athletes who performed brilliantly and is a result of efforts at training. Special thanks to parents for all your efforts to get them to training and competitions and also to coaches and those who officiated on the night. These are the club athletes of the future..... 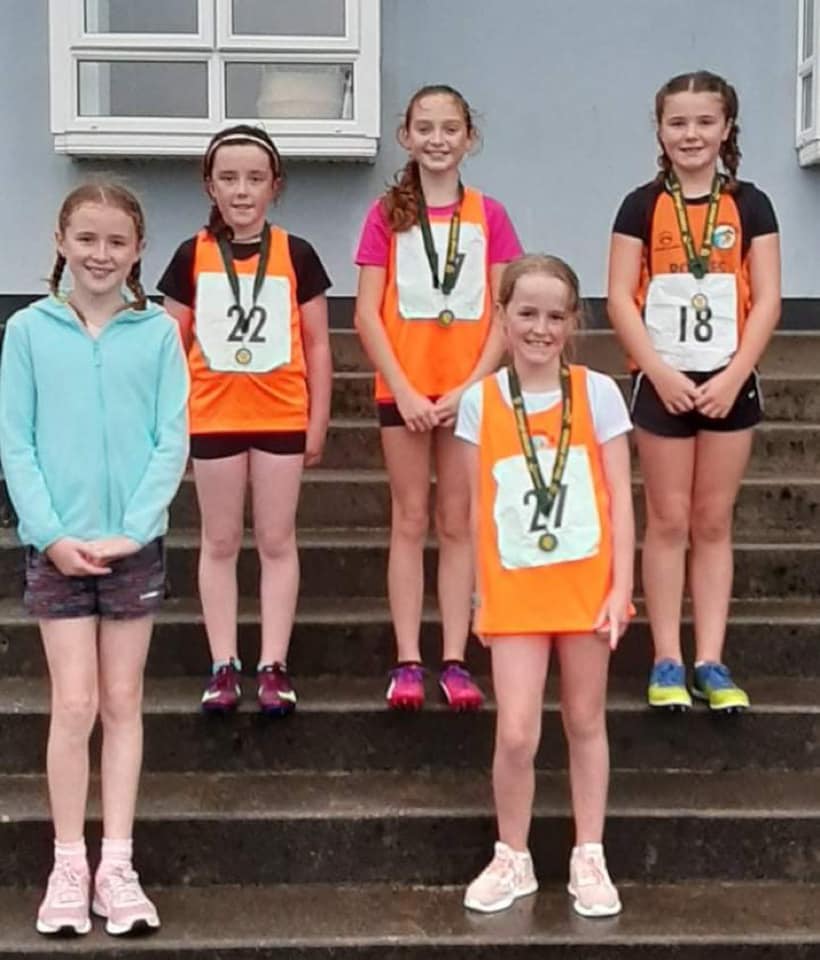 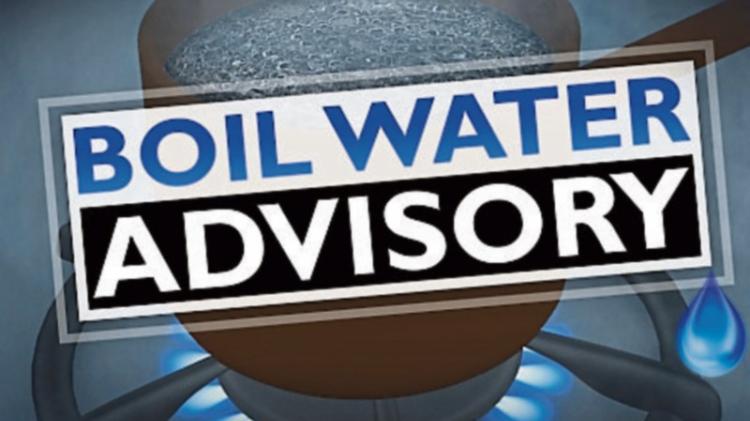