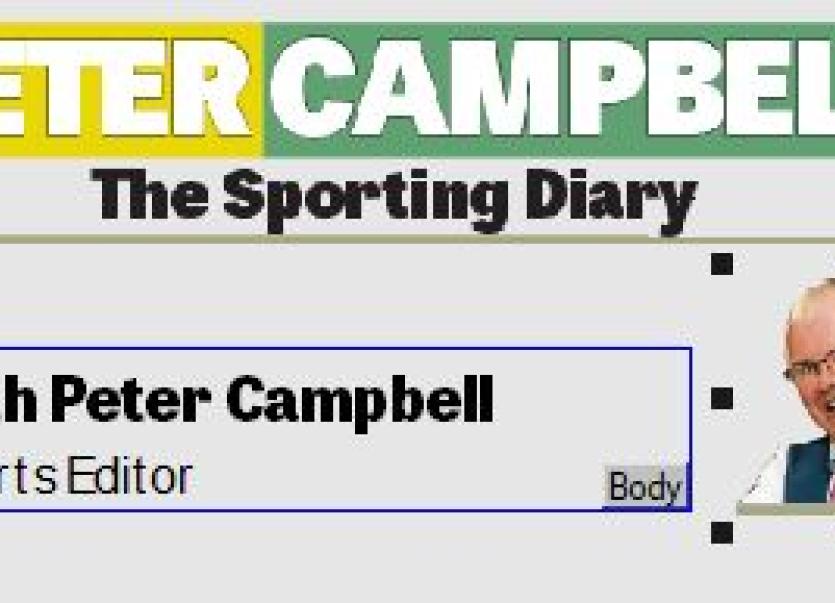 Google maps have new locations thanks to the arrival of coronavirus in Ireland and the absence of spectators inside GAA grounds.
Covid Hill is the name of the new vantage point overlooking Towney in Kilcar while Covid Boulevard and Covid Car Park were in place in Gaoth Dobhair and Glenties as the die-hard supporters found a way to see their favourite teams in action at the weekend.
Arriving at Fr Tierney Park, Ballyshannon for the early throw-in on Saturday morning was like arriving at the entrance to a State Prison. You either had a ticket or passed the face recognition test of the gate party.
It wasn't easy for all concerned. And as usual there were plenty of anomalies. But there always are and we will just have to live with it. Some times it is good to use common sense.
There will be no supporters present again this weekend but there is a possibility that a limited number may be allowed attend the Donegal finals at the end of the month. We will await the outcome of the Government's plan which is due out next Monday. You would imagine that if people are allowed into pubs, then a significant number could be allowed into the likes of MacCumhaill Park if they are well spread out.
The alternative for supporters was to watch the games on their 'phone or TV last weekend with all games being streamed. There were some glitches, as would be expected, especially as they decided to stream all 11 competitive championship games.
I watched a number of them and the quality of picture was good. I'm told that there were issues, some relating to those receiving the pictures not having strong broadband while the St Eunan's v Bundoran game that I was watching didn't have the commentary, while it was available to others. I could hear nearly every word that was being uttered on the sideline on the feed but no commentary.
But overall, it was a huge effort and congratulations to all involved, especially Co PRO John McEniff, who put in a huge shift with virtual programmes being produced as well.
However, it was disappointing for John and for everybody involved that some teams did not adhere to the numbers in the programme. I was involved at games in Ballyshannon and Kilcar on Saturday and Naomh Muire were the only one of the four teams who stuck to the numbers. It is pretty simple; teams can change their format but players should retain their programme numbers. There should be penalties for those who don't.
Hopefully, all teams involved in senior and intermediate will take note for this weekend.
The 'big four' in senior and intermediate have come through even though there were scares for Gaoth Dobhair and Kilcar. Colin McFadden was outstanding for St Michael's in Towney and put his hand up for selection in Declan Bonner's county squad. Michael Langan made a huge difference for the Bridge men, even though far from fully fit. Hopefully, his ankle was not further damaged and he can rest it ahead of the intercounty campaign.
Kilcar had to call on veteran Conor McShane to fill in for Brian O'Donnell when he was injured and it underlines the deficiencies in the south-westerners panel.
We will get to see how Naomh Conaill get on if they are missing Ciaran Thompson and Gaoth Dobhair may have to live without Odhrán Mac Niallais and Michael Carroll. St Eunan's, from the outside, now look to have the strongest panel and that might be significant.
At intermediate level will Buncrana be able to continue their great form against a more experienced opponent like Cloughaneely? And will Aodh Ruadh overcome their inconsistencies to reach another final against Naomh Columba?
It looks as if there are four very good contests in place for the weekend. There are plenty of hills around Fintra but you might need binoculars. Otherwise, there are likely to be a few looking through the gates at O'Donnell Park or it might be a weekend to book into the Villa Rose!