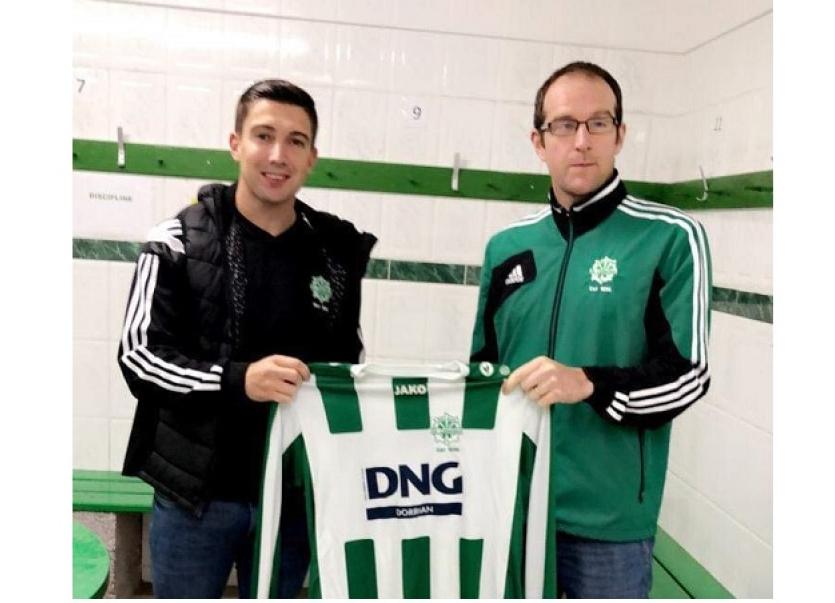 St Catherine's FC made a big appointment at the AGM on Friday night with the appointment of a new management for the senior team for next season.
Former player Shaun Kelly, of Hearts, Limerick and Finn Harps, returns to his first club and will look after first team affairs alongside veteran Christopher Murrin, with both continuing to play.
The club made the annoucement on Friday night.
We are delighted to announce our new management team for the 20/21 season.
Former player Shaun Kelly and current player Christopher Murrin will take over our senior side this season as player managers.
Shaun, who has just recently retired from League of Ireland, returns to us for the first time since 2005 when he signed for Heart of Midlothian in Scotland as a 16 year old.
He has also gone on to play in the League of Ireland for the last 10 years, winning two First Division titles during that time with Limerick FC.
Christopher, who is a driving force within our club for the last number of years, is a hugely popular figure in our club and town.
He has been ever present for our senior side since his late teens and has also on two Premier Division titles and one First Division title with us.
Both lads will bring great experience to our side and we at St Catherine's FC wish them all the best for the upcoming season.