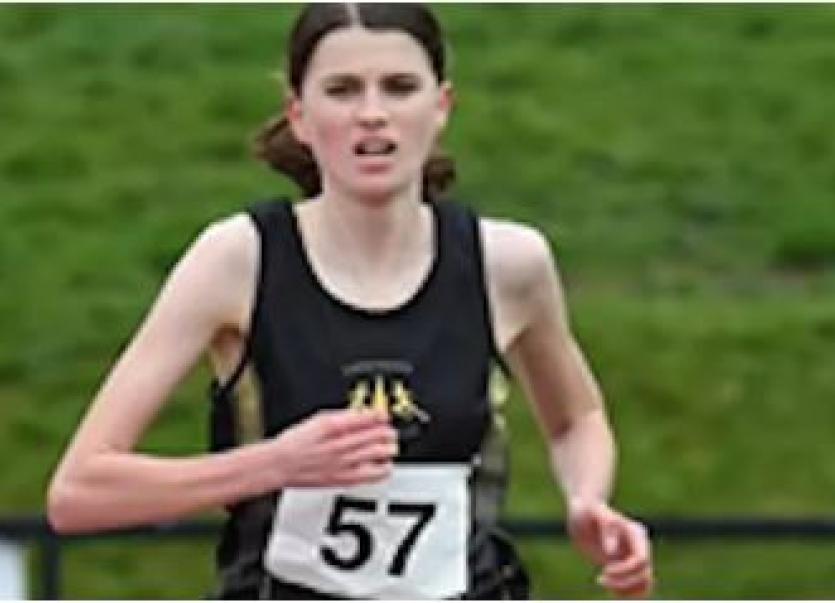 For the second consecutive week, no Letterkenny AC runners were in action on the road. However, like last weekend, there was a major track event and many LAC runners put on excellent performances. The Northern Ireland and Ulster Track and Field Championships were held at the Mary Peters' Track in Belfast.
Nakita Burke's superlative form continued and she emerged from the event as the N.Ireland/Ulster 5000m champion. Nakita ran an excellent time of 16.58.76 to win the twelve and a half lap event in style. She had more than 8 seconds to spare over Grace Carson, Mid Ulster AC, who was 2nd in 17.03.03. Niamh Kelly also had a strong run in the same event and recorded a time of 18.30.60.
Kathryn McDevitt maintained her very high level of performance. Her first event was the 400m and she recorded an excellent PB of 63.45 seconds. Just 15 minutes later, she ran in the very competitive 200m. Kathryn ran a Season's Best of 27.73 secs, which was good enough to earn her a place in her first ever senior final. She was delighted to claim 3rd place. Kathryn was highly satisfied to end her outdoor track season on such a high note. Kathryn's training has involved travelling to Omagh a few times a week to participate in training with a sprints' specific group. She has met up with other Donegal athletes , as well as sprinters from Fermanagh and Tyrone.
Ryan Canning stepped on to the senior stage for the first time. On Friday evening, the under 18 athlete claimed gold in the 400m Hurdles, leaving experienced, senior hurdles trailing in his wake over the last hurdle. He ran a very fast time of 55.58 secs. Ryan was in action again on Saturday morning in the 400m. He secured his place in the final, where he won silver with a time of 52.06 secs. Ryan then ran in the 110m Hurdles, where he picked up another gold medal.
Joseph Akdo, also new to the Championship, put on a great performance in the 100m. He then gained a place in the 200m final, where he won bronze, with a time of 24.28 secs. Ronan Kelly won silver in the tough 3000m Steeplechase event. His time was 11.50.83.
John McCallion had an excellent run in the 1500m, crossing the line in 4.04.20.The winner was Clonliffe Harriers' Jonathan Whan in 3.49.64.
Danny Sharkey followed up last week's gold medal in the National Championships with another fine performance; he was 2nd in the 5000m walk in a time of 20.50.37. Finn Valley AC's Brian O'Domhnaill was the winner in 14.37.79.
The Donegal 5K Road Championship will be held on Sunday September 20th. The event is being hosted by Letterkenny AC. The club hopes to be able to enter 6 teams. In 2 categories - women's senior and women's F35-49 teams - the club is still looking for athletes. Runners are asked to contact Eoghain McGinley if they are available.