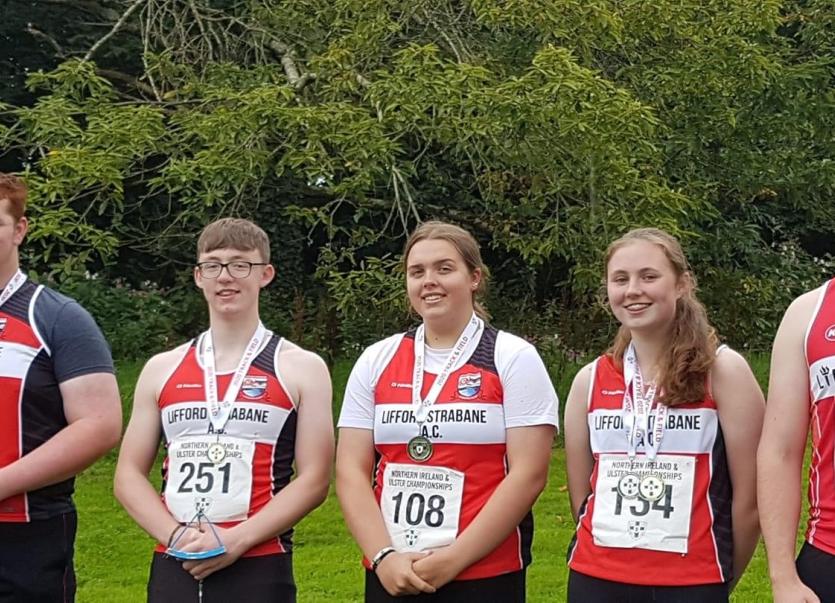 This weekend saw the return of the NI & Ulster U18-U20 & Senior Championships at the Mary Peters Track, Belfast with 9 club athletes competing resulting in a total of 10 medals, 5 Gold & 5 Silver being brought home. Juvenile athlete Orlaith McCrory was also due to compete at this competition but due to her regrettably picking up an injury had to withdraw from competing. All at the club would like to wish Orlaith a speedy recovery!
The evening of Friday the 11th September brought athletes from U14- Senior together to compete in the 1500m, plus the U18-Senior 400mH and the IPC 100m and 1500m Wheelchair on day one of the NI & Ulster U18-U20 & Senior Championships.
In the U15 Girls 1500m event Lifford Strabane AC’s Elsa Moore coached by John Craig was victorious in a time of 4:48.24 to take a warranted Gold in what can only be described as a nail-biting finish. This race had 2 heats with a total of 12 athletes taking part. This gutsy young athlete was sitting in 2nd position with 60m to go beating her nearest rival by a mere 0.01 of a second resulting in a photo finish. Fantastic running Elsa!!
With the precedent being set on Friday evening by Elsa Moore day two saw the throwing events dominated by the Lifford Strabane AC athletes.
We had In the Women’s & U19G Javelin 600g, Sarah Crawford coached by Damien Crawford took Silver 26.36m.
It was silver also for 15yr old Adrienne Gallen 28.35 competing in the Women’s Discus 1kg. This athlete went on to take Gold in the Women’s & U20G Hammer 4kg with a throw of 47.55m whilst club mate Áine Marie McBride placed 2nd to take Silver in the same event throwing 39.82m.
For the male throwers, Lifford Strabane AC’s leading hammer thrower, Brendan O'Donnell took Gold in the Men’s Hammer 7.26kg event with an excellent throw of 58.48m. In the Boys U18 Hammer 5kg it was a 1, 2 for Lifford Strabane AC with Jude McCrossan continuing his excellent form to take Gold with 50.64m & Ross Henderson Silver throwing 44.40m.
Meanwhile Ross Henderson went on to take an impressive Gold in the U18Boys Discus 1.5kg throwing 31.01 & Silver in the Boys U18 Shot 5kg 10.93m
In the Women’s High Jump which had 6 competitors, Lifford Strabane AC’s senior high jumper Shannon Craig was in fine form to take Silver jumping 1.65m. Well done Shannon.
All the above athletes are coached by Damien Crawford, John O’Donnell & Sharon Gallen.
Lifford Strabane AC’s senior woman Claire McGuigan coached by Michael McKinney placed 4th overall in the Women’s 5000m event in the great time of 17:33.75.
On the roads, on Friday evening in Aghyaran, the Air Ambulance 5k took place with the restricted numbers rule in place. Lifford Strabane AC had 4 athletes representing the club at this event. First club finisher was Cormac Carlin in a fine time of 17:55, followed by Gavin McCullagh 18:07. Next to the line for Lifford Strabane AC was Seamus McAteer in 21:37 with Kevin Gallagher finishing in 22:36. All senior athletes coached by Michael McKinney.
Well done to all who competed & represented Lifford Strabane AC over the course of the week. All at the club are tremendously proud of your achievements!!
Club training has resumed with club coaches & members abiding to the Covid19 guidelines & precautions. 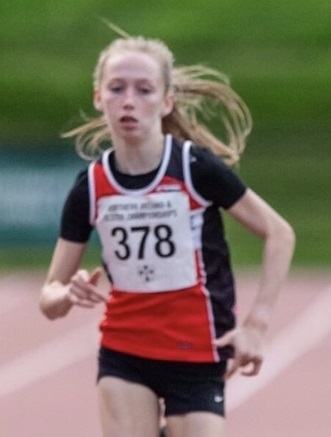 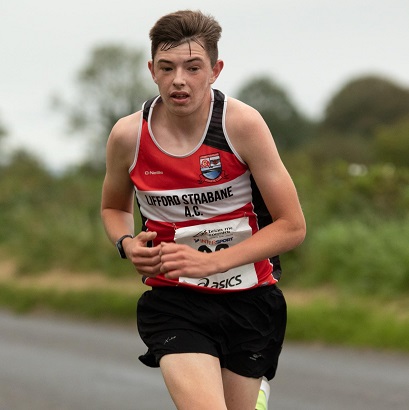