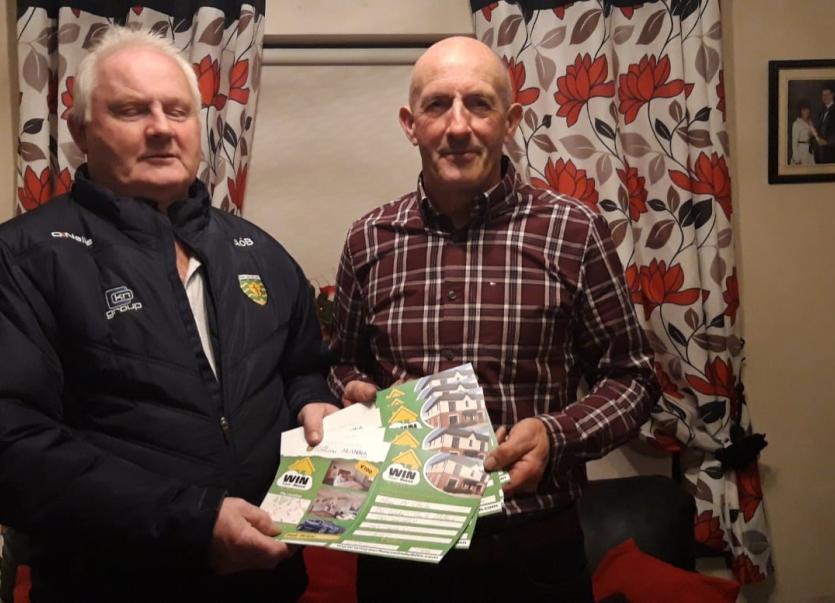 Alan Boyd presenting James Collum with a €100 ticket for the Win Your House in Dublin Draw.

The bonus draw winners of the Win Your House In Dublin Draw have secured a second chance of winning the first prize of a house worth €400,000.
The seven winners in the bonus draw of a €100 ticket are Sinead Dowdall, Dublin; Philip Doyle, Limerick; Mykhaylo Popov, Offaly; Hugh Dolan, Dublin; Geraldine Sheerin, Donegal; Bronagh McAllister, Antrim and James Collum, Donegal.
Draw co-ordinator, Joanne Dawson, says the draw committee are happy with sale of tickets for the draw which takes place on Friday, December 4th.
“The recent appearance of Donegal senior football team captain, Michael Murphy, on Virgin Media’s Six O’Clock Show to promote the draw was followed by a big surge in the sale of tickets,” she said.
The organisers have set a target of 15,000 ticket sales.
Proceeds from the draw, which is being organised by Donegal GAA and Club Donegal, will go to carrying out the final phase of work at the €6.5 million Donegal GAA Centre in Convoy. 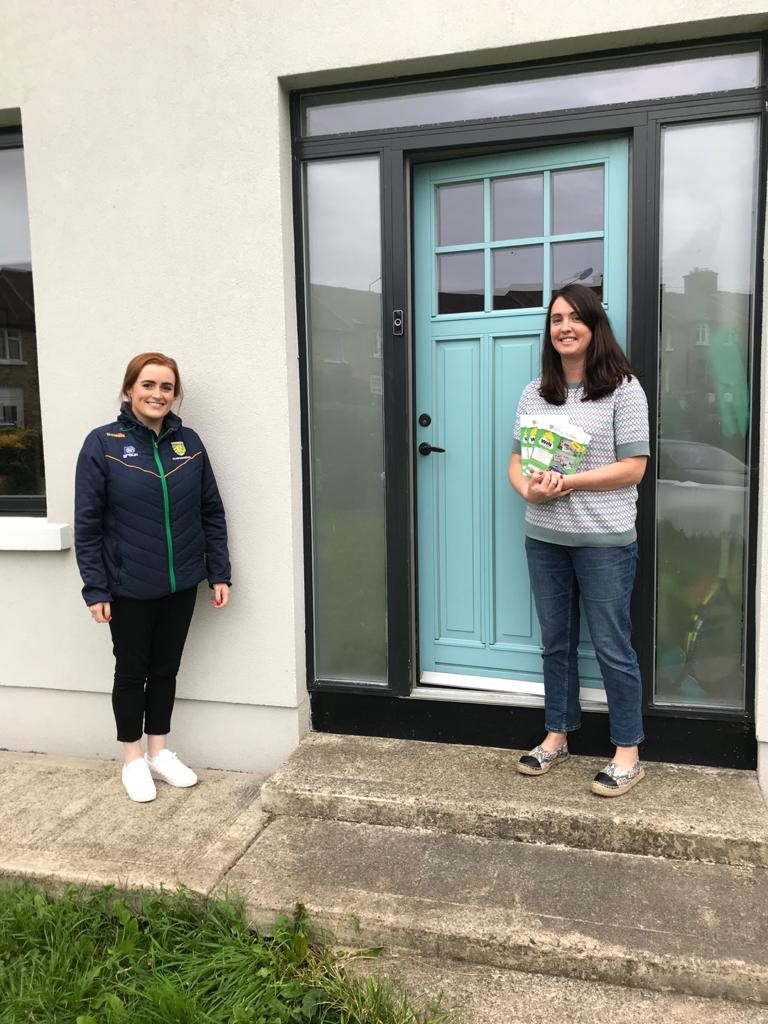 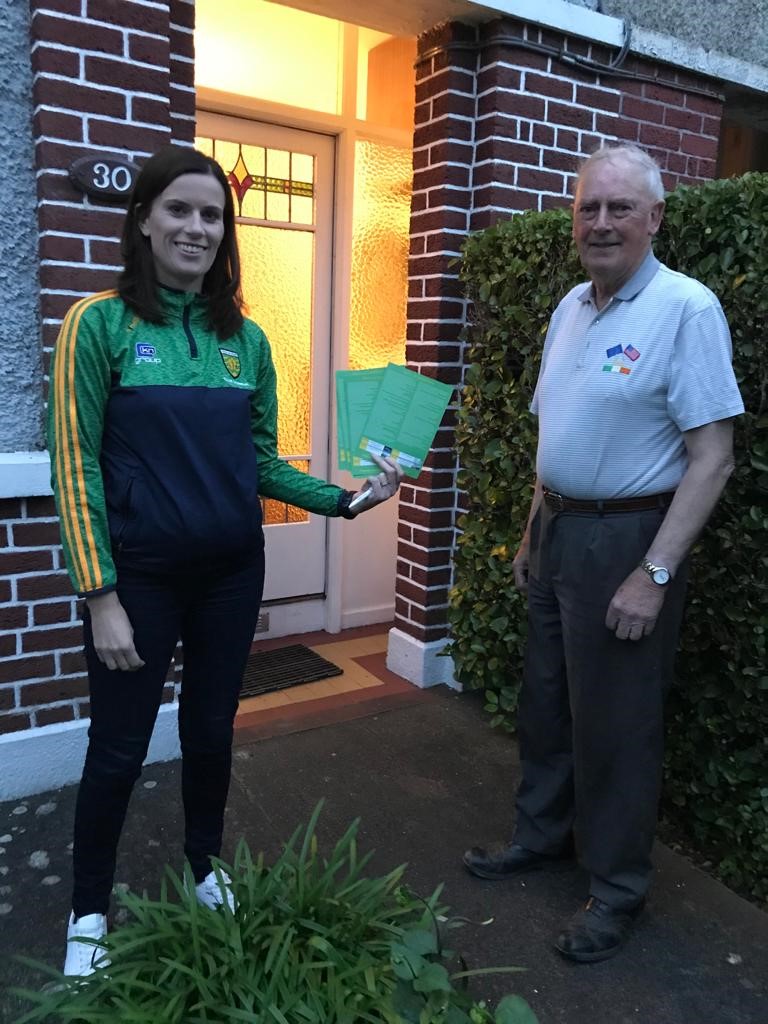 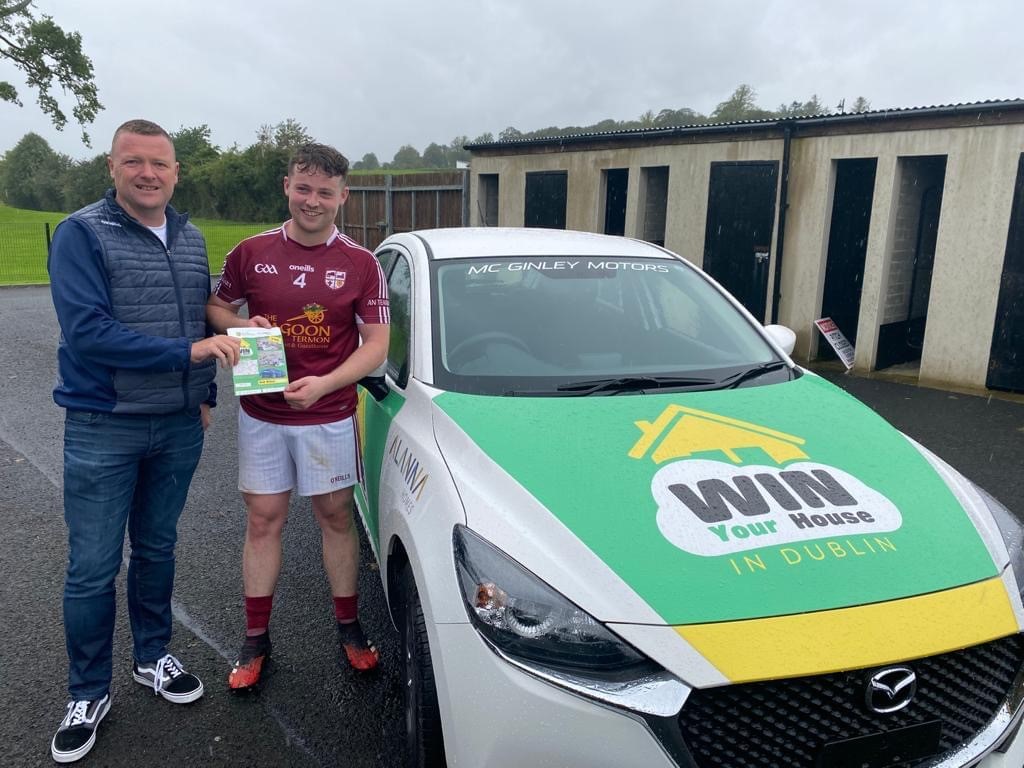 Termon defender, Natahan McElwaine, who was selected as man of the match in Termon’s relegation play-off game against Milford in O’Donnell Park on Saturday, being presented with his prize of a €100 ticket in the Win Your House In Dublin Draw by Noel McCormick of McGinley Motors.