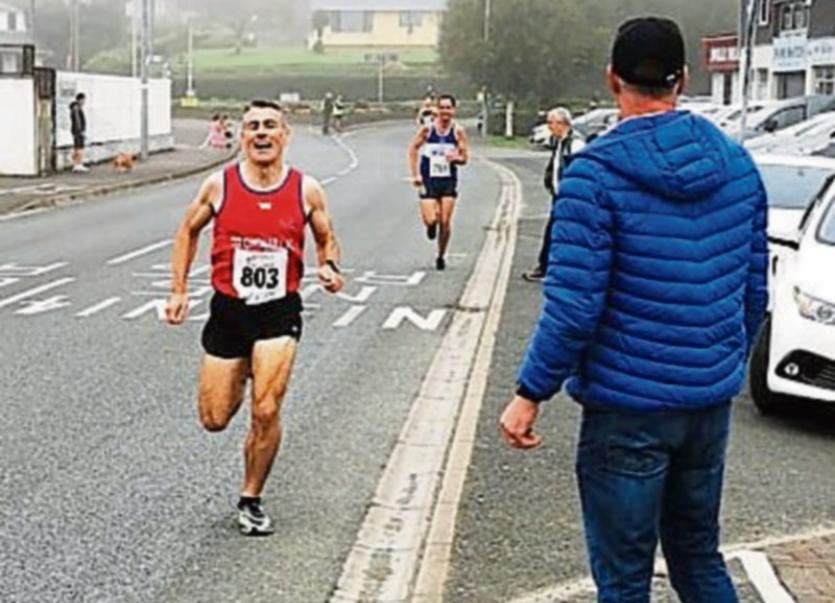 On what was described by Tir Chonaill AC athletes as .. 'a superbly organised and enjoyable race' at a sunny Letterkenny on Sunday morning the Donegal Road 5k championships attracted teams and individuals from most of the counties nine athletics clubs.

The ever improving Nakita Burke, LAC, two weeks ago defeated an International field in winning the Ulster/ANI 5k title at the MPT. On the double loop course on Sunday morning she came home in 16mins 1secs to take the women's title

Tir Chonaill athletes had their most successful day on the roads in recent years. In addition to Martin Cuningham's 2nd overall and 1st O40 they had a team victory in the O50 women -scorers Margaret Sweeney, Sharon McGowan and Philomena Gallagher; a 2nd team performance from the O35 Women - scorers -Emilyn Bonnar, Sharon Thomas, Arlene Galagher and Danielle Boyle.

On a sunny calm Saturday,the 2020 Ulster Winter Throws Festival took place on Saturday last at the Finn Valley Centre and attracted 88 athletes from thirty one clubs nationally. A small group of Tir Chonaill athletes enjoyed the experience and came away with a number of good performances.

The final Tl travel. Best of luck to all