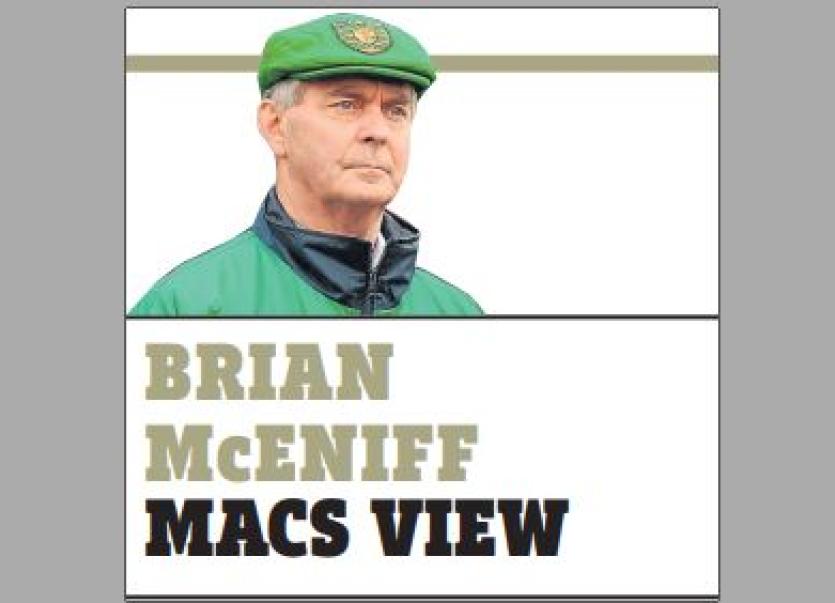 First of all this week congratulations to my neighbours, Aodh Ruadh, on winning the Co Intermediate title. I saw them early in the year against Bundoran in the league and while they didn't start well, they finished strong. I saw them again in the championship against Naomh Brid and I thought they would continue and win the title this year.
I watched the game with my brother-in-law, Philip McGlynn; he was cheering for Cloughaneely. It was a good game. Aodh Ruadh had a good start and then Cloughaneely came back well. They missed a goal and got a goal.
Then a mistake by their 'keeper in the second half put daylight between the teams. But overall I felt Aodh Ruadh were the better team on the day, but there was never much between them. Cloughaneely had been operating in Division One of the league and have experience.
There are some good players in that Ballyshannon side. And they should be able to cement their place in the senior championship. They also need to get up to Division One in the league and stay there.

SENIOR FINAL
The Donegal senior county final has still to be played and I'm hearing that no official date has been set for it yet. I would like to see it played on a Sunday as it is the premier club competition.
I know there will be no supporters present but it should be on a Sunday.
I'm hearing that Naomh Conaill full-back AJ Gallagher has had the red card he got against St Eunan's rescinded. That is good news for the Glenties men as he has had some success in curtailing Patrick McBrearty in the past. McBrearty is in powerful form at the moment and will be hard to stop.
I think Kilcar will just about take it. Overall they have the firepower up front to get over the line. But then you can never write off Naomh Conaill; as Gaoth Dobhair and St Eunan's found out in the recent past. They have a huge club area and a great club.

OTHER CHAMPIONSHIPS
I see that all the other reserve championships have been put on the back burner and there is talk that the U-21 championship might be brought forward.
It is not easy getting a team out now on a Sunday in a place like Bundoran. We were disappointed that the lockdown included the south of the county as there were no cases here, but on Sunday last from a business point of view, it was a disaster as by and large the whole town was locked up.
Hopefully, the people throughout Donegal will mind themselves. The only people who can do it is ourselves. This virus will be with us for a minimum of another six months so we need to be careful.

SYMPATHY
Finally, this week my sympathies to the Smyth family on the death of Joe Smyth. A Leitrim native, he has been living here in Bundoran for the best part of 50 years, having married Marie, a sister of Seamie Granaghan's. He was a good Gael and a great clubman being awarded clubman of the year a number of years ago.
Ar dheis Dé go raibh a anam.