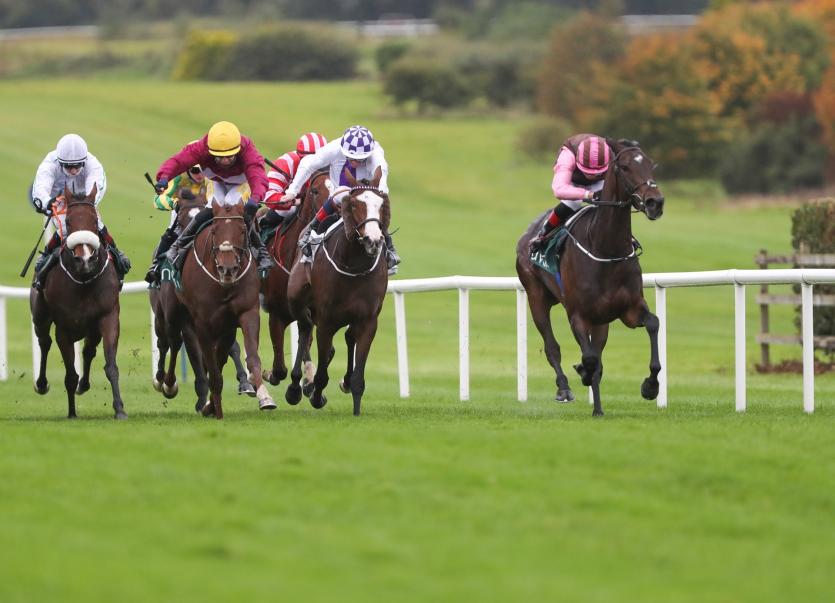 He rode his first winner on the corresponding card a year ago and Dylan Browne McMonagle was celebrating once again at Navan on Wednesday where he captured the Irish Stallion Farms EBF Fillies Handicap on the Joseph O'Brien-trained Memyselfandmoi. Owned by the Rugby & Racing Syndicate, the 15/2 chance made virtually every yard of the running and held off the late surge of the Pat Fahy-trained Stormy Belle by a neck. It has been some year for the young jockey who brought his career tally to 28 winners. He currently lies third in the apprentice championship behind the more experienced Gavin Ryan and Shane Crosse.
Luke McAteer has a career tally of 31 winners to his name after his win on the Paul Flynn-trained Na Caith Tobac in the opening division of the 10f handicap. The 15/2 chance won by a length and three-parts from the John murphy-trained Vita Veritas on McAteer’s last day as a 7lbs claiming apprentice. It was his 19th winner of the season.
Browne McMonagle was a winner again at Limerick on Saturday where he partnered the Austin Leahy-trained Improving to land the opening 6f maiden. The strong 7/4 favourite scored with loads in hand, besting the Denis Hogan-trained Roundel by four and a half lengths. Luke McAteer was a winner again as he partnered the Shane Donohoe-trained Royal Pippen to take the 7f conditions’ race. The 40/1 chance easily beat the Mick Mulvany-trained Comfort Line by a length and a half.