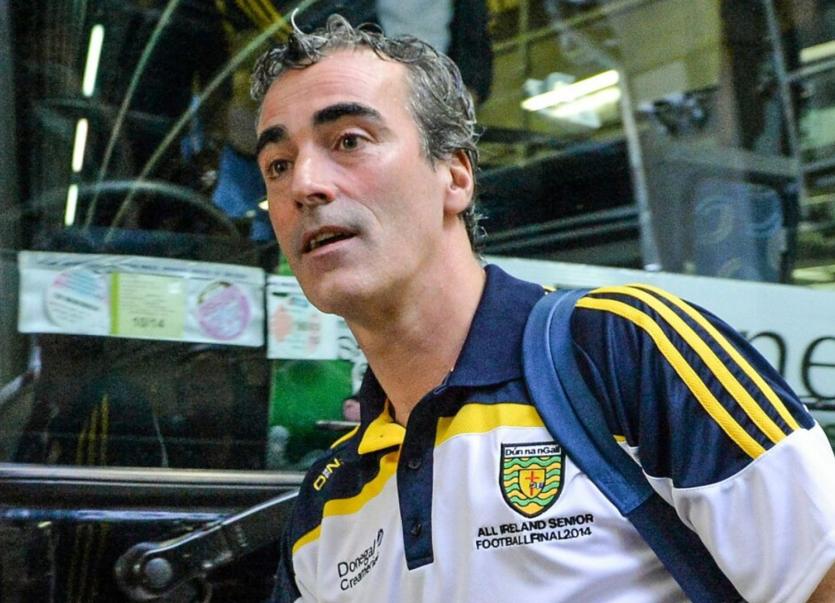 At a press briefing today ahead of the National League resumption Galway manager Padraic Joyce has explained the involvement of Jim McGuinness at a training session with the county on Sunday.
“Jim is a personal friend of mine and has been for years. I went to college with the man. I’d have huge respect for him, his CV speaks for itself," said Joyce at the press briefing.
“He is a qualified professional performance coach and I felt at the time that we needed a kind of a mental aspect to the game, to kind of get a bit of extra bonus into the players. There is a lot more to training a team than going out on the pitch and just kicking points or just blocking and defending.
“There are a lot of aspects to it. Jim brought a different element and the lads enjoyed the session as I did. We’ll have to wait for the feedback, the session only took place yesterday at 2pm, it was over at 4pm. We need to do an analysis of the session and get feedback from the players and see what way it’s working.”
McGuinness and Joyce were teammates at Tralee IT when they won Sigerson Cup medals in 1998 and Joyce says they have remained friends ever since.
The Galway boss said he would wait on the feedback from the players before deciding if McGuinness was to have further involvement, but he added that the initial reaction was very positive.
Galway are top of Division One of the League and are due to play neighbours, Mayo, when the league resumes next weekend.
“He’s an old friend of mine," said Joyce. "We were in college together for years. We had plenty of nights out and plenty of craic and plenty of matches together. I know him really, really well. That’s the relationship. I’ve always stayed in touch with him over the years and we have been good friends and close friends."