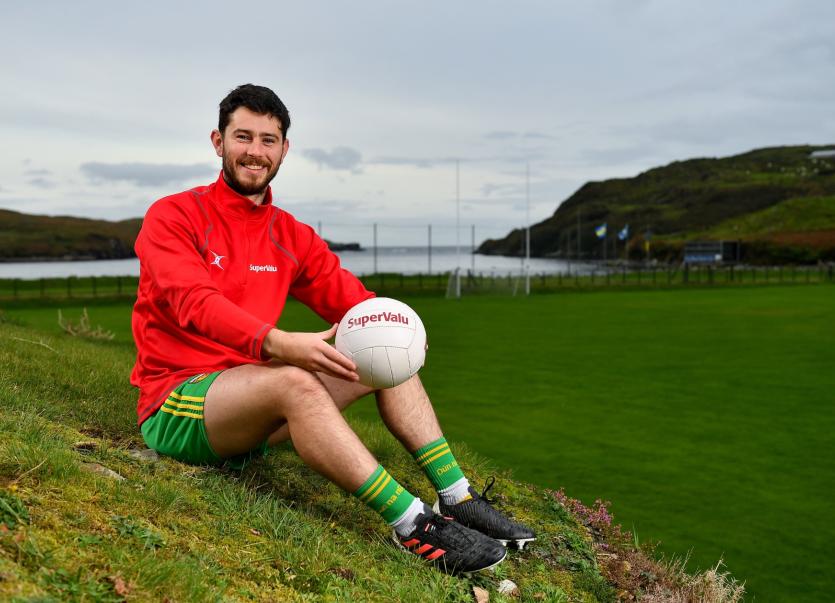 Donegal double All-Star Ryan McHugh is just glad to be back playing football with Donegal and looking forward to facing Tyrone on Sunday in Ballybofey.

He is naturally disappointed that the Donegal championship was not completed and his club Kilcar never got the chance to play their county final meeting with Naomh Conaill.

And although he does think the county final will eventually be played all thoughts on the club championship and his full focus is now on Donegal and the remaining two remaining Allianz National League games and the Ulster championship meeting with Tyrone.

Like the rest of the population Ryan admits it has been a trying and testing year. But he also insists it is a matter of adapting to the situation and getting on with life as best as we can.

“As players we're very grateful that it looks like the Championship will go ahead,” said Ryan, winner of three Ulster championships.

“During the summer and during lockdown, it looked at times that there might be no football.

“The fact we got back playing with the club, and now with the county is great, and we have to be grateful for that.”

Because of Kilcar’s championship run to the county final Ryan only returned to training with the county squad in the last week or so.

“First and foremost, it's great to be back.

“You get to know all the boys and they are like family at this stage. They are delighted to see you back first and foremost.”

And the versatile Ryan is very pleased with the setup he returned too.

“Training has been great. Everything to be fair to Declan (Bonner) and the management team has been spot on. The doctor and the medical team have  looked after everything.

“Yeah we got our wee scare but I think most counties will have got a scare.

“It  isn't easy, but everything up and around Convoy where we train has been handled 100%.”

Ryan’s living situation is such that he does not have any misgivings  of going back playing and running the risk of picking up the virus and passing it on to someone more vulnerable.

“I count myself very lucky. I'm living with my girlfriend and none of my family have underlying conditions. My girlfriend has a granny at home but she is not living with her.

“I count myself extremely fortunate that none of my close contacts that I see every week have no underlying conditions.

“I can understand why people may feel wary about going back, but personally from my point of view, I'm ready to go.”

And McHugh is expecting yet another gigantic tussle on the banks of the Finn.

“It's going to be a huge match. Everyone knows the rivalry between Donegal and Tyrone and it is a good healthy rivalry.”

However, he also admits because the two teams are going into the tie cold (it will be their first competitive game in seven months) it is not normal.

“It's going to be different this Sunday. Normally when we meet we  have seen the previous number of games leading up to it.

Sunday’s game is a crunch Allianz League game where both Donegal and Tyrone need to take something out of the game.

Donegal are currently on five points and in fifth place in the league ahead of Monaghan on score average. Tyrone are one point better off on six points. But they are not out of the woods either when it comes to relegation. The Red Hands are away to Mayo in Castlebar the following weekend while Donegal face Kerry in Tralee.

Mayo are in hot water and second from bottom with just three points while Meath are already relegated. Mayo are away to Galway this weekend before hosting Tyrone in the final game.

The 25 year-old Kilcar man McHugh is very determined that Donegal retain their Division One League status.

“I'm really looking forward to it and delighted to be back playing football, and can't wait for the upcoming three matches.

“To be dining at the top table when it comes to the championship you need to play Division One football year in, year out.

“If we want to be playing Division One football, we need to win this Sunday and that's first and foremost.

Due to the Covid-19 pandemic and the delayed championship, this season’s championship is back to the old fashioned straight knockout championship.

There are no second chances, no back doors in 2020. There are no Super 8s, teams get one crack at it and games have to be finished on the day.

Ryan McHugh is no fan of the straight knockout winner takes all championship.

“No I wouldn't to be honest. I don't think that it's fair.

“As much as I'm looking forward to it, I’m not a fan. But we have just had to accept it with the way things are.”

He thinks it is very unfair on Donegal and Tyrone, one of whom will be looking forward to Christmas after their November 1 championship game.

“I don't really think it's fair that two of the top five or six teams in country meet and one of them is out.

“It is a situation which you probably don't get in any of the other three provinces.

“I don't think it's fair. I think the back door system has worked well. You train all year and at the end of it all you lose one game and you are out.

In a normal year when you have won back to back Ulster titles and are highly fancied for three in-a-row, it is understandable, that you might be thinking of making it through to the All-Ireland championship race.

“The Ulster titles are great, but when you meet in December and January, you're talking about All-Irelands and things like that when you feel you have a good enough team for it.

“It definitely is the next step but we can't look past the biggest step that we have which is in two weeks time against Tyrone in the first round of the championship.

“If we don't get past that, there's no point talking about Ulster or All-Irelands.

“It's an old cliché but it's about taking it one game at a time. Building momentum could come into play this year more than any other year.”