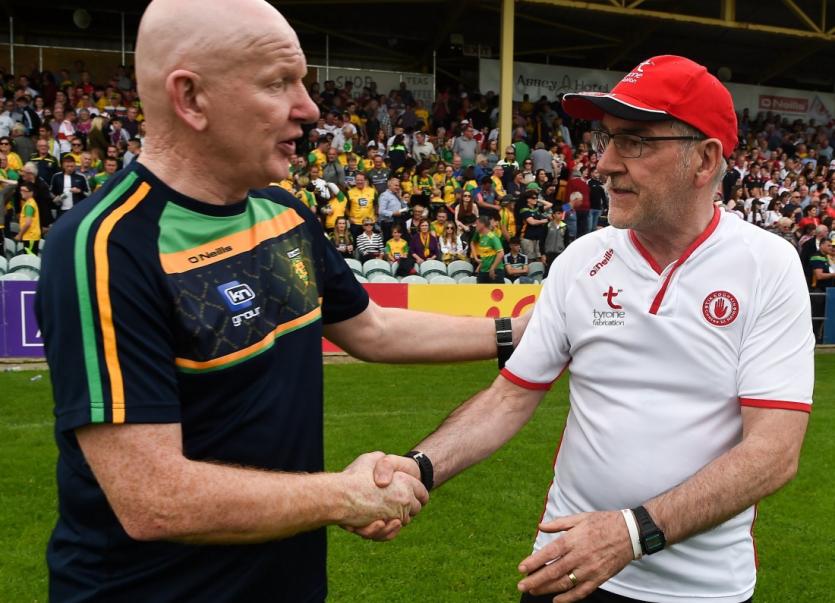 The Donegal and Tyrone teams in the programme for today's Allianz National League round six encounter have been posted online.

Donegal have two significant absentees with Patrick McBrearty and Michael Langan not listed on the 26 man squad. There were rumours to this effect circulating in the county in recent days. Hopefully, both will be fit for the championship encounter in two weeks' time.

There is a return to midfield for Cloughaneely's Jason McGee.

Meanwhile, Conor McKenna is included in the Tyrone line-up by Mickey Harte.

The teams in the programme are: