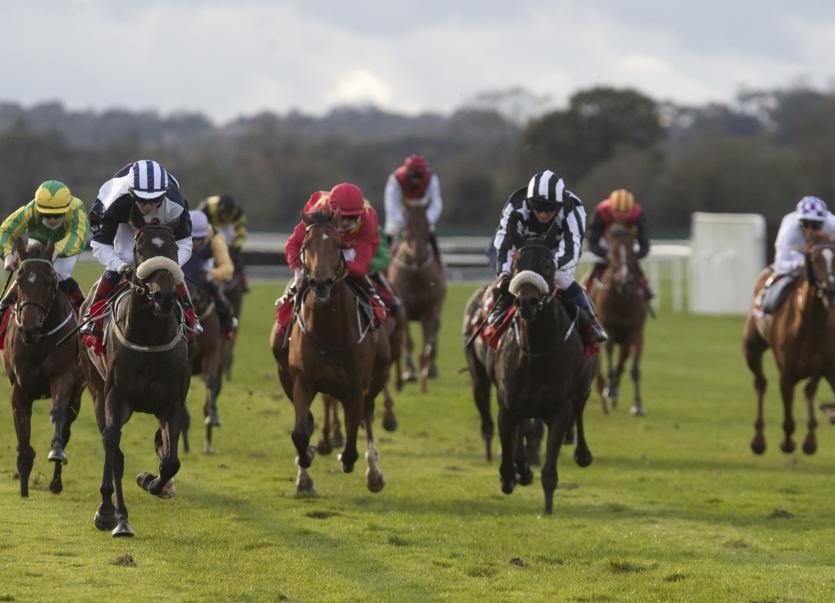 A 25th winner of the season for Dylan Browne McMonagle as Prime Chief win for trainer Jarlath Fahey at Cork on Tuesday. Photo: Patrick McCann/Racing Post

Dylan Browne McMonagle notched up his 25th winner of the season with a cosy success on the Jarlath Fahey-trained Prime Chief in the opening division of the 10f handicap at Cork on Tuesday. A strong 9/4 favourite, the five-year-old scored by a length and a half from Miss Lousie and was also a 30th career winner for the Letterkenny apprentice.
Conor Orr rode his first winner of the week when partnering Colonel Lesley, trained in County Cork by James Dullea, to a narrow success in the 2m handicap hurdle at Tramore on Thursday. Orr got the 9/2 chance home by half a length from the John Berry-trained Caddy Shack.
Luke McAteer landed a double at Leopardstown on Friday afternoon. He partnered the Ger O’Leary-trained 13/2 chance Adamaris to win the second division of the 8f handicap and followed up on the Pat Murphy-trained Angel Palanas, the 11/2 winner of the 7f handicap.
Conor Orr was back in the number one spot at Ballinrobe on Saturday where he rode another winner for a County Cork trainer. He took the opportunity handicap chase on the gambled-on 9/4 favourite Chatham Street Lad for Kanturk trainer Michael Winters. The eight-year-old had not run for 463 days but made light of the absence as he beat the John Ryan-trained Bitview Colin a little easier than the three-parts of a length margin might suggest.
Dylan Browne McMonagle made it two winners for the week when he partnered the Joseph O'Brien-trained Dance Jupiter to win the 10f handicap at Naas on Sunday. It was pretty straightforward for the 2/1 favourite which came from off the pace to score by two and a quarter lengths from the Jim Bolger-trained McCabe.