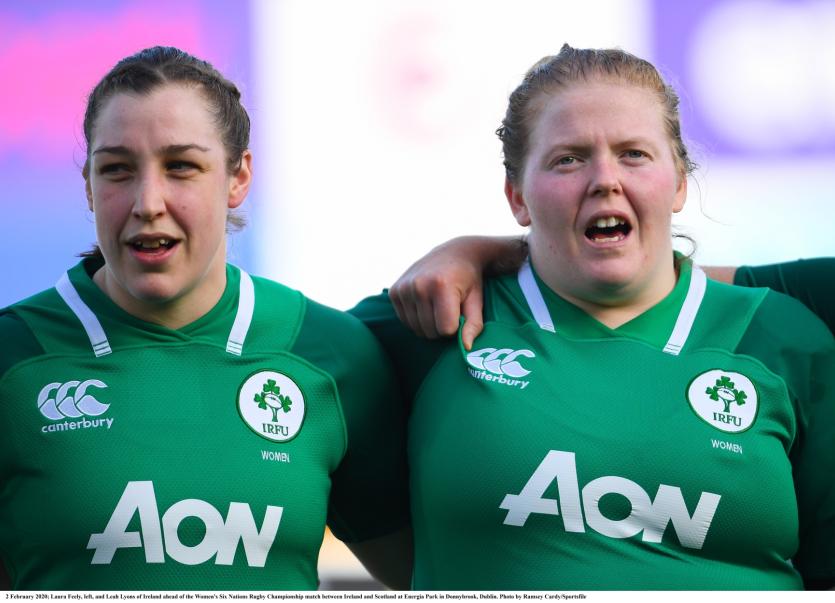 Twin Towns native Laura Feely, along with Eimear Considine, has been ruled out of Ireland's Guinness Six Nations clash with Italy after Covid-19 testing for the squad.
Feely had been selected in the replacements in the match day panel of 23, but was then ruled out with the IRFU describing the switches as "a precaution following inconclusive outcomes of Covid-19 tests on one player and a resultant potential close contact with two other players".
The third player involved is not in the matchday 23 but is part of the wider playing group.
Laura Sheehan comes into the back three, with Lauren Delany moving from right wing to full-back in place of Considine.
Leah Lyons replaces Feely among the replacements.
The IRFU say they assisting the three players, who remain well and are self-isolating.
Griggs said: "We've spoken about it,"
"No one across Irish Rugby in the women's game is actually able to pull on a jersey and play right now and yet here we are already privileged to represent our country and be one of the only teams actually playing in these times.
"It's not lost on us and we want to make sure that we perform really well and give everyone watching something to cheer about come the final whistle."