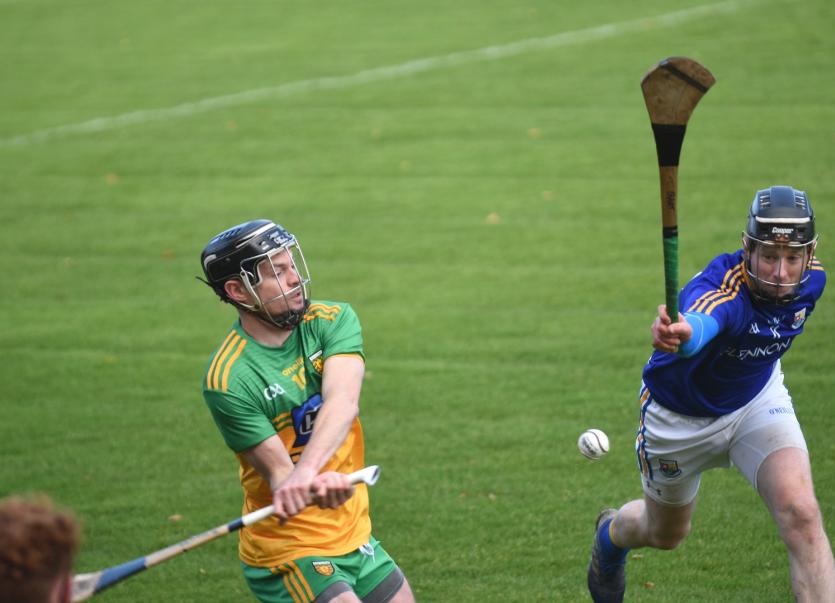 Declan Coulter in action for Donegal last weekend against Longford

After defeating Longford last Saturday in O'Donnell Park, Letterkenny, the Donegal hurlers will face Armagh in the next round, with a place in the semi-final at stake. The game will be played on Saturday with venue and time still to be decided.
It will be a much tougher test for Mickey McCann's men, who will hope to have some of their injured players such as Davin Flynn, Danny Cullen and Padraig Doherty available again.
Mayo will face Tyrone in the other game in the second round this weekend.
Armagh defeated Leitrim last weekend, while in the other game played Mayo were much too strong for Monaghan.