Coleman misses out through injury 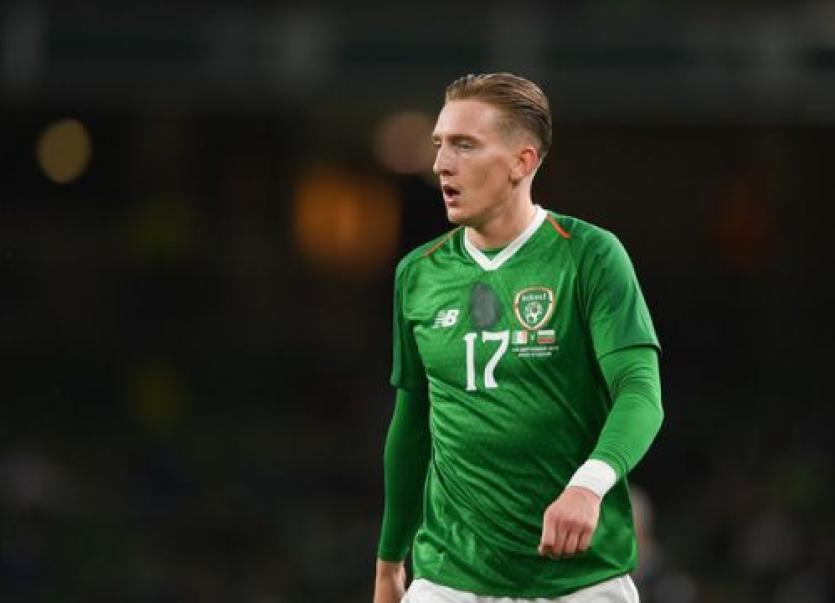 Ronan Curtis came off the bench to earn his 5th Irish cap as Ireland lost out to England in Thursday night's international friendly at Wembley.

It was another proud night for the St. Johnston man who has been on fire in League One this season with Portsmouth.

He came on shortly after the 70th minute and didn't take long to make his impact, forcing England keeper Dean Henderson into a fine save with a wonderful strike from just outside the area.

At that stage of the game, both sides had made a number of changes with England in control at 3-0.

They led 2-0 at the break thanks to goals from Harry Maguire and Jadan Sancho. A third from the penalty spot just before the hour from Dominic Calvery-Lewin killed off the Irish challenge.

The result means Stephen Kenny is still awaiting his first win since taking over as Ireland manager.

However, once again, his team's chances weren't helped by the absence of so many players from his squad. His captain, Seamus Coleman missed out again after suffering a recurrence of an injury in training on Wednesday.

Ireland return to action again on Sunday away to Wales in the UEFA Nations League.