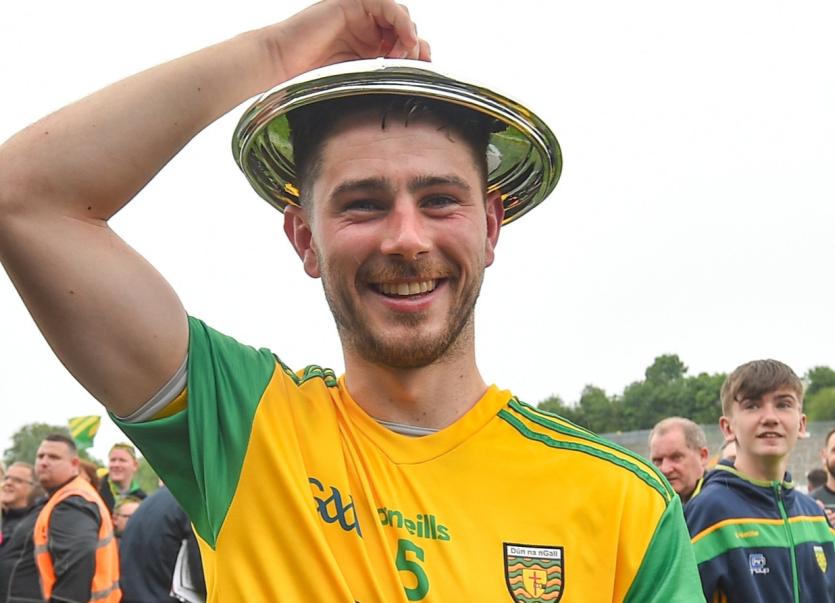 Ryan McHugh will join a unique band of Donegal footballers on Sunday next when he plays his 100th game for Donegal in the Ulster final against Cavan.
And in doing so the McHugh family will also create a new record - Martin also played 100 games for Donegal - this will be the first father and son centurions in Donegal GAA.
Ryan has reached the magic 100 number at the age of 26 while his father was almost four years older in 1991 when he reached the 100 mark on June 2nd in a home championship game against Cavan.
Ryan McHugh made his Donegal senior debut in 2013 at home against Down in Ballybofey in the National League on February 9th.
His championship debut came that summer in the Ulster championship semi-final against Down in Cavan. Interestingly his Dr McKenna Cup debut didn't happen until 14th January, 2018 when he played against Monaghan.
Ryan become the first Donegal player who joined the panel since the 2012 All-Ireland success to reach the 100 mark, a major achievement.
He has played in every Donegal championship game since his debut - 42 games and counting. His scoring rate, despite being mainly situated at half-back, has been impressive with a tally of 14-53 so far.
Let's hope he adds to that on Sunday next in Armagh.