New pitch to be laid at Athletic Grounds, Armagh for Ulster final between Donegal and Cavan 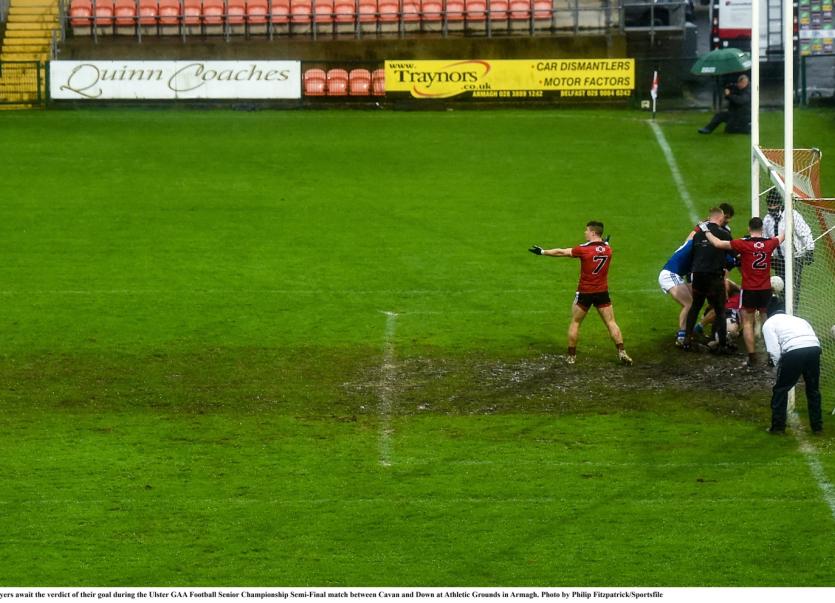 The muddy goalmouth at the Athletic Grounds on Sunday last during the Cavan-Down semi-final Picture: Sportsfile

After much discussion surrounding the state of the pitch at the Athletic Grounds, Armagh - which hosts the Ulster final between Donegal and Cavan on Sunday next - it is learned that a new playing surface is being laid for the showpiece.
BBC NI are reporting that work on the pitch is well underway and will be completed by Thursday.
A spokesperson for the ground said: "Logistically it is a big undertaking. We are already well underway and the resurfacing will be finished by Thursday. It seems the weekend weather is also in our favour, the pitch will be in great shape."
The long range weather forecast for Sunday afternoon is giving a dry day but cold.
At the press briefing ahead of the final on Monday last, Donegal manager Declan Bonner was asked about the pitch, which cut up badly during the second semi-final between Cavan and Down.
The Donegal boss said he had some concerns about the state of the pitch but also felt that the Ulster Council would have it ready for the final.
Well it seems that's what is happening.