MANUS BOYLE COLUMN: Donegal on track for third win and a shot at Dublin 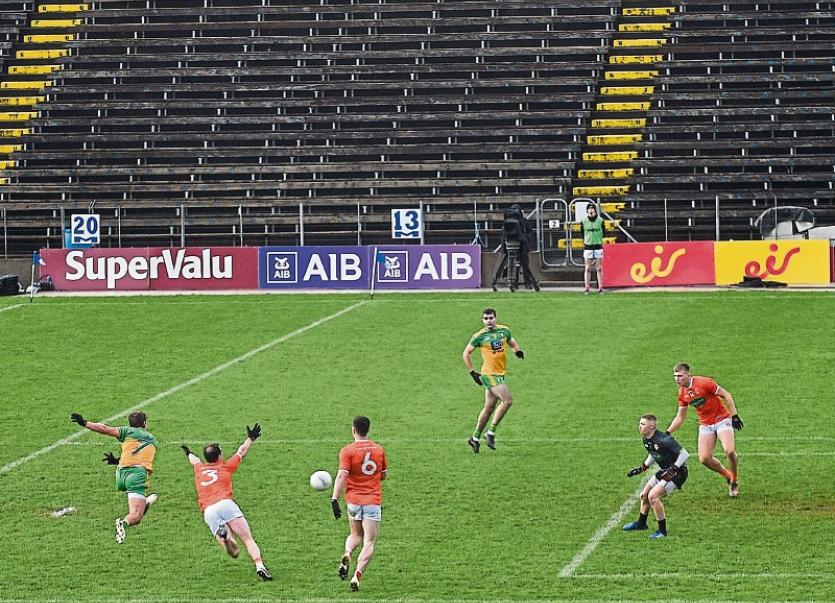 Both Dessie Farrell and Declan Bonner found themselves in the same boat last weekend. Both Dublin and Donegal had comprehensive victories over Laois and Armagh respectively; both sides put up some series numbers in terms of scoring in championship games. However, both managers will have to ask themselves just how good their performances were.

Every manager that I have ever played under always prepared you in a way, especially around championship, that this was your last game; go out give it your all and leave nothing behind was the general message you received. It’s didn’t matter what division of the National League the opposition were in, you took it that on any given day, there was a possibility that every team could beat the other.

Times have changed and while managers, players and many commentators will give you that spin, the results are not telling the same story. In both the Donegal v Armagh and the Dublin v Laois ties, the games were done and dusted before half-time. Donegal blitzed Kieran McGeeney’s side in the first 20 minutes and there was no way back. Regardless of their promotion to Division One, Armagh were light years behind Donegal in terms of physicality; their game plan and their overall decision making when they were on the ball. It was generally the same in the Laois Dublin game. Dublin had so many chances for goals in the first 15 minutes, how they only ended up with two is beyond me.

Can either manager or set of players from Dublin or Donegal read into either results? Probably not and to be fair they don’t have much time to look into anything as they have to get their act together for this weekend with the Leinster final on Satirdau night and the Ulster game on Sunday.

The reason I talk about both is because in the last week many commentators have come to the conclusion that Donegal are the only side capable of putting Dublin to the sword; it doesn’t say a lot for the likes of Cork or Tipperary and Mayo in the other section of the draw, never mind about Meath and Cavan.

While it is reasonable to suggest that both Donegal and Dublin are well ahead of the rest in terms of progression, Dublin, after winning the last five All-Irelands and Donegal going for three in-a-row in Ulster, it’s important to consider what we may take for granted during the playing of the championship and the difference this year.

Normally it would be in the summer, but on wet pitches, windy conditions and playing games week after week can have a different effect on each side. Plus form can be thrown out the window in the space of a few days. Kerry captured a National League a week before Cork dumped them out of the Munster championship. Things are evened up a bit more at this time of the year, and looking at form from last year or even last week goes out the window.

Donegal’s performance against Armagh was excellent from the moment the ball was thrown in. Michael Langan’s score from the start set the tone for what was to come and when Peadar Mogan finished to the net in the first half the writing was certainly on the wall for an Armagh team who struggled with Donegal’s physical presence and the pace they attacked but also how quick they got into their shape when they had to defend.

Declan Bonner has found a great balance between youth and experience. He has blended lads with the physical presence who can also play a bit. Caolan McGonagle was again excellent and along with Hugh McFadden, Ciaran Thompson and Michael Langan have formed a brilliant partnership both going forward but also in defence.

Add Michael Murphy and Neil McGee and Donegal have found a huge physical presence, something that is required within the modern game. He had added a lot of pace with the likes of Niall O’Donnell and Peadar Mogan, who seems to get better with every game; Eoin McHugh and Jamie Brennan. Then when you add the likes of Ryan McHugh and Eoghan Ban Gallagher, it certainly gives Donegal a lot of different options.

Cavan have had a busy schedule since the National League started back, add those two games plus the three Ulster championship matches, they have become hardened to it all very quickly. In their semi-final victory over Down they went in eight points down at half-time. They were poor in that first half but were a completely different side after the break. They never throw in the towel and went hard at the Mourne men as soon as the ball was thrown in for the second half.

Whether or not five weeks in-a-row will take it’s toll only time will tell, but under Mickey Graham, there is a bit of that old Cavan spirit about them.

For Donegal the opportunity to have another battle with Dublin in the All-Ireland plus winning three Anglo Celts in-a-row will ease the pain of being in level five lockdown.