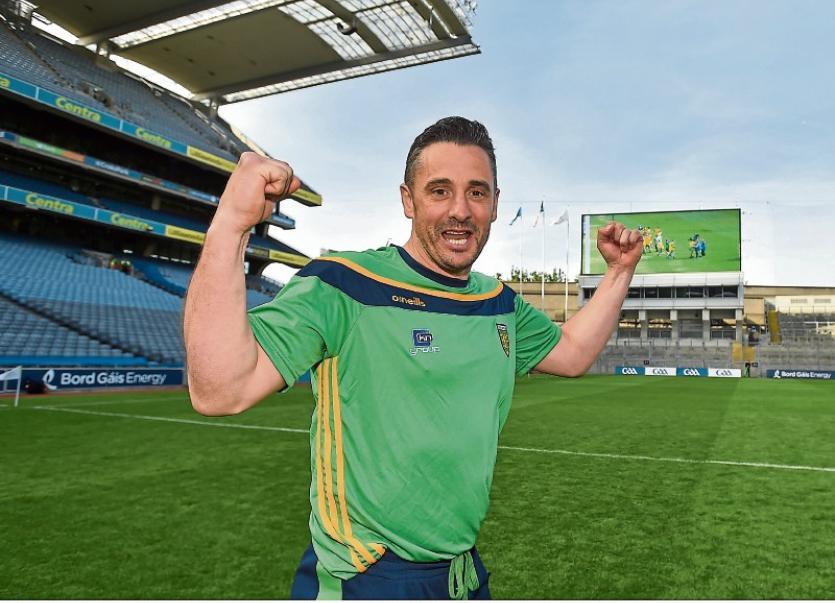 Donegal are bidding to turn a good year into a great one when they go head-to-head with Mayo in the Nickey Rackard Cup final in Croke Park on Sunday. (1-30 pm).

Already crowned Division 3A Allianz National Hurling League champions, they are chasing a unique league and championship double when they face the Westerners on the hallowed turf.

Donegal defeated Armagh in the Division 3A final just before the lockdown last March.

Mayo, who are playing at a higher level in the league, are favourites to claim the coveted championship.

But Donegal, on the back of an ever improving three game campaign to reach the final with wins over Longford, Armagh and Tyrone, will enter the decider confident if they hit the form button, they can be Nickey Rackard champions for the third time.

“Mayo are playing in Division 2A of the league for the last few seasons and are in Nickey Rackard Championship due to a restructuring of the Christy Ring championship,” said Donegal manager Mickey McCann.

“They are very strong at half-back and half-forward. The half-back line is the launching pad for a lot of their attacks and scores.

Cathal Freeman, who scored 2-2 against Leitrim in last weekend’s semi-final, is on the left side of the half-back line with David Kenny in the centre and John Hunt on the right wing.

“If we can get our half-forwards to play as well as they can we will be in with a great chance. But we are going to have to get a big performance from the half forward line,” said McCann.

Mayo had big wins over Monaghan, Tyrone and Leitrim to book their place in the final. They had 22 points to spare at the end of their clash with Monaghan and were 17 in front when the referee called a halt to last weekend’s semi-final.

And they were 18 points winners over Tyrone in the second round. The score in that game was 1-24 to 0-9.

Donegal were 3-26 to 1-21 winners over the Red Hands in last weekend’s semi-final.

Donegal had something of an injury crisis in recent weeks and that has resulted in Mickey McCann reaching deep into his squad. Donegal have used 27 players in three games.

Top scorer all season Declan Coulter pulled up at half-time in the second round game with Armagh and did not feature against Tyrone. Davin Flynn missed the opening game and played half and hour against Armagh before having to drop out.

Bernard Lafferty featured against Longford but was ruled out for both the Armagh and Tyrone games.

And veteran Danny Cullen missed the opening game against Longford but featured again in the last two games and he was really back to top form last Saturday, in the win over Tyrone.

But with Croke Park looming all the walking wounded of the last few weeks are back in training and well on the road to recovery.

For the first time since the campaign began at the end of last month Mickey McCann had good news to report on the injury front.

“Things are a good bit better this week on the injury front. Bernard Lafferty and Declan Coulter trained on Tuesday night and are good to go.

“Davin (Flynn) was back doing some light jogging. He won’t be fit to start but he will probably be fit enough to make the bench.”

With Jack O’Loughlin and Gerard Gilmore stepping up in the scoring stakes and Richie Ryan and Conor O’Grady also making their mark along with Kevin Kealy in the absence of Coulter, Flynn and Lafferty, Mickey McCann has a number of big calls to make when he sits down to finalise his starting lineout.

“It is a bit of a headache all right. But it is a good one to have and it will certainly mean we are going to have a strong bench which can only be good.”

Donegal have won the Nickey Rackard Championship twice before in 2013 and 2018.

Stephen Gillesppie, Gavin Browne, Bernard Laferty, Gerard Gilmore, Davin Flynn, Niall Cleary and Mark Callaghan were on board the team in 2018 and are hoping to win a second championship winners’ medal.

Former Armagh player Declan Coulter is also hoping to win a third on Sunday. He was a winner with the Orchard County in 2012 before transferring to Donegal to claim his second in 2018.