Sadness in Mountcharles, Drimarone and south Donegal at death of Mickey Kerrigan 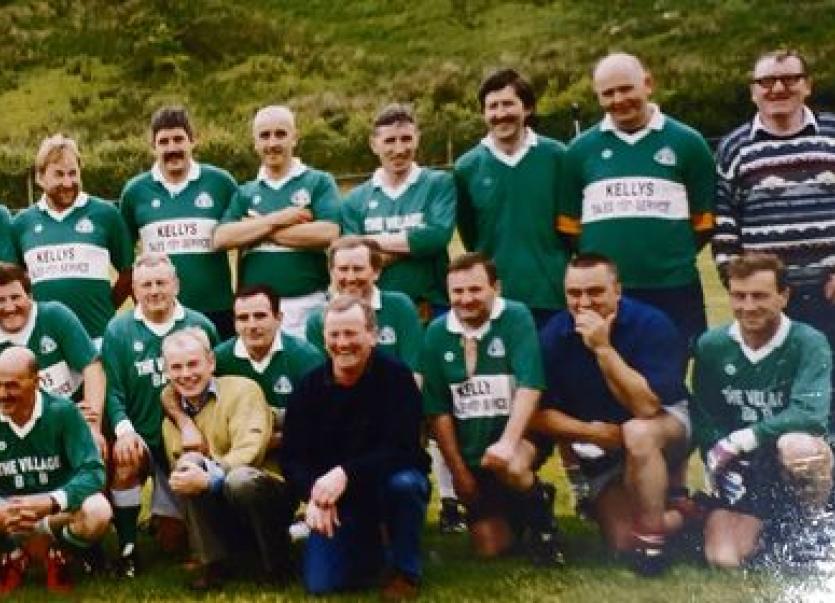 The death after a short illness in Donegal Community Hospital of Michael Kerrigan, Mountcharles was learned of with much regret in south Donegal late last week.
Affectionately known as Mickey, the late Mr Kerrigan was well-known through his work and especially through his love of sport with St Naul's, Donegal and Kerry (in that order) top of his loves.
When you add in that he was the Mayor of Mountcharles for the last seven years, a role he carried out with great pride, it was understandable that his passing at a relatively young age was received with great sadness.
But while he was the first citizen of Mountcharles, he was a Drimarone man first and foremost. Born in February 1951, Mickey, apart from a brief spell in England and Dublin, spent nearly all of his working life on the roads of south and south-west Donegal supplying outlets with fruit and vegetables from McGinty's of Donegal Town. He had started under the guidance of Peter Campbell of Marian Villas, Donegal Town, served his apprenticeship and then took over. There were many stops over the years for chats and cups of tea on those trips. Michael took great pride in that work and was never a day off sick.
And nearly all conversations would turn to sport. Mickey had a love of all sport (the only sport he didn't understand was cricket). But it was Gaelic football which really took centre stage.
A very talented sportsman himself, he was a noted sprinter at local sports on McCahill's Holm in his early years and he was also a talented and nifty footballer. He was a panel member of the St Naul's team which won the Donegal junior championship in 1972 and a few years later was the player who scored the first goal for Letterbarrow Celtic when they entered the Donegal Junior League. That goal was also scored on McCahill's Holm, the centre of the Drimarone sporting universe at that time.
His move to Mountcharles came after he met Anne McShane of Kilcar and they were married in March of 1978 and set up home there.
His great interest in GAA saw him being a spectator nearly every Sunday at a club or county game, travelling all over the country to follow his great love. And there would be plenty of discussion on different aspects of the games, because Mickey Kerrigan was a great man to get a discussion going. After Donegal, Kerry football was his second love. He was involved in many's an argument with all comers about the greatness of Kerry football. And he could hold his own in any argument, there was nothing he liked more.
Mickey was a man who had time to chat and also had a gentle nature. His work, family and sport were his great loves and he will be sadly missed, especially by his close family. He lived for them and especially his four grandchildren.
Michael Kerrigan was laid to rest in Mountcharles on Saturday last, shortly before Donegal were playing Armagh in an Ulster semi-final. As his remains passed through the village going to the Church of the Sacred Heart, St Naul's GAA club formed a guard of honour. You would imagine that Mickey was looking down on Breffni Park and making comments on how Donegal were playing.
He is survived by his wife Anne; daughter Helena; son Ronan; son-in-law Sean; brothers Tom and Jimmy; sister Anne Melhem (New York) and four grandchildren Jamie, Orla, Ryan and Emily.
May his soul rest in peace.