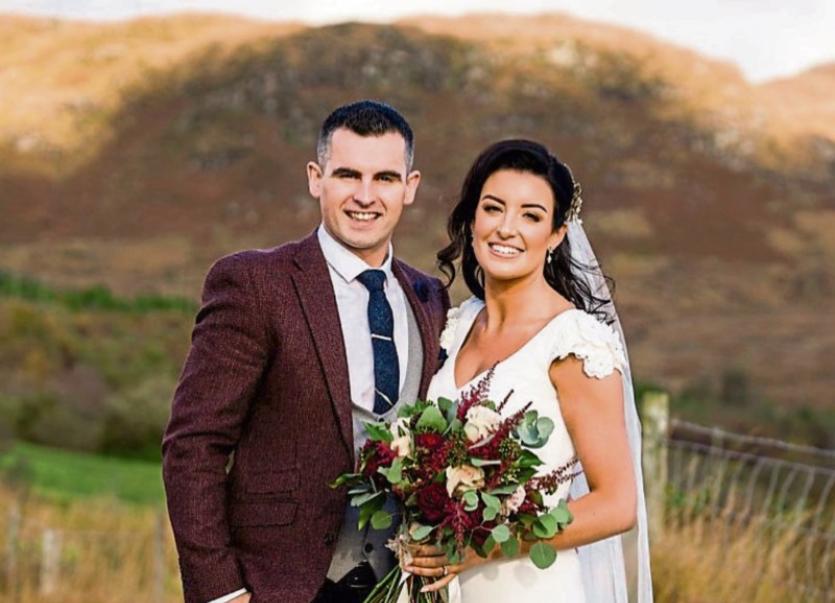 Raymond Galligan, the Cavan captain and goalkeeper, has written himself into Cavan football history this year with one mighty kick.

It was his last gasp 55 metre free in extra-time that got Cavan’s dream championship run underway with a shock one point win over a highly fancied Monaghan, first day out.

His winner was celebrated throughout Cavan and there was a small celebration around Donegal Town as well as Raymond is married to Niamh Martin, a football mad family, who will be supporting Donegal this Sunday. Niamh was sporting a Cavan jersey in last year’s final just months ahead of their wedding, which took place last October.

After the Monaghan win, Galligan, a poacher turned gamekeeper, has long stopped basking in the glow from that glorious October afternoon on St Tiernach’s hallowed sod, when the Farney men were cut adrift.

“It was an opportunity,” was the Cavan skipper's response to a query on how it felt standing over the free in the dying seconds at Monday’s virtual press briefing ahead of Sunday’s final.

“It all happened very fast and when I got the nod to take it, it was just a matter of sticking to the routine and believing you can do it.

“Thankfully, it went over; on another day it could go horribly wrong. It certainly was a nice feeling when it went over.”

Raymond started his playing career as a forward and was singled out at underage as one to watch for the future. He captained Cavan minors from centre half-forward and scored ten points against Roscommon on his senior debut in a league game.

But injury and a sojourn down under in Australia ended his early senior career shortly after it started.

And his return to the famed blue and white jersey came when his Lacken clubmate, Terry Hyland, took on the manager’s armband.

He was back, but not as a forward, but between the sticks as goalkeeper.

Modelled on Dublin’s Stephen Cluxton, 31-year-old Galligan is right up there with the top netminders in the land and is now being mentioned in the same breath with Ulster’s finest number ones Monaghan’s Rory Beggan, Tyrone’s Niall Morgan and his opposite number on Sunday Shaun Patton.

He was between the Cavan posts when Donegal beat them 1-24 to 2-16 in last year’s Ulster final. And the Cavan number one had no bother admitting which was the best side on that day.

“We are under no illusion, it was a five point hammering we got last year.

“They were extremely dominant throughout the game. It is something we are definitely mindful of.

“But for us it is all about seeing how much we have improved over the last 15 months or so.”

It has been a hectic return for Cavan since the football season returned in the middle of October.

The Breffni men, by virtue of being drawn in the preliminary round in Ulster, have seen action for the last five weeks in-a-row.

The lost to Kildare and Roscommon in the league and recorded wins over Monaghan, Antrim and Down in the Ulster championship.

After those league defeats to Kildare and Roscommon there weren’t many outside the Cavan squad who held out much hope for the championship.

“We felt we got a lot of things right in the league. Against Kildare we scored 20 points, and unfortunately conceded too much and we lost that game by by four points.

The following week we held Roscommon to 1-12 to 1-13 but did not score enough.

“Thankfully we got the balance right against Monaghan and we have done it over the last couple of weeks and have now built up a bit of momentum going into the final.”

The Cavan skipper admits the proof of the pudding is in the eating and he admits Sunday’s game will tell the tale.

“We feel fresh and having these games and having momentum is allowing us to be able to understand each other better.

“We teased the system we are playing when we got back in the two league games and we have been building on it in the last few games.

“Hopefully, on Sunday, those five games will have benefited us and we will have narrowed the gap between ourselves and Donegal.

“For us it is all about seeing how much we have improved over the last 15 months or so.

“It is all about ourselves and hopefully we have improved enough to put on a complete performance that will be good enough on the day.”

Sunday’s game will be Raymond Galligan’s 76th outing in a Cavan shirt and only his second Ulster final.