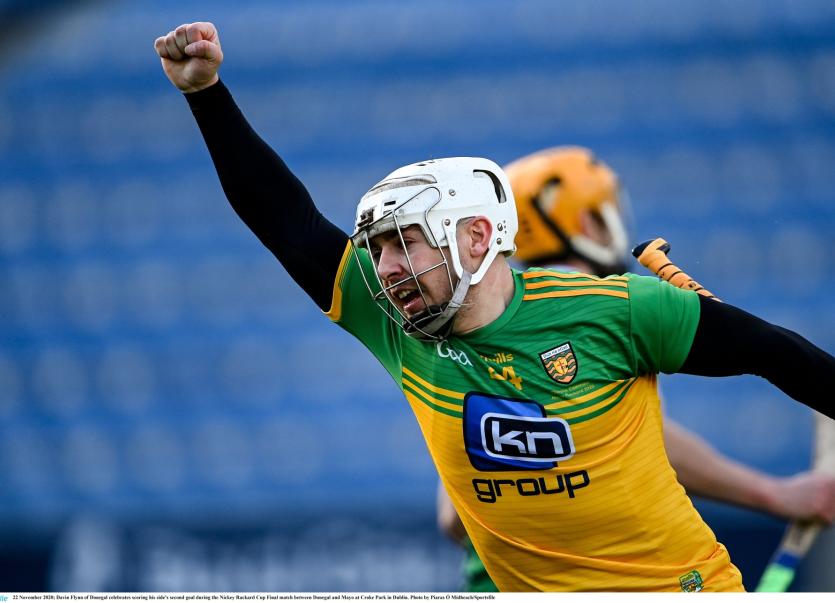 Donegal are Nickey Rackard champions for a third time following a dramatic final win over Mayo in Croke Park on Sunday afternoon.

Joe Boyle, Davin Flynn and Ritchie Ryan scored the goals in a high octane final played before an empty house at national headquarters.

This was a truly amazing game. Mayo were the favourites before the throw-in, and when they led by five points at the first water break they had lived up to that billing.

Donegal were at sixes and sevens as dominant Mayo scored freely with Shane Boland, Brian Morley, Jason Coyne, Eoin Delaney all picking off points to comfortably lead at the end of the first quarter.

Donegal, who were gasping for more than water at the break, had lived off crumbs in those early exchanges. Declan Coulter (2) and Danny Cullen raised white flags to just about keep the men from the north west in touch. 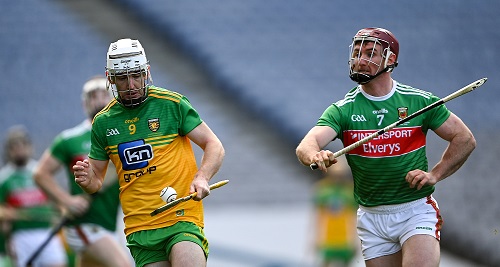 Mayo were winning all the breaks and were first to every ball.

Donegal had settled a little after the water break and had chalked up three points before Joe Boyle struck for the first of the goals.

That was on 32 minutes and cut the early Mayo advantage to two -  Donegal 1-7, Mayo 0-12 with three minutes left in the half.

And that is how it remained until the half-time whistle as Mayo went in 0-13 to 1-8 in front.

Donegal needed a big ten minutes on the resumption. Declan Coulter, David Flynn, both who passed late fitness tests to make the start, hit scores along with Ronan McDermott.

Donegal were now playing all over the park as if their lives were at stake and it was Mayo who were losing out in the 50/50 challenges and the battles for the dirty ball.

And with Coulter nailing two long range frees, the lead was out to three points, 1-16 0-16 with a little over a quarter hour to play.

Rocked by the Donegal blitz, Mayo regrouped and they reeled off three points without reply as the hour mark approached.

And the Westerners were back in front shortly after to lead 0-21 to 1-17 with less than five minutes remaining.

But they were reeling again shortly after when Donegal struck for two more goals in the space of a minute. Flynn netted the first after Ritchie Ryan broke a long Bernard Lafferty delivery, in the Mayo goalmouth, for a lurking Flynn.

And one minute later Flynn turned provider to find Ryan on the edge of  the area and he thumpted the ball to the back of the Mayo net. Donegal were leading 3-17 to 0-21 and were champions in waiting.

Coulter brought down the curtain with another long range strike to seal a famous Donegal win and a third Nickey Rackard for the warriors from the north west.