Another new milestone for ladies football at Letterkenny Gaels 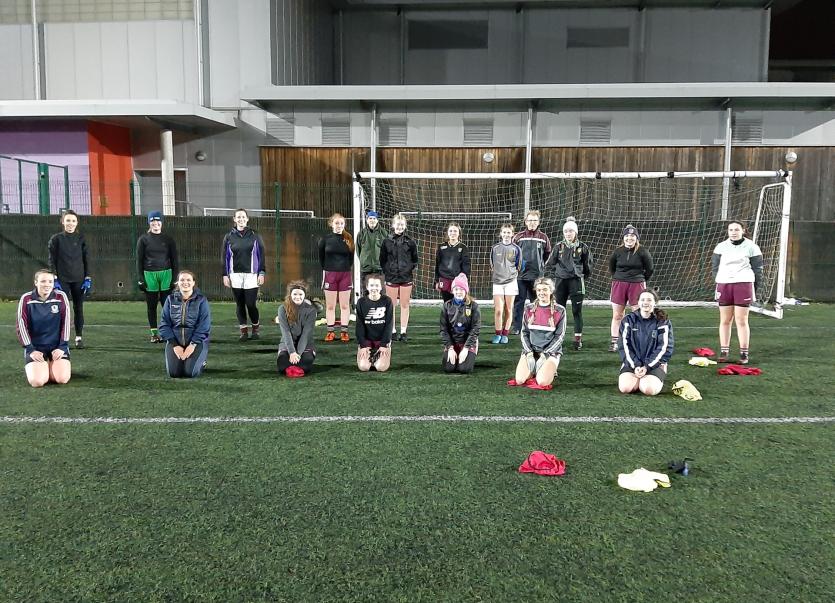 Plans are in place to enter an adult team into Donegal LGFA competitions next season - and on Friday evening, the new squad held their first training session.

A bitterly cold night, rain and strong winds didn’t deter the players as they took part in a first training session with coaches James Frain and Michael O’Connor.

For a number of years now, Gaels have been building the foundations for an adult team with tremendous work going on at underage level.

The club has teams from U-8 right up to Minor and while there has been very little club football played in 2020 due to the Covid-19 restrictions, those teams that did see some action enjoyed excellent campaigns. 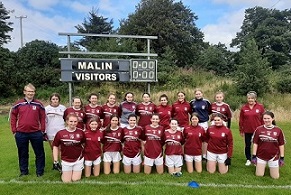 Letterkenny Gaels minor ladies, pictured before a match away to Malin this season

Because of the continued success enjoyed by the older underage sides, particularly at U-16 and minor level, the club decided to go with an adult team next year,

It’s not the first ladies adult side within the club. But the hope is that with so many underage players coming through, the Gaels can look forward to having a strong squad of players who can line out for the club for many seasons to come.

The new adult team will be managed by Michael O'Connor, and he said there has been a really positive response towards the new side.

"We had a great turn-out at training a the Aura Centre on Friday night. It was great to see so many of the older players back again, and mixed with some of the younger crop coming through, we should have a good squad for the new season," he said.

"Letterkenny Gaels would be delighted to welcome along players in the area who perhaps haven't played in a while, and would like to get involved.

"There was a great buzz at training on Friday night and while 2020 was a really difficult year for everyone, hopefully we can have a more positive season in 2021 and it will be great to get back playing football."