CROKE PARK TO APPROVE SECOND HALF OF YEAR FOR CLUB ACTION 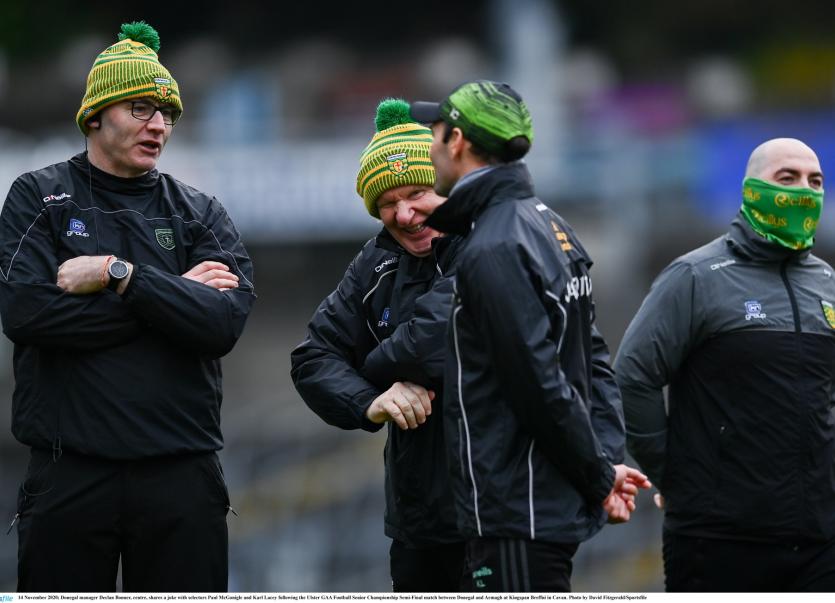 It looks as if the GAA season will be split again in 2021 with the intercounty season beginning first from February to July with the club season taking the second half of the season.
After an online meeting between Croke Park and county chairmen last week, it only remains for it to be ratified at Central Council level on Saturday next.
There will be no games in January with all the provincial competitions like the the Dr McKenna Cup postponed next year.
Due to Covid-19 restrictions, the GAA authorities are planning a new one year pilot programme. It is believed that the Allianz National Football League will start on the last weekend of February and be completed on the first weekend of April. The league is likely to be a regional one with the Divisions divided into two groups. In Division One, Donegal could be in a group with Tyrone, Armagh and Monaghan with Galway, Roscommon, Dublin and Kerry in the other group. The other divisions will be divided accordingly, also on a regional basis.
The top two in each group will play off to see who are division winners, while the bottom two in each group will battle to avoid the drop. It will mean that all teams will play either four or five games.
The championship season is set to start in April, two weeks after the league finals weekend, with the All-Ireland final to be played on the last weekend of June or the first weekend of July.
It is hoped to have the provincial finals played at the end of May. No decision has been made yet on a qualifier system or Super 8s, but it is likely that there will be no Super 8s, but it is possible that the qualifiers will be retained. The finishing touches were to be put to the plans this week and it will be ratified at a meeting of Central Council to be held next weekend.

MINOR AND U-20
The Minor and U-20 championships are also being held in the early part of 2021. Both competitions will be held in March and April with the minor All-Ireland final being planned for the May bank holiday weekend.