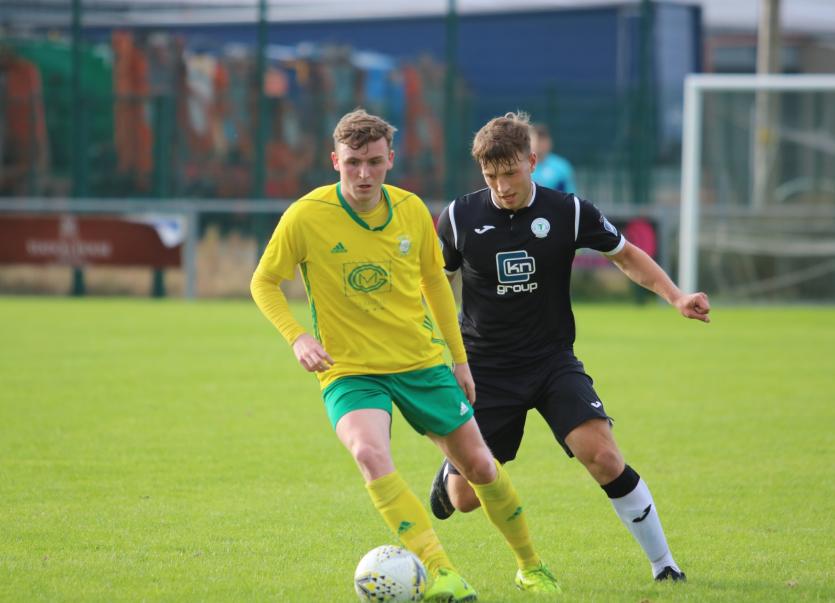 Finn Harps is delighted to announce that Ryan Rainey has signed with the club for the 2021 season. The Donegal man is the first new signing to be confirmed for next season
Rainey is comfortable playing in both defence and midfield, and has spent the last two years with his native Bonagee United. Prior to returning to Bonagee, he spent seven years in Wolves’ youth setup.
Ryan was Bonagee’s top scorer in the USL last year and was named as the Watson Menswear Ulster Senior League Player of the Year this season.
Speaking to Finnharps.ie, Rainey is excited to test himself at League of Ireland level; “I just want to compete at the highest level I can. There’s only 5 teams in the Ulster Senior League and not to take anything away from them, but I want to challenge myself against the best players in the country.
"I’m a Harps fan so it's exciting to be part of the club. I was always going to games when I was younger, Mickey Funston is a neighbour of mine and so myself and my Father would have travelled to games with Mickey’s dad.”
His relationship with Manager Ollie Horgan dates back to his schoolboy days: “I’ve known Ollie for years now. We won two All-Irelands during my time at school and I know what he expects from players and he knows what I’m capable of.”
Speaking after the signing, Horgan told club media: “Yeah I have known Ryan a few years now at this stage. He was unlucky with Wolves that injuries probably prevented him from making a breakthrough but he’s been enjoying his football at Bonagee and hopefully will be ready to kick on now in January once we get going.”