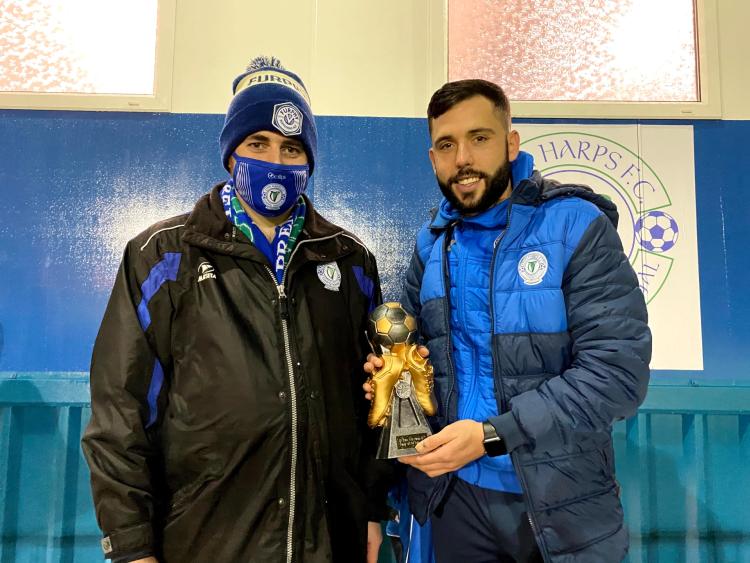 There's an early Christmas treat for Finn Harps supporters this morning with the news that David Webster has re-signed ahead of the 2021 season.

For many Harps fans, Webster was one of the best additions to the panel ahead of the 2020 campaign. Indeed he was was voted Player of the Season by both the 54 Crew Supporter’s Club and the Dublin Supporter’s Club.

He joined from St. Patrick's Athletic ahead of last season and was a key member of Ollie Horgan's defence - lining out in a right wing back position, which was a new role for a player who normally features at centre half.

The defender appeared 19 times in all competitions in 2020, scoring one goal and contributing three assists.

The Dubliner, formerly of Bray Wanderers, Shamrock Rovers, Waterford and St. Pats played a huge role in the club’s best finish in 20 years.

Webster felt there was unfinished business at Finn Park: “ We ended the season very positively, and there was a feeling there that we could probably improve. It definitely left a bit of a lasting impression on me that there was real potential there to kick on.

"After the season ended, Ollie told me his plans of hoping to keep most of the group together and add a couple new faces and I’m excited to be part of that.

"I really enjoyed my time at the club. Not only the lads and the coaching staff, but everyone in the office and the work going on behind the scenes, they’re a credit to themselves and the club.

"You could say there’s a bit of unfinished business after the good run to end the season but the bottom line is that I loved it and can’t wait to get going again now in the new year.”

Harps boss Ollie Horgan added: “David has a lot of experience and was a big leader in that dressing room last season. He bought in right from the word go and we’ll need that again if we’re to kick on up the table.”