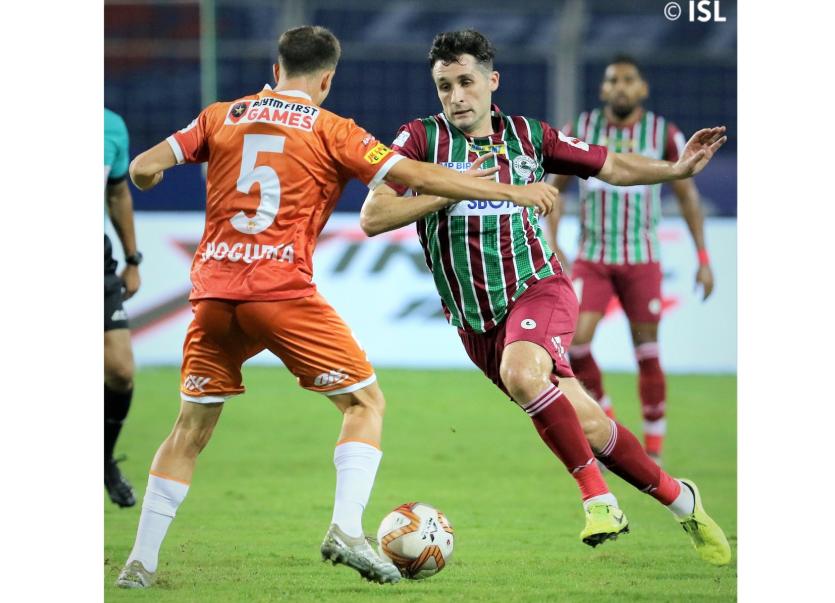 Carl McHugh in action for ATK against Goa FC

Donegal's Carl McHugh was central to ATK Mohun Bagan regaining their place at the top of the Indian Super League as they ran out 1-0 winners against FC Goa.
Again it took a late goal from their goal scoring machine Roy Krishna to get them over the line. The centre-forward netted from the penalty spot.
The win is the fourth of the season for ATK who are joint top with Mumbai City FC on 13 points after six games.
The Hero of the Match award was awarded to the Leitermacaward man for another impressive midfield display for the winners.
It has been a great start to the season for McHugh as this was his second Hero of the Match award.
ATK team: Arindam Bhattacharja (GK), Sandesh Jhingan, Subhasish Bose, Pritam Kotal (C), Tiri, Jayesh Rane, Pronay Halder, Carl McHugh, Manvir Singh, David Williams, Roy Krishna.