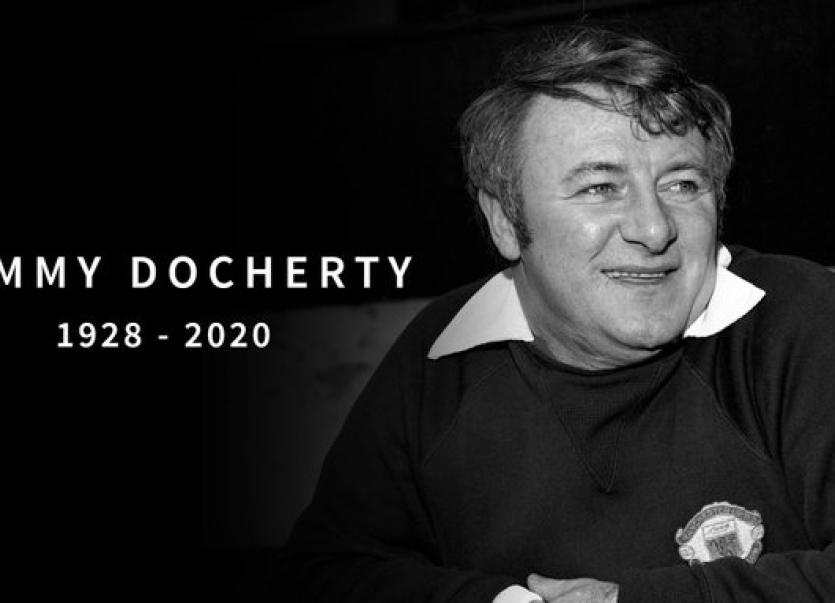 Former Manchester United manager Tommy Docherty, who died today at the age of 92, was a close colleague of Pat Crerard, the former United player who has strong Donegal links.

Crerand became the assistant manager to Tommy Docherty in December 1972.

Docherty died following a long illness, his family have announced in a statement.

Known as ‘The Doc’, he spent nine years as a player with Preston, and won 25 caps for Scotland.

He went on to manage 12 clubs – including Chelsea, Aston Villa and Derby – as well as a stint in charge of Scotland.

His zenith came in May 1977, when he led the Reds to the first major post-Busby trophy, by overseeing a pulsating 2-1 triumph over domestic and soon-to-be European champions Liverpool in the FA Cup final.

Crerand has been among those to pay tribute to Docherty.

Crerard’s father, Michael Crerand, hailed from Newtownstewart, County Tyrone and his mother, Sarah 'Tim' Boyle was from Gweedore, County Donegal, where he spent much of his childhood.