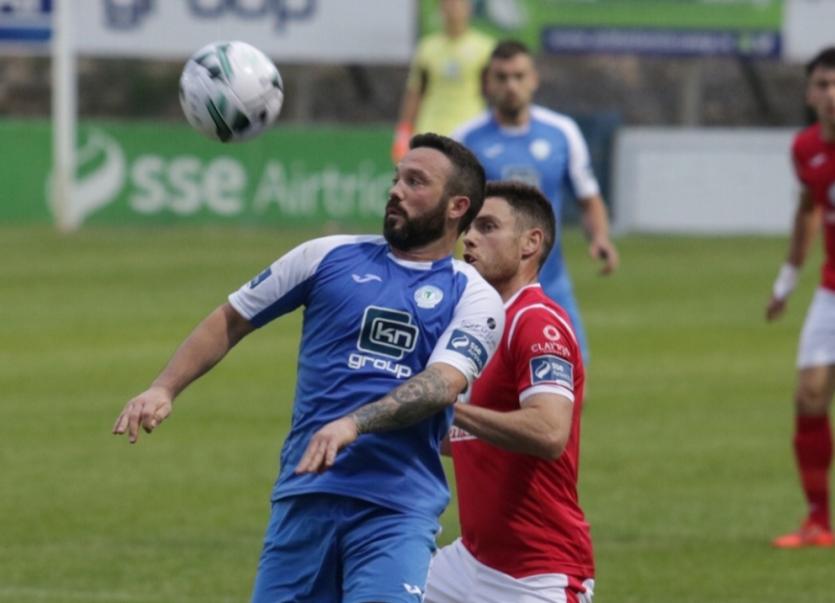 Raff Cretaro . . . has announced his retirement

There will be no return to Finn Park for fans favourite Raff Cretaro as the Sligo man has announced his retirement from football.
After a fantastic career with Sligo Rovers, he has enjoyed a few great seasons with Finn Harps in recent times.
Speaking before Christmas, Harps manager Ollie Horgan did not rule out a return for the 2021 season for the Tubbercurry man, but that will not now happen with the retirement announcement by Cretaro.
Known as the Tubbercurry Tornado, he will be best remembered as a footballer for his 17 seasons at Sligo Rovers, scoring 86 goals in 531 matches for the Bit O’Red.
He first joined the Showgrounds outfit in 2000, going on to win the league title and two FAI Cups during his time there, while also having short stints with Bohemians and Galway United.
Announcing the news today, Cretaro tweeted: “Don’t cry because it’s over, smile because it happened, football owes me nothing, I owe it everything. A simple Go raibh maith agat.”