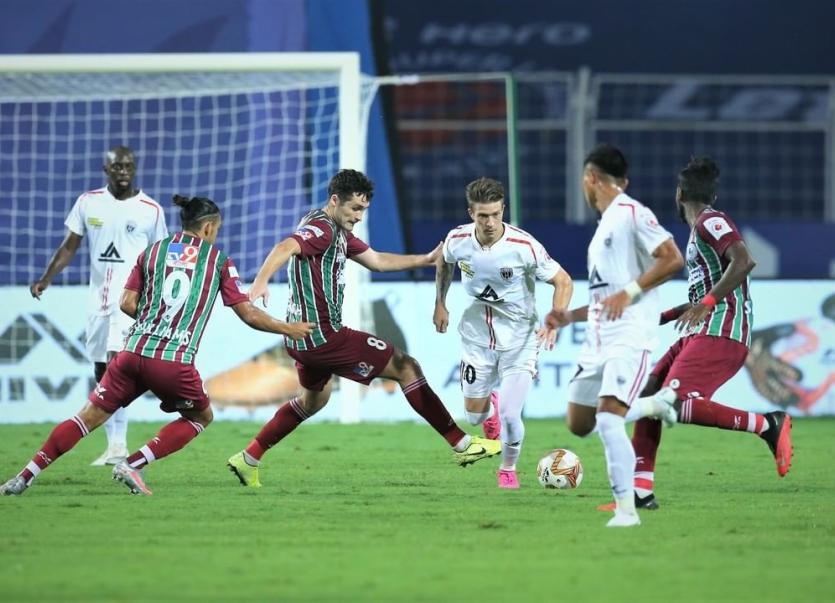 Carl McHugh in the thick of the action

It was win number six for Carl McHugh and ATK Mohun Bagan this afternoon as they went back to the top of the Indian Super League with a 2-0 win over NorthEast United FC.
The three points means they go a point clear of Mumbai City FC with 20 points from their nine games. Mumbai City have 19 points from eight games. These two teams have been dominating at the top of the league for the last few weeks.
Donegal's Carl McHugh again played a prominent part in the win at the heart of midfield. He picked up a yellow card in the first half but also had two goal chances, both headers. His first came in the opening half which he headed over while in the second half his effort was headed into the ground and bounced over.
Once again Roy Krishna was a goalscorer for the winners. He opened the scoring in the 51st minute while the second goal was an og some seven minutes later.
ATK Mohun Bagan team:
Arindam Bhattacharja (GK/C), Sandesh Jhingan, Subhasish Bose, Pritam Kotal, Prabir Das, Tiri, Carl McHugh, Edu Garcia, Sahil Sheikh, David Williams, Roy Krishna.