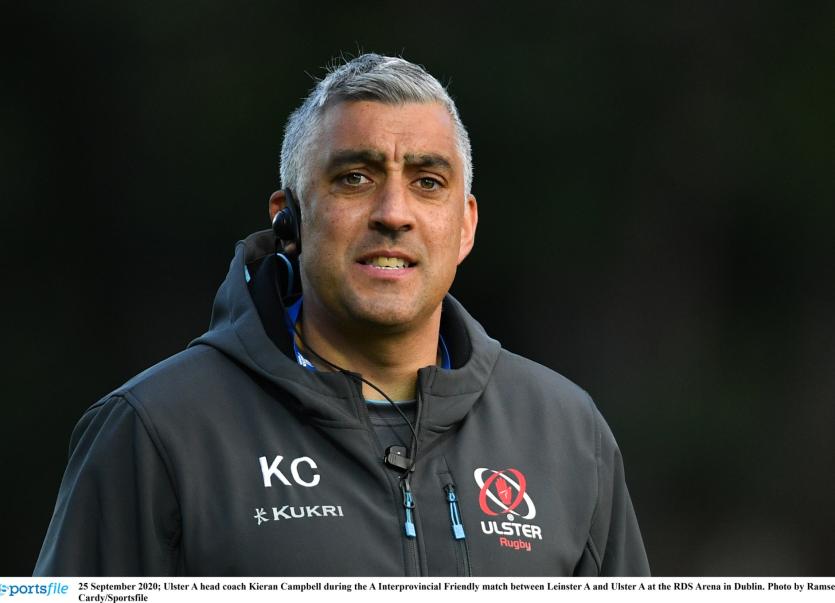 Kieran Campbell, named Ireland's U-20 manager, has strong Donegal connections.
The former Ulster, London Irish and Irish scrum half takes over at the helm from Noel McNamara for the 2021 season.
Kieran made over 100 appearances for Ulster and was capped three times by Ireland. His dad, Tom, is an Ardara native.
Campbell, the Ulster Academy Manager, had been Assistant Coach under McNamara for the last three seasons, including the memorable 2019 Grand Slam-winning campaign, and brings a wealth of experience to the role. He will be assisted by Forwards Coach Colm Tucker and former Ireland international Denis Leamy, who joins the set-up as Defence Coach.
His team, however, will not be involved as normal alongside the Six Nations as the U-20 competition has been put on hold because of Covid-19.
"The postponement of the Six Nations is disappointing for the players, coaches and management, however the most important thing is people's health and we fully understand and support the decision," Campbell commented today. "We must all follow public health advice and the guidelines in place to protect our families and communities.
"The IRFU will explore the options and formats for the Championship to take place at a later date with Six Nations and the other Unions and we've been fortunate to have delivered one camp before Christmas. We were able to build a foundation of work through that camp and through remote video calls with the players in recent weeks.
"With this body of work completed and our commitment to exposing players to competitive game-time within the current restrictions - including the 'A' fixture between Ulster and Leinster this Friday - players, coaches and management will be striving to ensure the group is prepared to perform for the 2021 Championship at a later date."