Minister forced to cancel planned visit because of Covid-19 restrictions 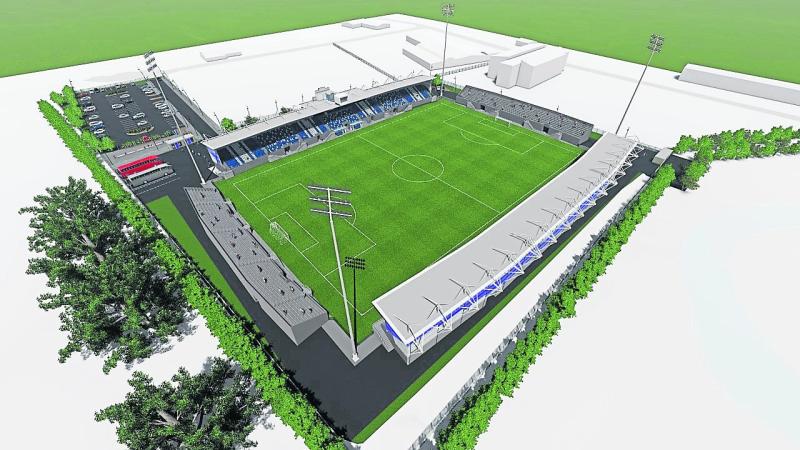 Plans by a junior government minister to visit the site of Finn Harps’ planned new stadium earlier this month had to be postponed due to the worsening Covid-19 pandemic, the Democrat can reveal.
But the fact that he had intended to visit the site in Stranorlar reflects the fact that the club - with FAI backing - is continuing to put the pressure on in a bid to get the go-ahead for construction work to resume.
According to Harps director Paul McLoone, who has been a key figure in driving the plans, the project is still very much alive.
McLoone pointed out that despite the strain on public finances due to the Covid-19 pandemic, “the money earmarked for capital projects is still projected.”
Speaking to the Democrat, he confirmed that a planned visit to the site in Stranorlar by the Minister of State for Gaeltacht Affairs and Sport Jack Chambers was scheduled to take place on January 7, but had to be postponed due to the Covid-19 pandemic.
The club is hoping that it can be rescheduled and possibly done online.
Indeed, it has now emerged that the club previously had an online meeting with Minister Chambers and a number of key department figures back in October. 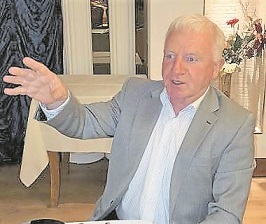 The club continues to press on the issue, and support for the project has come from the FAI’s new chief executive Jonathan Hill, who has been in contact with the club.
Sport Ireland boss John Treacy has also given his backing for the development of the “Donegal Stadium”.
Last year, Harps supplied extensive documentation to the Department’s Strategic Research and Analysis Division (SRAD) - but the green light to release major funding is still awaited.
Sources close to the project - costed in the region of €6.5 million - suggest that the state may provide 70% of the cost. The remainder would largely be funded through Harps. 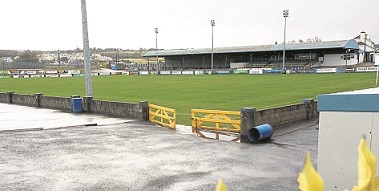 A move away from antiquated Finn Park to a new stadium would be a massive boost for Finn Harps
PICTURE: THOMAS GALLAGHER

McLoone paid tribute to the public representatives that have rowed in behind the club and there is a united belief that the stadium would not only have a major impact on Harps and senior soccer, but there would be a spin-off for underage soccer.
The Harps stadium project has been bumping along since planning approval came way back in 2007.
Countless delays followed, not helped by the Celtic Tiger collapse, legal issues, and a mountain of bureaucracy.
McLoone has always insisted that the Donegal Stadium “fits all the criteria.”
Under the latest plans, phase one would see the completion of the main stand with 1,900 seats, changing rooms and offices, the laying of a new pitch and the installation of floodlights.
The club has also signed a deal to lease adjoining land, and will develop three more pitches.
The second phase will see a stand being built with 1,700 seats, and this will be followed by the development of terracing for 900 spectators at either end. The total capacity will be 5,400, down from the original planned 6,600 capacity.
The club sees the new stadium as a catalyst to propel it into a new era. Aside from first-team affairs, the club has set up an academy, and has teams in the FAI’s national underage leagues.
The club’s schools programme has involved 6,800 boys and girls playing football.