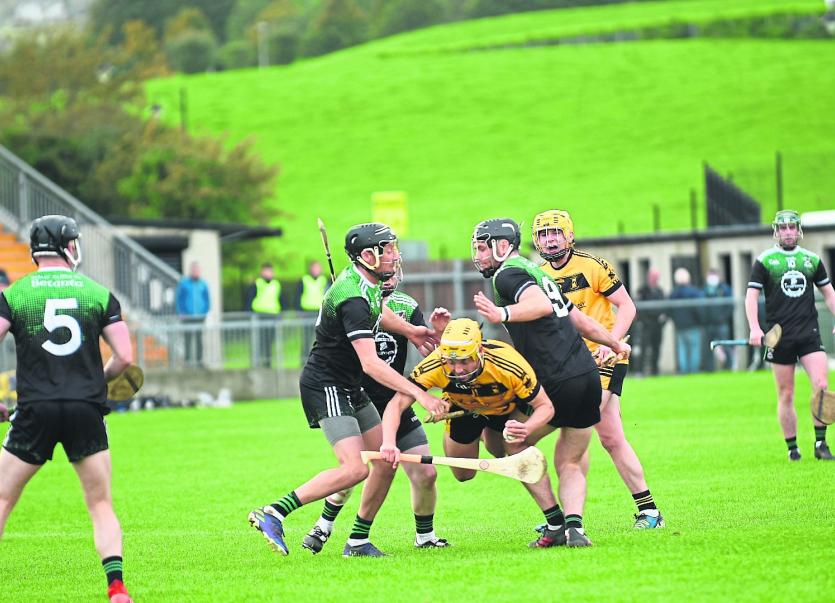 After one of the county’s best seasons ever Donegal are due to step up another notch when the 2021 Allianz National Hurling League gets up and running.
Division 3A champions and Nickey Rackard Championship winners in 2020, Donegal are all set for a return to Division 2B in the League.
It will be their third season in 2B in the last five years. Donegal played in the higher division for the first time in 2015, after years of soldiering in the lower reaches of Division 3B and Division Four.
In the Nickey Rackard final, they defeated a fancied Mayo. It was also a third Nickey Rackard success for the county.
Heady days compared to when Danny Cullen, a member of the current team, first wore the green and gold at senior level.
“It is a big change indeed,” said the versatile Setanta clubman, who scored three points in December's 3-18 to 0-21 win over Mayo.
Danny was also on board when Donegal defeated Roscommon in 2013 to win the coveted trophy for the first time, and again in 2018 when they conquered Warwickshire, to claim a second title.
“The win over Mayo was probably the sweetest of them all. Mayo were highly fancied and have been playing at a higher level in both the league and the championship for a number of years.

“It was a brilliant end to what has been a trying year with Covid-19 and all that goes with. We had won the league just before the lockdown in March. We beat Armagh in Carrickmore and the next week the lockdown came into force.
“It was the culmination of a lot of hard work and a number of years of steady progress and a big change from when I came into the panel first.”
After standing out at underage right up through the age groups with both the club and county Danny was drafted into the county senior squad in 2004. Denis Murphy was the manager, a Wexford native domiciled in Letterkenny, who did a power of work promoting hurling in the St Eunan’s club.
“I was 16, in my first season. We were playing in Division 3B at the time against the likes of Tyrone, Monaghan, Fermanagh, Sligo and Longford.
“The Nickey Rackard, the Christy Ring competitions were not in place at the time. They were introduced the following year and the Lory Meagher Cup for Division Four teams was introduced in 2008.
“We played in the Ulster Junior championship against the likes of South Down, that was a Down side without the players from the Ards peninsula. The standard was not very high.”
Darren McDermott, after a stellar playing career with Donegal, took over from Denis Murphy and managed Donegal in 2005.
McDermott, due to work commitments, handed on the baton to Eamon Campbell, a club colleague of Danny’s. Eamon was from Antrim stock and was steeped in hurling in the Glens. Donegal had also reached a Nickey Rackard final in Eamon’s first season, but were no match for Derry in the final.
Eamon Campbell remained in the job for five seasons and brought stability and despite losing two Lory Meagher Cup finals in-a-row, Donegal had progressed and the curve was upward.
Then another former star, Andrew Wallace, took over the manager’s bib and guided Donegal to the county’s first big breakthrough in modern times.
Donegal under Wallace’s stewardship pipped Tyrone in a dramatic final on Croke Park’s hallowed sod. Danny Cullen missed the Lory Meagher success. He was down under in Australia, in a year out.
When he returned the following year Ardal McDermott had taken on the role of player manager for a season. Ray Durack, another former county man and All-Ireland Vocational Schools’ winner with his native Galway, took up the challenge in 2013 and masterminded that first Nickey Rackard Cup triumph.