The day Donegal were thrown out of Croke Park 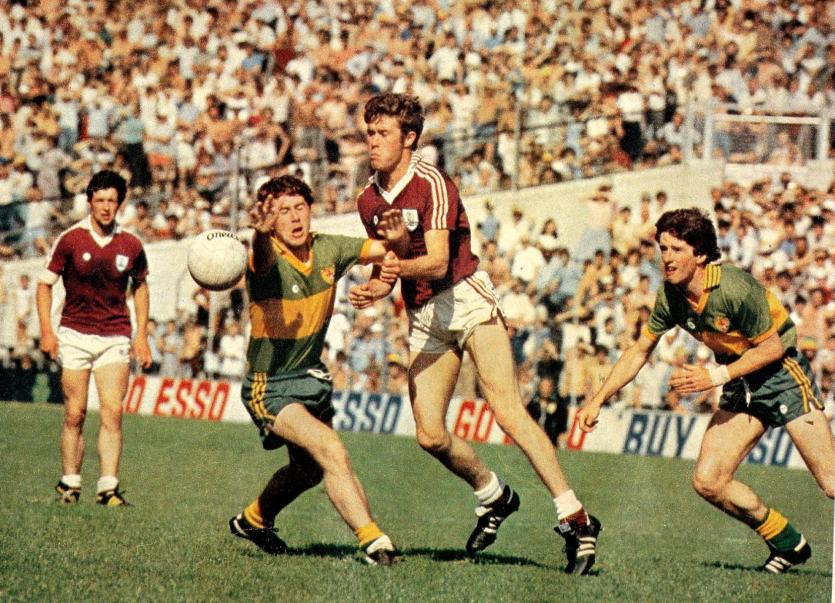 Plans to hold a training session on the Croke Park pitch ten days prior to Donegal’s All-Ireland semi-final meeting with Galway back in 1983 were cut short when the squad were ordered off the pitch by a high-ranking GAA official.
And it has emerged that as a consequence, none of the substitutes were allowed to warm up with the starting 15 prior to throw-in on the day of the game.
Details of the incidents are included in a letter to the Democrat written by Padraig Carr who came on as a late substitute for Donegal in that narrow defeat to Galway almost 38 years ago.
Carr was responding to a recent Mac’s View article in the Democrat in which columnist and former Donegal manager, Brian McEniff offered some of his memories from that league and championship campaign.
In his letter, Carr recalled thinking back to the ‘83 semi-final as he prepared to watch Donegal take on Dublin in the semi-final of 2014.
“I thought what would Jim Gavin or Jim Mc Guinness have done if they were told that only the first 15 players were allowed to kick a ball in Croke Park and the rest of the panel had to go directly to the dugout,” he said.
“Well, that’s what happened to Donegal in the 1983 All Ireland semi-final against Galway.
“As we prepared to leave the dressing room and as our manager Brian Mc Eniff was giving his final motivational instructions he finished with: “Only the first 15 are allowed on to Croke Park. All the subs must go directly to the dugout and stay there.”

O'Reilly
The Naomh Columba clubman goes on to tell how one of the other substitutes, Seamus O’Reilly (RIP), insisted on going against his manager’s direction and joined the rest of the players in the warm-up.
Carr, who had started in the Ulster Final win over Cavan just weeks earlier, was first substitute. He said he didn’t want to damage his chances of getting on, so he went straight to the dugout.
Television coverage of the ‘83 final clearly shows the entire Galway squad out on the pitch before throw-in. They were also included in the official team photograph.
But it was all very different in the opposition camp.
In what must have been a bizarre exchange between the subs and their manager, Carr reveals how the Donegal players on the bench confronted McEniff before the match began.
McEniff said it was a directive from Croke Park.
The former player also tells of how the then Director General of the GAA Liam Mulvihill had ordered the squad to leave the pitch at Croke Park when the Donegal squad gathered for a ‘behind closed doors’ training session in the lead-up to the semi-final. 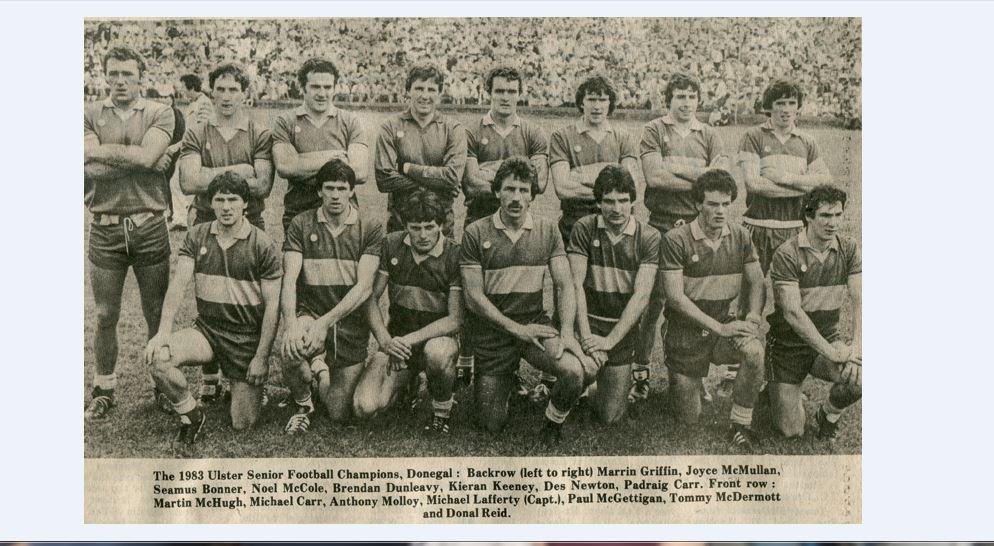 Carr, in his letter, reveals how beforehand, the players had been warned not to tell anyone about the training session.
The squad had travelled in six separate cars, met up at a planned location in Dublin, and drove together to Croke Park.
However, barely 15 minutes into their session, they were ordered off the pitch by Mr. Mulvihill.
It's understood GAA officials had allowed Donegal to take a run on Croke Park in preparation for their semi-final appearance - but not to organise a full training session.
Donegal would lose out to Galway by a point, 1-12 to 1-11, with Carr coming on as a late substitute. In his letter, he talks of his regret at not shooting for goal in the dying moments, instead passing to Tommy McDermott who scored a point.
And in contrast to McEniff who in his column felt Donegal would have been no match for Dublin in the final, Carr feels differently.
“It was a very poor final and I’d like to think had we progressed we would have beaten Dublin, especially if we, like Galway, had an extra player never mind two.”