Rugby and football transformed by moments of madness 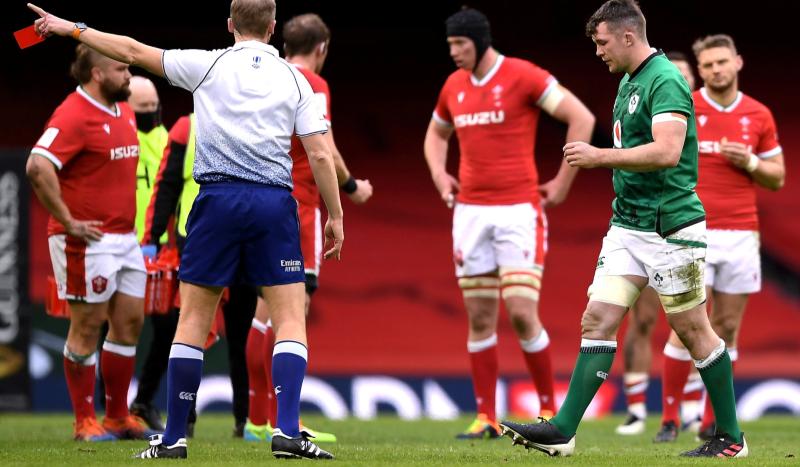 The ongoing ban on spectators means that we are becoming a nation of couch potatoes, but in what was a great weekend of sport on television some players seemed to suffer real moments of madness which left their team mates fighting uphill battles as a result of indiscipline and lack of concentration.

The Irish Rugby team played with unbelievable courage after Peter O Mahony, their flanker, was sent off in the ninth minute for a very dangerous challenge on a Welsh player who was lying defenceless in a ruck.

It was a senseless act which deserved a red card and no doubt cost Ireland victory. In the pre match huddle O Mahony addressed his fellow Irish forwards and he seemed quite animated even before the kick off, but to Ireland's credit they had a real go and the statistics after the game showed that Ireland won 61% possession which was a clear indication of the heart and desire that Andy Farrell's team played with.

This was a very physical game of rugby and once again the Irish manager was quoted after the game as saying that “the Irish dressing room was like a battlefield”.

This is a major cause for concern because apart from O’Mahony’s tackle this was not a dirty game, physical yes but dirty no.

In all five players had to leave the pitch for concussion examinations.
Robbie Henshaw, Jonny Sexton, and James Ryan were the Irish players while Wales lost Johnny Williams and Hallan Amos also for possible concussion.

Only last week it was announced that Ireland’s number eight Caelan Doris was released from the Irish camp and is going to Birmingham this week to see a neurologist for his ongoing issues around concussion.

Doris made his International debut against Scotland last year and after only four minutes of that game he was concussed.

The number of Head Injury Assessments in modern day Rugby is growing week by week and the concern in the medical profession between concussion and the onset of Alzheimers is now a real issue.

The group of retired rugby players who have registered their concerns about neural damage caused by head impact during their careers has now reached 150.

Brain trauma is now an issue which rugby can no longer ignore as the statistics are growing match by match.

The Boston Brain Bank is the world leader in scientific research into the long term threat of contact sports and this week Dr. Ann Mc Kee, who runs that institute, said that rugby is another sport waiting to explode.

Worrying times for everybody involved in modern day Rugby.

Key game
In soccer, the game of the weekend featured Manchester City and Liverpool and after a pedestrian goalless first half in which City missed a penalty few would have expected the second 45 minutes to deliver five goals.

Unfortunately for Liverpool City scored four of those goals and effectively put an end to Liverpool’s ambition to hold on to their league title. It was the Liverpool goalkeeper Alisson, returning to the team after illness, who was the real villain as far as his team was concerned.

Considered the best distributor of the ball in English soccer, the Brazilian made two glaring errors with his distribution resulting in two goals, in a three minute period which defined the outcome of this encounter.

City, with the home grown Phil Foden, playing with the optimism and fearlessness of youth and showing the full extent of his remarkable skills, look at this stage of the season as if they are almost past the post, and it is difficult to see any team catch them if they continue to play such quality football.

Manchester United continue to leak goals. In a defence that looks uncertain game after game it is difficult to understand why they decided to sell Johnny Evans, the Northern Ireland centre half who is having yet another impressive season with Leicester City. There is no better central defender at Old Trafford than Evans, while United also have a tough call to make when it comes to who should be wearing their number one jersey.

Alan Kane
Talking about goalkeepers I would like to send very best wishes to my old pal and former Donegal “Keeper” Alan Kane who was Donegal’s net minder when the county won their first Ulster title.
Alan was dependable and consistent and never let the side down. He has spent some time in Sligo University Hospital in recent days, with a setback that is thankfully not covet related. I am delighted to hear that he is doing well and will be back on the Bundoran Road very very soon. 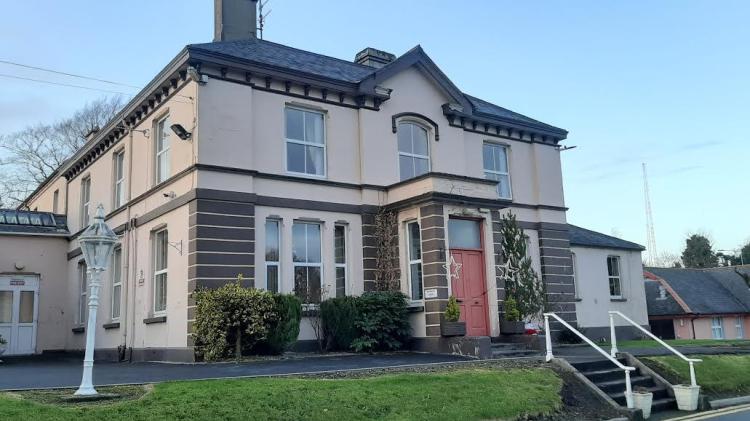 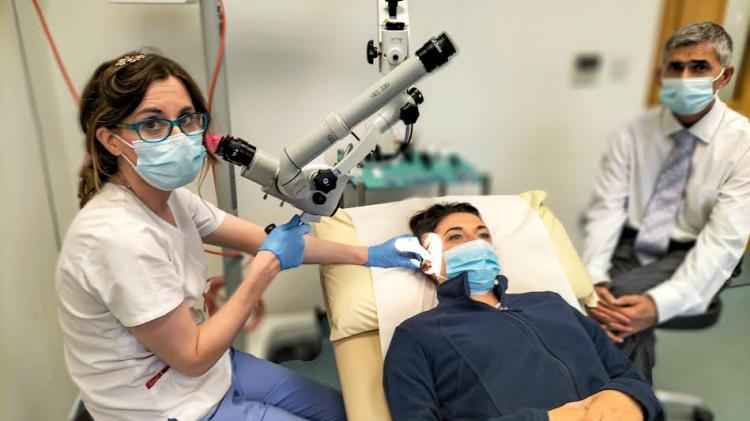