How the Donegal manager 'spent £600' on behalf of the county board! 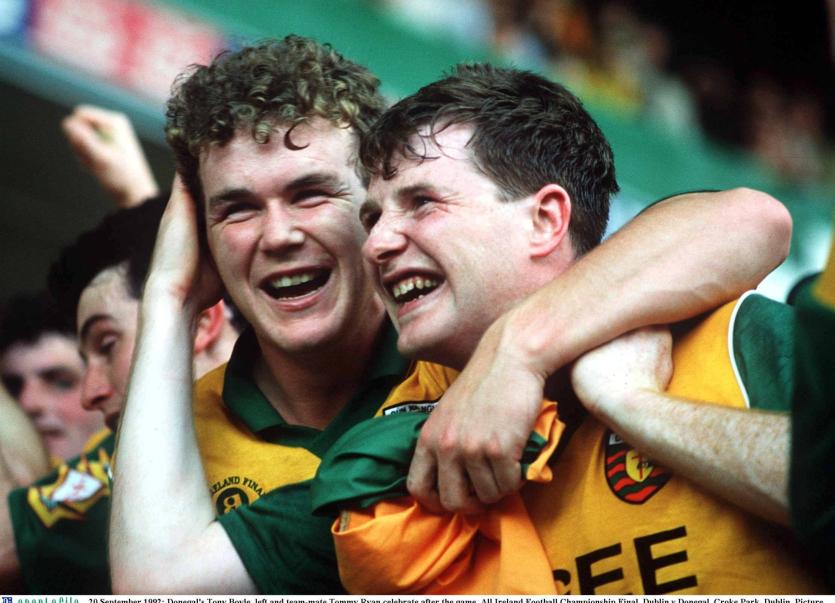 After our win over Mayo in the semi-final, the preparations for the All-Ireland final got underway almost immediately.
I remember speaking to John O’Mahony who was the manager of Mayo when they lost out to Cork in the final in 1989. It was good to get John’s thoughts on what we should be doing as a team to prepare ourselves for a first ever All-Ireland final appearance.
I spoke with a good friend of mine, Art McRory, too. We had worked together on Railway Cup teams with Ulster and his knowledge of the game was incredible.
One of the pieces of advice that I passed on to the players was that they weren’t to be reading any newspapers ahead of the game. They could put them away and read them afterwards if they wanted.
There was so much hype around the players and the squad. We did a press night in Ballybofey on a Tuesday night, but after that, the players had to get their minds focussed. 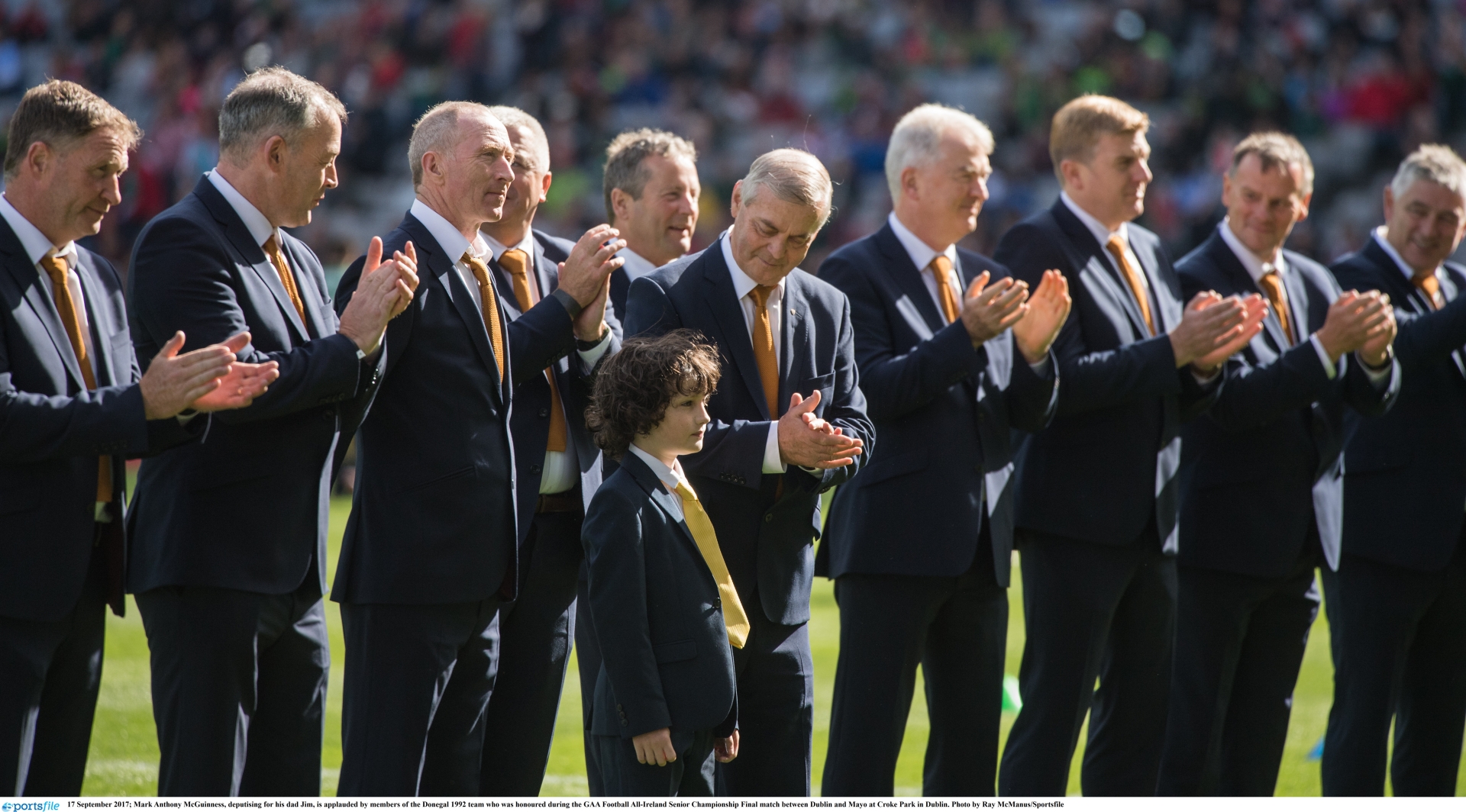 Mark Anthony McGuinness, deputising for his dad Jim, is applauded by members of the Donegal 1992 team who were honoured during the GAA Football All-Ireland Senior Championship Final between Dublin and Mayo in September 2017
PICTURE: Ray McManus/Sportsfile

We took them down to Kilcar and I remember the players were told that if there was to be any more chat about the game, we wanted all the focus to be on Dublin. We wanted to stay under the radar.
We trained well after that, and mentally, I felt we were well prepared.

Prepared
In fact, the day before the match, as I was heading out of my house in Bundoran, I remember my wife Cautie asking me if we were prepared for what would happen if we lost.
I turned to her and said ‘We’re not going to be beaten’.
Of course, we were to be dealt a massive blow on the Sunday morning when Martin Shovlin was ruled out of the game.
He’d hurt his shoulder in an in-house practice match. Myself, Martin and our doctor, Austin O’Kennedy got together in the grounds of our hotel in Dublin to see how he was. Austin was kicking ball at Martin. I had my boots on. There was dew on the grass and I got the ball off Austin and kicked the ball to the side where Martin was hurt. He got down for the ball but struggled to get back up.
He said: ‘Old man, I can’t get up’.
There were tears in his eyes. He knew he couldn’t start.

If ever there was a player who loved wearing the Donegal jersey it was Martin Shovlin. He’s a very special person and I was gutted that he couldn’t play. I still have one big regret ever since - that I didn’t include him in the official team photograph. Even if that meant having 16 players there, he should have been included.

John Joe Doherty
There was a choice to be made to see who would come into the team. You had players like Paul Carr and John Cunningham, but I’d watched John Joe Doherty playing for his club Naomh Columba against Dungloe in Glenties a short time beforehand and he played so well that evening.
I didn’t want to change my full-back line, so John Joe came in at left half-back.
John Joe was a fine player, and he gave an outstanding contribution in that final. He’d win an All-Star the following year.
Before the game, the lads went out to watch the minor final. I stayed in the dressing room and I was getting things ready when Michael Gillespie came in with the news that Joyce McMullin’s brother had died. I knew Joyce’s brother Gerard had not been well, and this was devastating news.
I didn’t know what I should do. Should I tell Joyce the news? I decided not to. I felt Gerard would not have wanted his brother to miss playing in an All-Ireland final.
I remember by the time the players came back, I was walking up and down the dressing room. Matt Gallagher must have sensed something was wrong cause he asked me if all was okay.
We said nothing and got the lads out on the pitch.

Anthony Molloy leads out Donegal on the pre-match parade

Before I went out myself, I went into the Armagh minor team dressing room. They’d been caught by a late goal in the minor final and I offered a few words of consolation.
We were nervous, and once the game got going, we kicked a couple of early wides. In contrast Dublin were able to knock over two early points. James McHugh hit the crossbar but Martin McHugh converted from the rebound and we were up and running.
The big moment of the first half was the Charlie Redmond penalty. It was a controversial decision but thankfully Charlie put it wide. I think had his shot been on target Gary Walsh would have saved it anyway. Gary had gone the right way.
It really was a thrilling first half. Manus hit a late point in the half, his third in that first half, and Martin McHugh kicked the last score of the half to leave us three up at the break, 0-10 to 0-7.
Both players kicked some vital scores in the second half and with around ten minutes to go, we were leading by six, 0-15 to 0-9.
But then Dublin hit three quick points in a row and suddenly it was back to three.
I remember turning to our county chairman, Naul McCole, and said I was going to spend £300. I needed to get a couple of messages onto the players because I could see the game slipping away from us.
It was a £300 fine for going on to the pitch. I ran out across the middle and got a message to Martin McHugh. I said, ‘wee man, you need to stay up’. He’d been drifting back out the field, and taking his marker with him.
But the time I reached the far side, I decided to spend another £300. I came back across the middle and had a quick word with Anthony Molloy. As my mother would say, I gave him some soldier’s talk. I remember Martin Gavigan looking at me to see what was going on.
We’d be later fined £600, but I think it was worth it.
We needed a score and thankfully Manus scored another point to put us 0-16 to 0-12 up and while Dublin responded again, Manus kicked a point from play and we’re 0-17 to 0-13 ahead.
We were brilliant in those dying minutes. Dublin got what proved to be their final score to get back to within three again, but we saw the game out - Bonner knocking over that brilliant point to make it 0-18 to 0-14.
The referee Tommy Sugrue blew for full-time and Martin McHugh wrestled the ball from his hands. He’d the match ball and we’d our first ever All-Ireland title.
The scenes immediately after the final whistle will live long in the memory. There were tears among the supporters.
By the time we got back into the dressing room, we got Bishop Hegarty and Fr Brian Quinn in to see what we’d say to Joyce. We gathered in the showers area and told Joyce the news.
Four of the players agreed that they’d go back up the road with Joyce to Donegal. For those staying in Dublin, our celebrations were to be low key.
But then a sister of Joyce’s came into the dressing room to tell us that Gerard hadn’t died. I left the dressing room and bolted up the Hogan Stand, up to the press area. I went to Highland Radio’s commentary booth and got on the phone to Joyce’s home. I knew the number off by heart - I still do to this day.
I spoke to Joyce’s mother, and I asked her about Gerard. She told me he was sitting beside her. I’ll never forget it.
I phoned my own mother too. She told me Bundoran was at a standstill with crowds out on the streets and cars blowing their horns.
Anthony’s speech that day will never be forgotten. ‘Sam’s for the hills’ - what a brilliant line.
That night the celebrations were in the Grand Hotel in Malahide. Daniel even performed for us.
We’d a great squad of players that year. They were a special bunch of men.
And the backroom team too played their part. Naul McCole was a selector as well as being county chairman. I remember when he was made chairman at that time, he had been looking after the footballs and the gear for us. I said, Naul you’ll have to give that up now that your chairman. But he was happy to keep doing what he was doing.
We had Anthony Harkin too, Michael Gallagher and the late Seamus Bonner. Pauric McShea helped us out as well and I had Sean Ferriter doing a bit of work for me in Dublin.
The following day, we’d leave for home. We’d Sam to bring back to the hills.

Next week: Celebrating a momentous victory 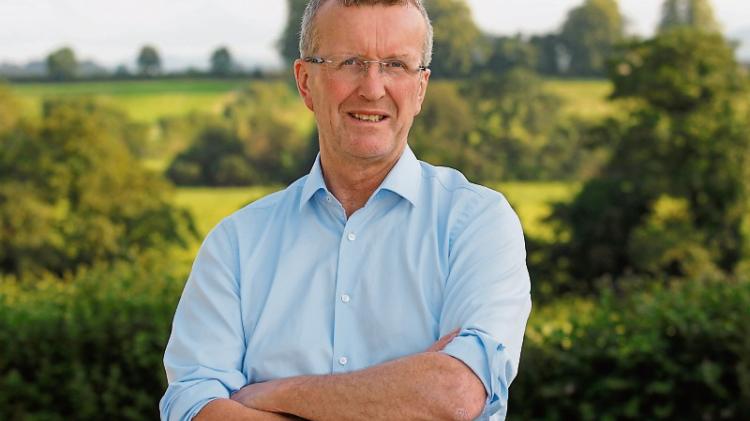 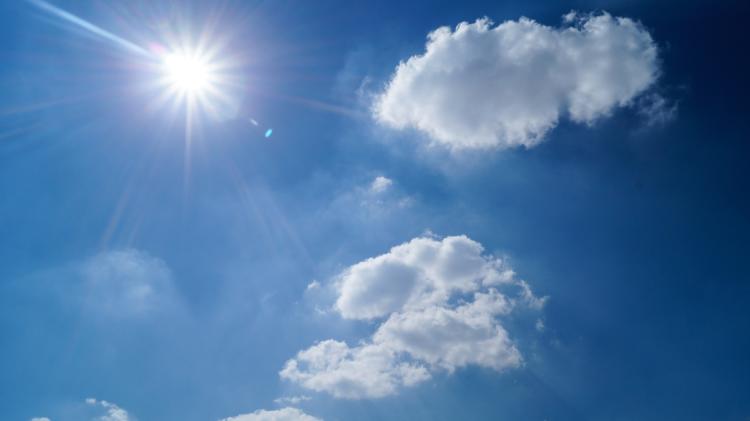