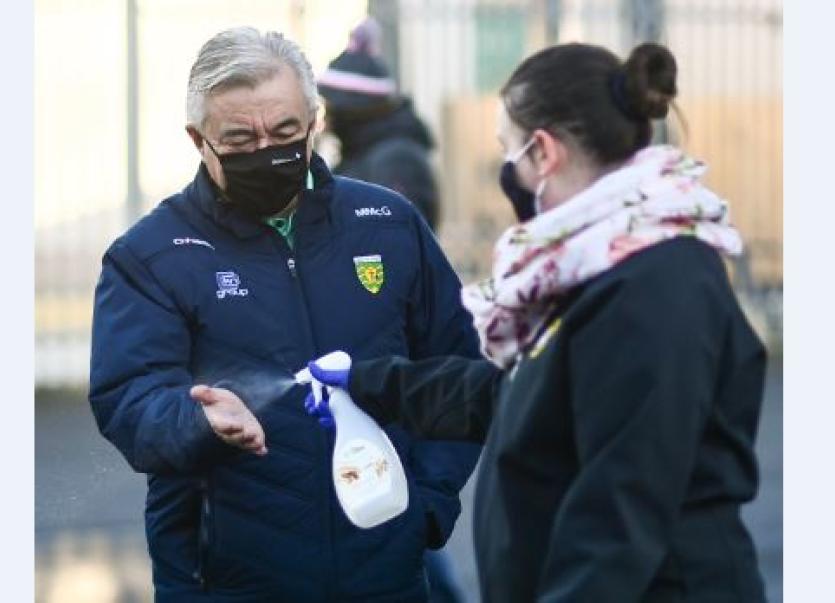 The chairman of the Donegal GAA county board is hoping that the sport will have a much clearer idea of the pathway to a return to play by this time next month.
In the meantime, Mick McGrath is urging GAA players, club members and supporters to show patience and continue to play their part in the reduction of Covid-19 case numbers.
The GAA's Covid-19 Advisory Group is set to meet this week to assess developments from the Government’s latest national roadmap.
The hope within the game is that inter-county activity could begin on 5 April, with a return to non-contact activity for juveniles at that time.
And Mr McGrath is predicting that once we get past St. Patrick’s Day, the GAA will step up its preparations for a return to action from April 5.
“Here in Donegal, the CCC (Competitions Controls Committee which oversees fixtures) has been keeping a very close eye on developments,” he said.

“But in fairness, the Government, the GAA and the GAA’s Covid-19 Advisory Group have been working very well together on this.
“We don’t want to go back to the situation we found ourselves in last year when it was stop, start, stop again.
“I think everything has moved on since then.

HEAVY PRICE
“We paid a heavy price for opening up the country at Christmas time and along with the new variants, things are now very different compared to last year.
“We all need to be patient.

“Of course it’s disappointing and frustrating that we’re not back playing games yet. The schools are back next week which is a very positive step.
“But it’s important that we continue to follow the guidelines and the advice of Nphet. In fairness, Nphet have been correct in almost everything they have been predicting up until now.
“The people who are making the decisions (around GAA) are making the correct decisions.”
With at least four weeks pre-season training required, an early May starting date for the Allianz Leagues is being predicted.
Some media reports have suggested that consideration may be given to shelving the league season, but speaking on RTÉ yesterday, GAA President John Horan insisted the leagues would go ahead.
He noted that in 2020, they actually had a smaller window of opportunity to get competitions played.
Mick McGrath was reluctant to predict when the adult club season would begin in Donegal.
“There’s no point in being self-opinionated in all of this,” he said.
“But I think it’s fair to say that the club season will all depend on what happens at inter-county level.
“I would hope that once we get St. Patrick’s Day out of the way, in and around March 20, we will have a much clearer idea of what’s happening. The pathway for a return to play will be much clearer by that stage.”