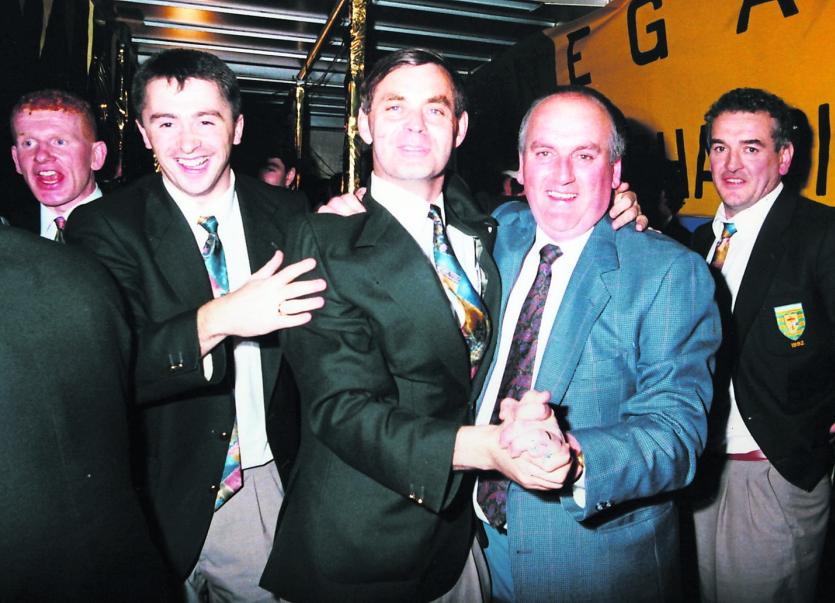 Over the past number of weeks, in his Mac's View column in the Donegal Democrat, Brian McEniff has looked back on some of Donegal's most successful years.

This week, once again, he shares some of his memories from our 1992 triumph - this week recalling how the county famously celebrated that classic win over Dublin

We had a fantastic night of celebration in the Malahide Hotel on the night of the All-Ireland win in 1992. There are so many things that stick out. Manus got the player of the match. The two McHughs and myself did some of the interviews with RTÉ.
I remember at one stage going down stairs and meeting up with John Kerry O’Donnell. He had brought us over to America in ‘74.
What I didn’t realise then was that there were two function rooms and when I went back up to our celebrations, I went into the room where there was a public dance.
Not surprisingly, there were so many people there who wanted to get a chat with me. It was only after a while that I was looking around me and thinking to myself, I don’t see anybody here that I recognise.
It was then I realised I was in the wrong place.
Our celebrations were well underway at that stage. I can remember looking up at the stage where Daniel O’Donnell was entertaining the crowd. I was standing beside Seamus Bonar’s wife, and us singing along to Daniel.

I think it was around two o’clock when I adjourned to my room. I stuck on the TV and would you believe it, they were showing the match again.
Early in the morning, I got a call from Gay Byrne’s team who were looking for me to go his radio programme. I had promised Pat Kenny that I’d go on his show, so I decided to get Anthony Molloy for the Gay Byrne show.
I went to his room and got Anthony sorted. He wasn’t long in his bed, but in fairness, he went on the radio and did his interview. 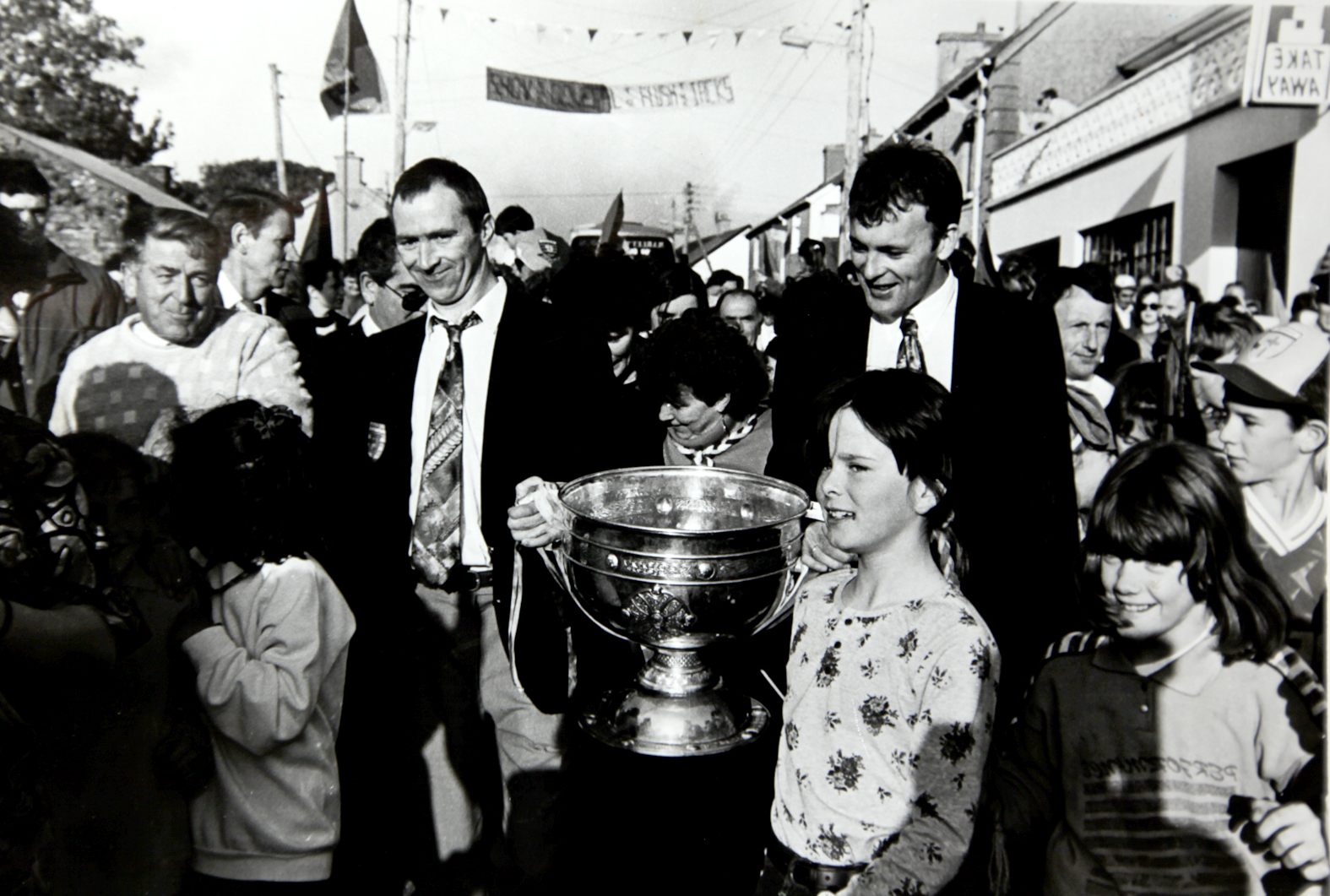 Later on, we got a Garda patrol to the Burlington Hotel where ourselves and the Dublin team had lunch. I don’t think either team were all that bothered to be there. We just wanted to get up the road.
We would travel home by train. The decision had been taken by the County Board, and I’m not sure if I was all that happy about it. I’d have preferred to go home our usual way, but to be fair, had we gone by bus, I don’t think we’d ever have made it home.
At least by train, there would be no stopping.
In fairness, it was probably the right decision, although the crowds along the way seemed to get bigger at each station.
By the time we got to Sligo, I remember there was a massive crowd. We were brought to the Sligo Southern Hotel were there were a few speeches.
We were then taken the rest of the way by bus, crossing the bridge in Leitrim, and we got off the bus and carried Sam into Donegal. It was a wonderful moment.
There were huge crowds in Bundoran. I think there were two bands there to lead the team. Seamus O’Reilly, a former Donegal and Mayo player, was the Sergeant. At the Holyrood Hotel, I spent a special few minutes with my mother.
It was just brilliant, the crowds, the excitement. It was just the start of what was to be a memorable few days.
We went from Bundoran to Ballyshannon. We’d three players on the team from Aodh Ruadh - Brian Murray, Sylvie (Maguire) and Gary Walsh. So you can imagine the excitement in Ballyshannon. They really put on a brilliant show.
By this stage, a few extra passengers had joined us on the bus as we headed to Ballintra. Of course this time it was Matt Gallagher who took centre stage. Poor Matt had lost his father a short time before, and he’d lost his brother too. So it was an emotional moment for Matt. 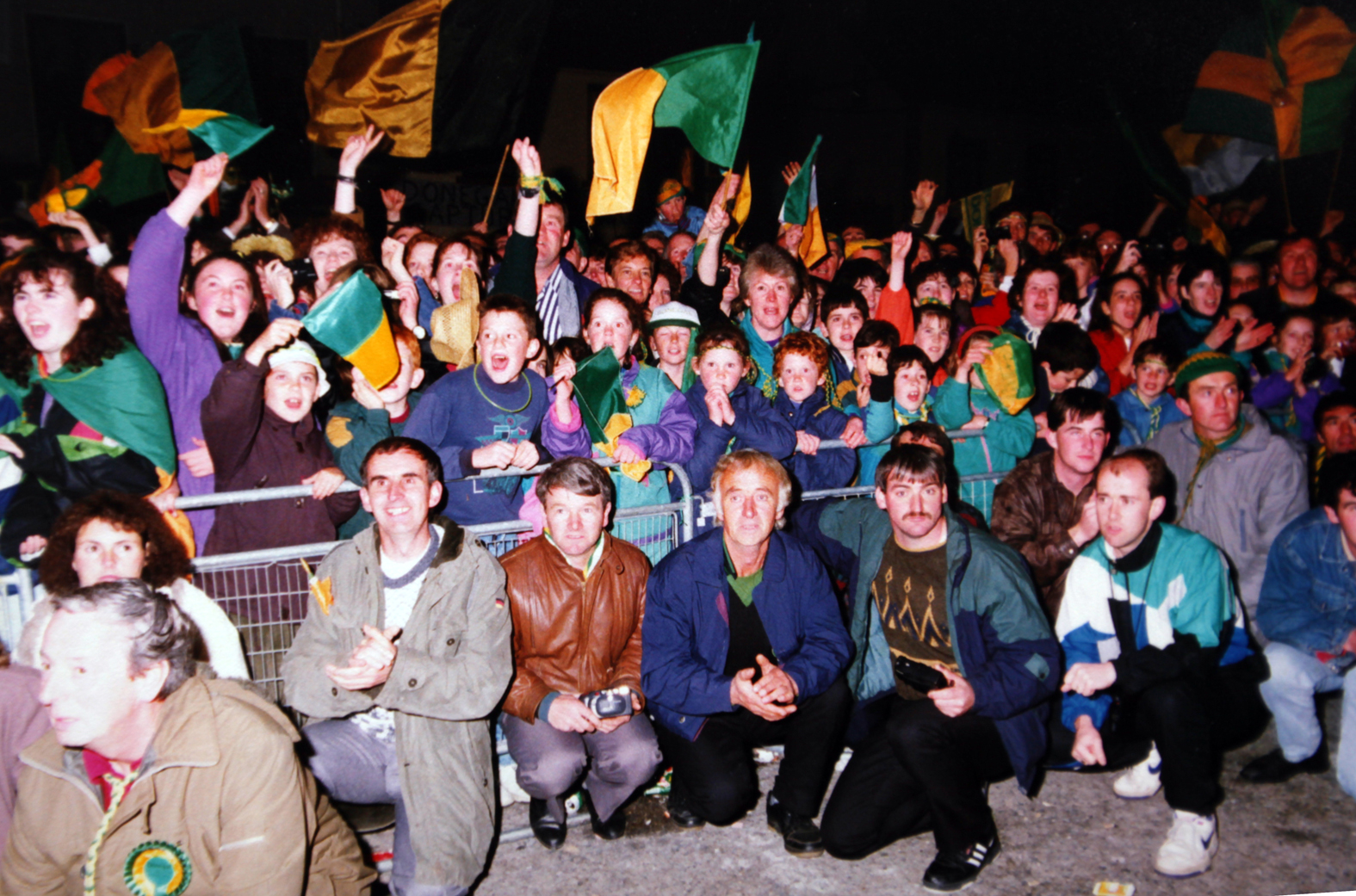 A packed Diamond in Donegal Town

We’d were able to listen to all the coverage on North West Radio and Highland Radio on the bus, so we knew there were big crowds waiting for us in Donegal Town.
But when we arrived in the Diamond that night, oh my God, it was unbelievable. I remember meeting Tom Conaghan and his wife among the crowd. They’d met me before the All-Ireland and given me a scapular for the game.
The turn-out that night was simply amazing. There were people there from all over. I remember looking around me and just taking it all in. The hotels were packed, the pubs were packed.
As a non-drinker, I eventually got to the stage where I decided to sneak away. I met Aidan Carty from Bundoran and I remember asking him to get me home.
We went back to the Holyrood, but what I didn’t expect was that the celebrations were still going on there. It was a brilliant night. I could have stayed up all night, but I knew that the next day was going to be busy again.
It was back to Donegal Town on the Tuesday morning. My brother Sean drove me. I’d to get the lads gathered up and our first stop was to be Pettigo.
When we were heading to Dublin on the Saturday, there was a sign up on the road which declared ‘Ulster Saves Sam’. On Tuesday, it had been replaced with the words ‘Ulster Has Sam’.
The Broad Road from Laghey into Pettigo had bunting all the way. The club there had done a brilliant job and the village itself was heaving by the time we got there.
During the celebrations, I spotted a mini-bus which had some older folk inside. They had remained in the bus so I went and got the cup and brought it on board.
There was a man down at the back of the bus - Willie Rennie. In his younger days, he’d worked in a butchers in Bundoran for his uncle. He played GAA too, and his claim to fame was that he was one of the first to master the ‘jab’ pick-up.
By this stage, he’s lost his voice, and all he could do when I got to him was to shed a few tears. I gave him a hug. It was just lovely. It was the last time I saw him.
From Pettigo it was back towards Donegal Town and onto Mountcharles. There was a brilliant reception there for us and then it was on to Dunkineely.
This was Martin Shovlin’s club and so you can imagine how special that was for him
In Killybegs, the crowds were bigger again. Our squad was blessed with some wonderful talent from Killybegs and the colour and the crowds that were there to greet us was incredible.
After that, we went to Kilcar. Again, the celebrations were brilliant. We went in through to Carrick and to Glen and doubled back into Meenaneary.
Then our journey took us to Ardara. The home of Rambo Gavigan and Molloy. I can still picture the big crowds, the celebrations and Bart Whelan managing affairs.
What a night that would be.

Next week - as the celebrations continue, there’s the small matter of the Goal charity game to be played on the Wednesday night