SPECIAL FEATURE - Donegal Athletics: 'What being a woman in sport means to me'

Some of our top female athletes have their say 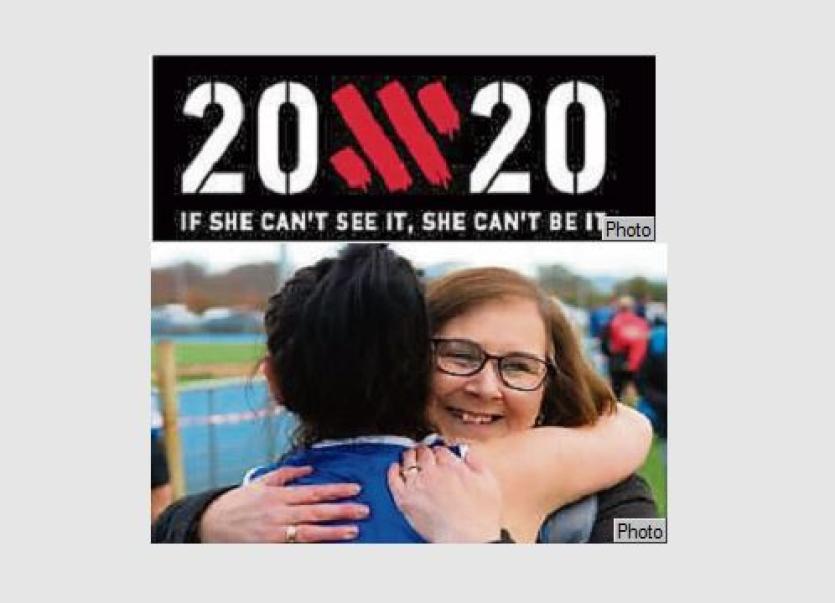 Natasha Kelly gets a hug!

Donegal athletics has recognised the need for increased promotion and supports for their female athletes throughout the county. The 20X20 campaign has had a huge impact on the promotion of women’s sports at the elite level throughout Ireland, but it’s time to focus on regional and club level according to Donegal athletics.
This project is being undertaken by Natasha Kelly, who has been a member of Athletics Ireland “Forerunner” Women In Sport leadership programme, the Donegal Sports Partnership Women In Sport programme and is currently a member of Women In Sport high performance coaching programme in association with Triathlon Ireland, Cycling Ireland and Rowing Ireland and she has also been chosen as a Athletics Ireland Fit4life ambassador.
Natasha, an athlete herself with FinnValley AC and Four Masters Cycling Club, explains:
“I’ve often turned up to events and races and been the only women there, so I just race the men! It can be extremely daunting and intimidating and I can see why it would and does turn women away. There is not enough promotion or emphasis on women’s categories at such events”
Natasha, who works as a schools development officer and also a very active member of FinnValley AC youth coaching team, says from “observing and being in that environment, it's shocking the drop out rate of females”.
This project has already had a huge impact and is warmly welcomed by clubs, coaches and athletes throughout the county. Natasha said the project came about after the Donegal 5km road championships in 2020.
“I read the race report and noticed that the report covered the men's race in great detail accompanied with a picture of the top 3, but only mentioned the first lady!” As the campaign says: “If she can't be, she can't see: so how do we expect young girls to have someone to aspire to!
"I think that in this day in age, it's time for change. Women train, compete and work just as hard as men. Biologically at the high end of the spectrum, we may not be a strong and as powerful as our male counterparts, but we do push ourselves and we do and want to get the best out of ourselves.
"I want to show young girls, teenagers and women that physical activity and sports is not just for the “Elite” or to “Race”. Personally, sport is far more than that, it's friendships, it's opportunities and in a way it allows me to express myself. I’ve met some of my closest friends through sports; I’ve met some of the most inspirational people through sport. I have gotten to travel and have had some of the most fun and memorable days out with my school, club and family. Sport is a release for many and I want to be able to share my passion and enthusiasm and help as many people as possible along the way.
"Women and kids' health is something that I am hugely passionate about and I’m currently finishing up a masters in health promotion through Sligo IT. I’m focusing on kids' health with a project looking at ways to retain young females in physical activity.
"The World Health Organisation (WHO) states that children aged between 5-17 should reach a minimum of one hour of physical activity per day. Only 13% of children meet the National Physical Activity Guidelines. While boys are more likely to meet these guidelines than girls at all ages, this too is on the decline. At post primary school 14% of boys and 7% of girls meet the Guidelines. Research published by Okely A.D et al in the Lancet Child and Adolescent health Journal states that 71.8% of 11-17-year olds do not get enough PA. There is a gender gap of 15% which is the largest in the world behind that of the USA. 63.5% of Irish boy are said to be inactive with 80.5% of Irish girls. Ireland is now ranked as one of the third lowest in the world in terms of PA level within this age category.
"The 20×20 campaign was about creating a cultural shift in the perception of girls and women in sport. There is so much to celebrate when it comes to women’s sport in Ireland, but there isn’t enough noise. 20×20 had three targets to reach by the end of 2020:

Donegal athletics 3 main objective from the campaign are to:
1) Ensure PR of all women’s events and results. Giving them the same coverage as men’s.
2) Including women as valued members of our coaching team, by ensuring adequate training is available to them to progress and upskill.
3) Supporting women participation through, “no proving, just moving” with our fit4life group 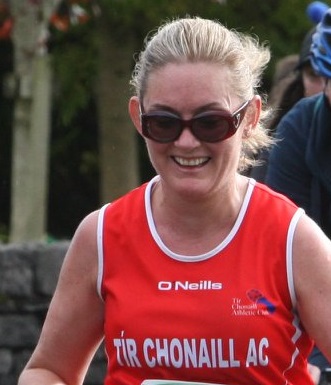 What does being a woman in sport mean to me?
As a juvenile coach with Tír Chonaill AC, I strive at every coaching session to be the best that I can be. I hope my passion for coaching will influence, motivate and inspire some of the young girls to set out on their own coaching journey some day.
As a runner, and a busy working Mum of three young children, I hope to encourage women similar to myself in my own community to realise that running is not just for "elites" and that Mammies too can run marathons !!! Personally, running has given me great enjoyment, increased confidence and that all important headspace on the days that I needed it most! 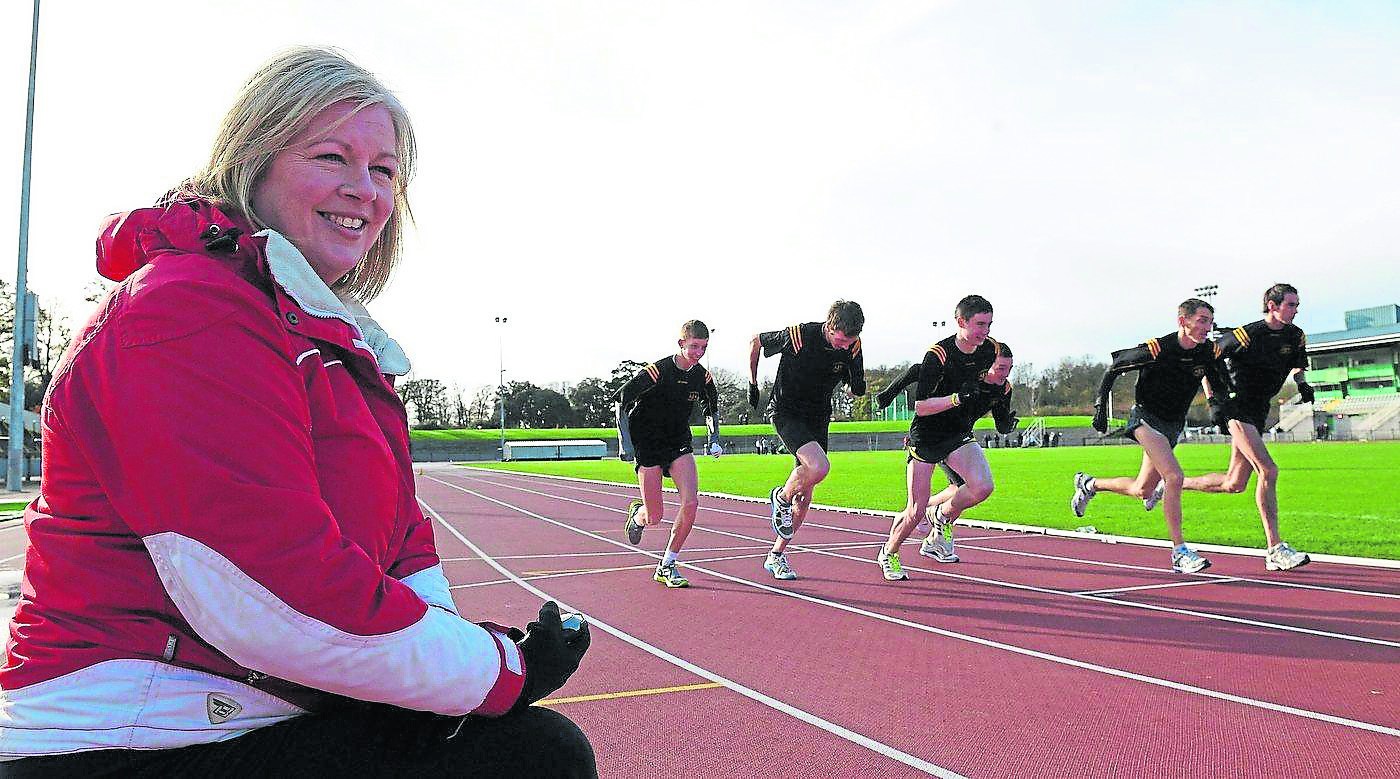 What does being a woman in sport mean to me?
I am pleased to see the impact that Beyond 20 x 20 initiative has created. It’s aims to support, assist, facilitate and encourage women into coaching and management roles is a fantastic resource. I would have appreciated this network and level of support on my journey when I started out as a coach and team manager. There are countless female development programmes being run by National Governing Bodies and local Sports Partnerships. This is not only impressive, but it really excites me to look ahead to our emerging women in what were traditionally male dominated roles.
Come on the Girls!!

What does being a woman in sport mean to me?
My own Mum practised her sport with great commitment alongside being a mother, so I feel I had early experience of watching women in sports and obstacles that they have to overcome.
This now allows me to train without the layers of 'mum guilt' that many mothers in sport feel for pursuing their own goals. I want to show women and girls that sport is a healthy and enjoyable habit.
There are gender inequalities in the support of women's sport and I hope that with the previous 20X20 campaign this will kick off the rapport to heal some of these. 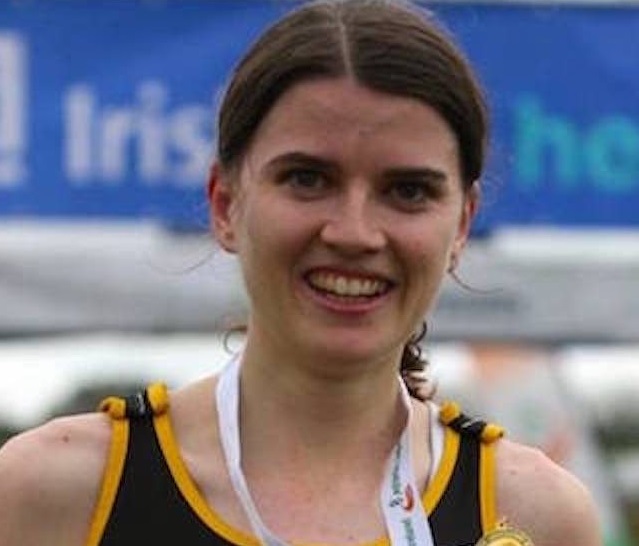 What does being a woman in sport mean to me?
Being a women in sport has given me some of my most treasured memories and days out. I have met some of the most inspirational people along the way.
I hope that we can continue with the 20X20 and that we all take that opportunity to get fit and lead healthier lifestyles.
Having switched codes from soccer to athletics in recent years I’ve learned it’s never to late to find a new sport and give it a go!

What does being a woman in sport mean to me?
My interest in athletics came from my mum who was also an athlete and is now a coach and even as a toddler I always found myself trackside
At first I tried all the running and jumping events which I didn't really like but then I found enjoyment in throws events as I as it came more naturally to me.
My favourite event is Hammer as it is quite uncommon for a lot of females athletes locally and nationally to participate in, maybe for the reason that its portrayed as an event that is all about "brute strength" when in fact there is so much more involved technically.
Sport has given me so many opportunities like travelling to places I'd never thought I'd go and making new friends. Overall sport plays a big part in my life and now more than ever it is important that we all keep active and healthy both physically and mentally. 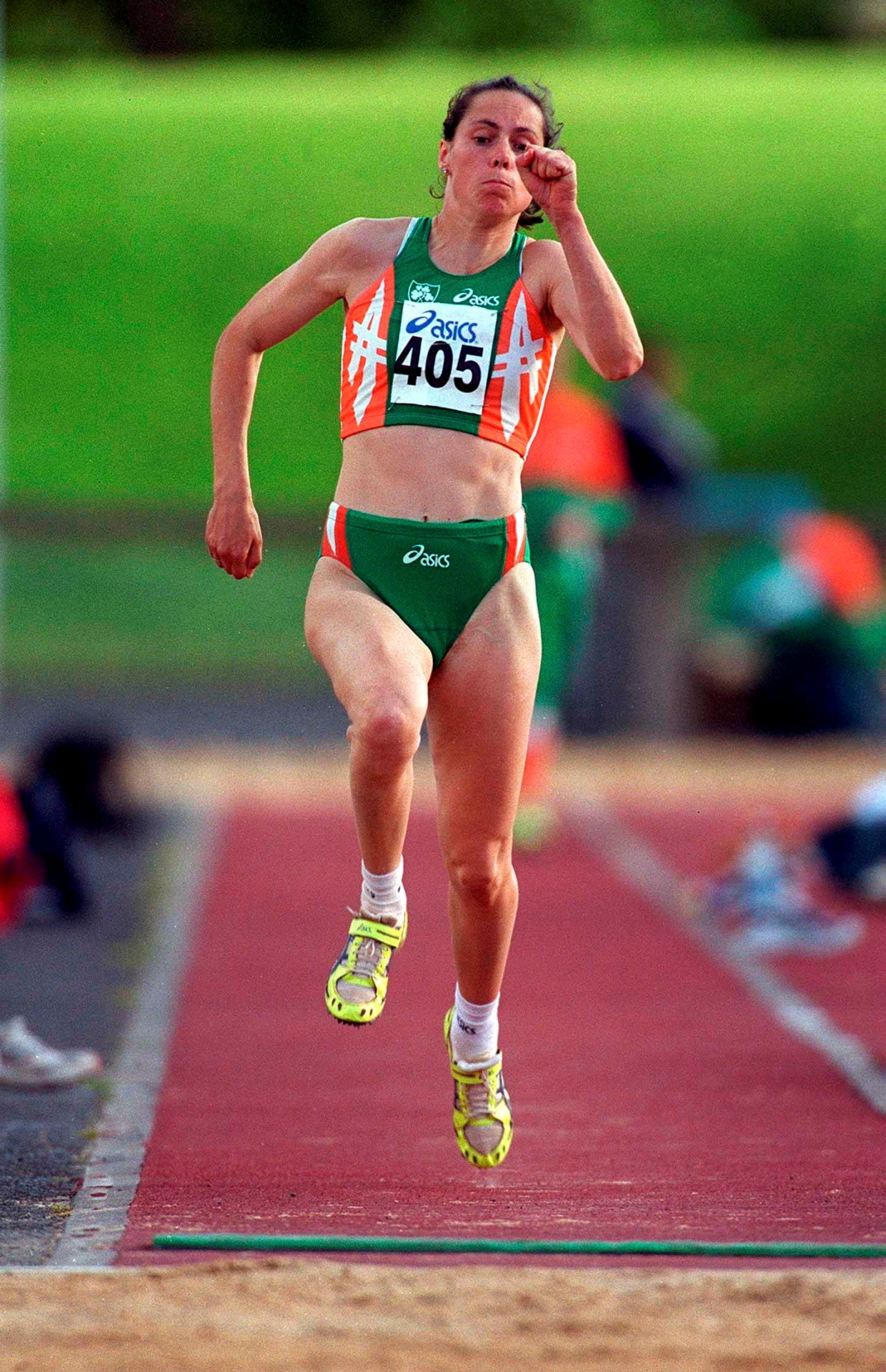 What does being a woman in sport mean to me?
I believe as former athlete, now coach and mum Athletics has given me opportunities to compete at highest level, travel and expand personally in many ways by life experiences, discipline and confidence
I believe females can excel in our sport no matter what, there are loads of different events to suit different types of girls from running to jumps and throws.
I think women are becoming more prominent forces in world sport today , not alone on field as participants but as pundits, ie UK football league sideline reporters and presenters are seeing changes in that respect in last year.

What does being a woman in sport mean to me?
Over the past few years the work by 20x20 aimed at promoting females in sport by boosting female participation rates and also increasing media coverage of women in sport, has been a massive boost to women in sport. As an Irish senior international athlete, I am delighted share my experience and advice and I hope to use my status in Irish sport to take part in actively promoting and planning to increase participation in our female teams/athletes and county/club competitions throughout Donegal.
As a mum of a daughter, I hope I inspire her and continue to inspire her, not just following in my foot steps in athletics but in sports as a whole. It’s really important she has the role models & inspirational individuals to look up to. With the help of this campaign it leads the way forward in terms of structures, pathways, opportunities to equality and opportunities for 50/50 in sport.